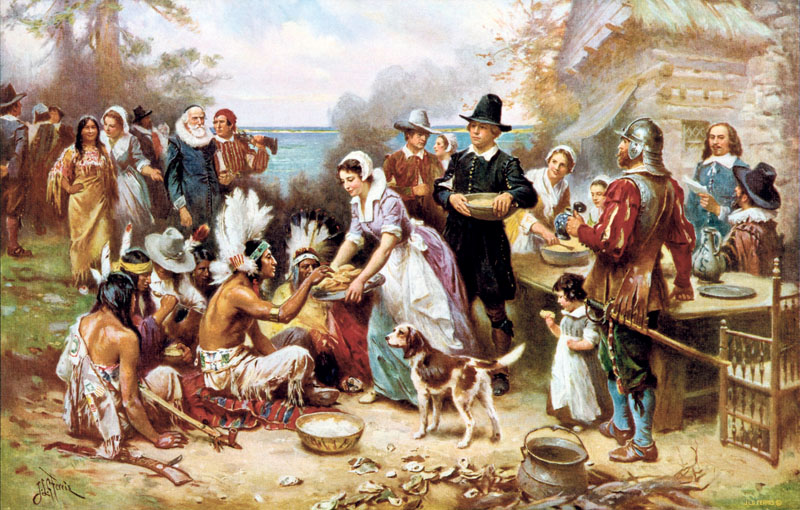 Every year, Old Bethpage Village Restoration—already serving as a living history museum highlighting the colonial past of Long Island—recreates one of the richest and most treasured holidays in American history, served up like they used to in the old days: the 1863 Thanksgiving Celebration.

The Village has been holding the event annually since they first opened in the 1970s, and according to Timothy Van Wickler, Village Supervisor and organizer of the 1863 Thanksgiving Celebration, giving local residents a look into this fascinating and unique aspect of American history is a vitally important part of the Village’s mission.

“I think it’s really nice for the public to be able to see into our past,” he said. “We’re doing the same stuff today, although things are a little more heavily spiced and fattening these days.”

Old Bethpage Village Restorations 1863 Thanksgiving runs two weekends in November; the 18 through 19, and 25 through 26. The event is open from 10 a.m. to 4 p.m. each day and is comprised of several different events, many of them interactive, that will truly give visitors a thorough feel for how Thanksgiving was celebrated in the olden days.

“Most of our emphasis will be on cooking and baking, so for sure we’re going to be doing that in at least three houses for all the days that the event is running,” Van Wickler said.
The cooking and baking demonstrations will utilize traditional, period-specific techniques and recipes using the same types of ingredients found in colonial times. However, while some of the food may indeed look quite enticing, Van Wickler notes that visitors can look, but unfortunately not eat the various Thanksgiving goodies on display, including turkeys, bread and pies.

“We can’t hand anything out to anyone, but you can certainly come and smell it. Also, if you wanted to ask any of our cooks about the recipes, they’re happy to give that out,” he said.

The event will see approximately 25 people working in the Restoration each day, all dressed in authentic 1800s garb in order to give visitors the most authentic historical experience possible.

“This year we have a woman in the church telling historical legends to visitors. She mixes up the legends she tells, so every one of her shows is a little bit different,” he said.

For local residents who have been planning to visit the Restoration but have been putting it off, it’s time to get off the fence; their 2017 season is coming to an end soon, with only a limited handful of seasonal events remaining before they close for the year. But when they do close for the season, they make sure it’s on a very special note, Van Wickler said.

“Our last day that we’re open to the public for daytime hours is going to be Dec. 15,” he said. “After that, we will be closed for a week, but then we’ll be open at night from Dec. 26 through 30 for our special Candlelight Evenings where only half of the Village is open, but the part that is open is lit by candles, torches, and lanterns, and we have musical entertainment, broom making, a big bonfire with hot cider, and a mid-1800s traditional Santa Claus.”

Old Bethpage Village Restoration, since its inception, has offered something special to history buffs and anyone specifically interested in Long Island’s fascinating past.

“It should be a great event,” Van Wickler said. “And hopefully the people that come and spend the day with us will enjoy getting to experience Thanksgiving in the 1800s as much as we do.”