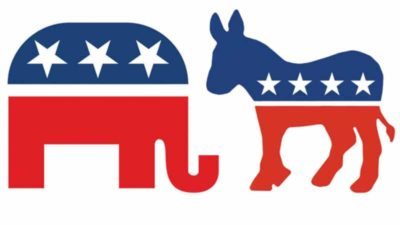 By any measure, the 2016 election will go down in history as the most complex and challenging contest in my long history. I have served at various levels of government for over 30 years and have always set a high standard for any candidate that I support. Over time, I have switched my voting between Democrats and Republicans based on the person and how I think they will perform in office.

By every measure, the candidacy of Donald J. Trump would be a joke if it were not so serious. There is a long history around the world of television, radio and even sports celebrities seeking to capitalize on their name recognition and seek some type of public office. Both Ronald Reagan and George Murphy were movie actors who started their political careers in public office. Murphy flamed out quickly, but Reagan went on to the White House after his role as governor.

Some of my friends tell me that they admire the success of Donald Trump in the business world. Clearly, none of them has ever had any dealings with Mr. Trump or they might think otherwise. I have met more than a handful of people who have done business with Trump and either been stiffed or asked to take an unfair discount. The bankruptcies of Trump have left many investors holding an empty bag.

Even if you choose to ignore his business history, let’s just put his statements and thinking out in the daylight. If you had an old college roommate or former coworker who made nasty remarks about immigrants, women, minorities, veterans and everybody else, sooner or later you would begin avoiding that person because of the discomfort of the relationship.

If your crazy uncle said it once in a while at Thanksgiving dinner, you might accept it, but you wouldn’t elect him president of the United States.

I understand the Trump appeal to a large segment of the population that dislikes government and feels that nobody cares about their concerns. An unemployed steel worker or a coal miner in a dying industry has every reason to think that Trump is going to change their standard of living, but that isn’t ever going to happen. Donald Trump is the old-time traveling salesman who goes from town to town making promises he will never keep.

On the other side of the coin there is Hillary Clinton. She has her share of detractors, but is far and away more competent to serve in the White House. Some talk about the history of the Clintons in negatives. I recall the presidency of Bill Clinton as a great success and my many Republican friends tell me the same. Hillary Clinton has enjoyed a lifetime of public service. Donald Trump has taken care of Donald Trump.

I don’t view the choice between the two candidates as the lesser of two evils. I view Trump as the evil and Mrs. Clinton as a person who can do the job at this most crucial time.