Treading into the cutthroat environment that is today’s music industry is daunting under the best of circumstances. But if you have the talent and goods, sometimes it takes that one break that allows you to ascend to that next level of being a performer who earns a full-time living doing what they love.
For Troy Ramey, that break came when he auditioned for season 12 of The Voice, the NBC reality television singing competition where the Sea Cliff resident got as far as making the Top 12 before getting eliminated. What made it an even more surreal ride for Ramey was the fact that he had no intention of trying to get on the show.

“It’s just the craziest experience that I’ve ever had. I would have never, in a million years, have tried out for The Voice or any show like that. It wasn’t even a blip on the screen,” he explained. “What happened was last year, my music really caught fire on Spotify. I got on some huge playlists and started getting played hundreds of thousands of times a month and The Voice found me and asked if I’d like to do an audition. I figured I didn’t have anything to lose so I gave it a shot. I started off in the preliminary auditions and kept advancing. I got to a point where I was thinking, ‘I guess I’m going to do this.’” 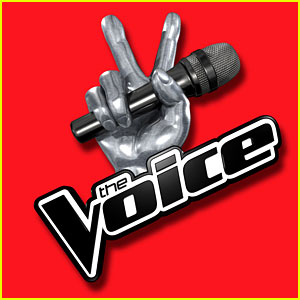 Ramey’s advancement through the ranks kicked off with the initial segment where judges Adam Levine, Alicia Keys, Gwen Stefani and Blake Shelton had their backs to the Vermont native as he sang Cat Stevens’ “Wild World.” The intention is that any celebrity interested in adding the contestant onto their team swivels around to face the person and meet them for the first time. If no one turns around, the auditioning vocalist is sent home. All four judges turned around for Ramey, who wound up having Levine and Stefani vie for him with the latter eventually winning out. Ramey admits it was a game-changing moment for him on a number of levels.

“I think my blind audition was one of the best days of my life. I got to sing a Cat Stevens song, which was a favorite of my father, who passed away a long time ago. It was just a cool thing to have my sisters, mom and girlfriend there supporting me during such a big moment in my career because I’ve been working so hard at this for the past 10 years,” he explained. “I hate sounding clichéd and saying that everything happens for a reason but all the work that I put into my music career throughout my life kind of pointed me in that direction and got me on that stage in front of those four judges. When they all turned around, it was a beautiful moment of affirmation of all the work that I’ve been putting in. It almost took my breath away. I felt pretty confident that I sang the song well and I feel like I’m a good singer and that I have value in music. But you never know what to expect because it still comes down to somebody’s taste and opinion. It was an incredible experience to be up there and see all four of those coaches turn around. I could hear my family screaming in the other room with Carson Daly. It was awesome.”

It’s certainly been a long way for the 32-year-old musician, who was born and raised in Vermont before moving to Rhode Island with his family when he was 15, before heading off to Boston for college. With musical roots planted deeply in the 1970s singer-songwriters his late musician father adored (James Taylor, Dan Fogelberg), Ramey also had a strong affinity for a number of 1990s acts including Usher, Mary J. Blige, Destiny’s Child/Beyonce, Boys II Men, Ginuwine, Toni Braxton and Keith Sweat. And while his first stint at fronting a group wound up being a self- described “Kings of Leon-ish rock band,” his desire was to be a hybrid of singer-songwriter and rhythm and blues artist, not unlike his heroes Brian McKnight and Babyface. It’s a goal Ramey seems well on the way toward given the exposure he’s gotten from being on The Voice on a weekly basis that’s led to multiple appearances on iTunes Top 10 song charts, including topping the iTunes Rock Charts with his version of Tom Petty’s “Free Fallin’.”

For the immediate future, Ramey is unleashing a hoard of original material he’s been stockpiling and reveling in living in Sea Cliff, a community he moved to with his girlfriend after both lived in Massapequa and Freeport. He got the call from the show shortly after relocating to this Town of Oyster Bay community. The quaint North Shore village reminds Ramey of home between its aesthetics and people.

“[Sea Cliff] reminds me of a little Vermont town plopped right on the ocean. Immediately after I moved to Sea Cliff, I got an email from The Voice, asking for me to audition. It was perfect timing,” he recalled. “I kind of felt awkward too mentioning Sea Cliff because I’d literally just moved there, so it’s not like I’m from Sea Cliff. I almost felt like an impostor. But people were still [psyched] to know that someone living in the town was doing something exciting. It’s great to be here and walk around town and have a beautiful and relaxing environment to be inspired by.”