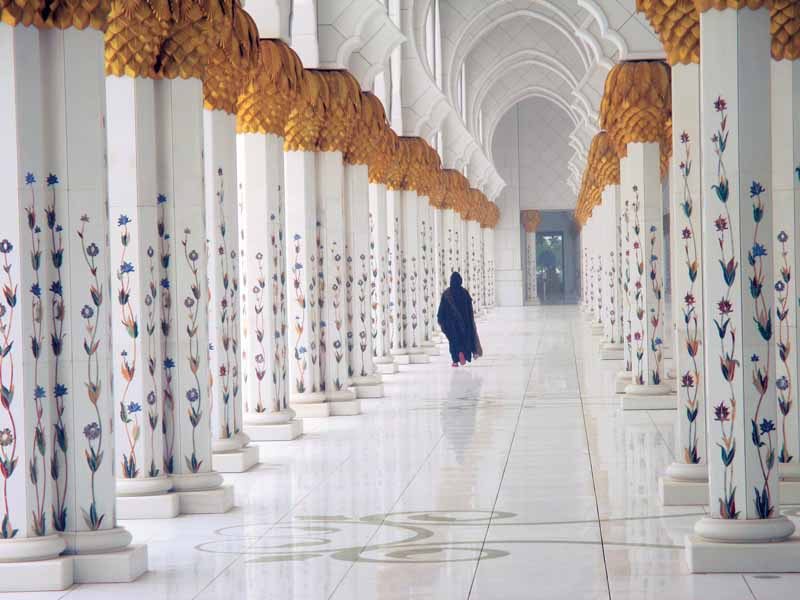 Lyn and I are in a fortunate enough position to have made this proposition to our three grandchildren: when you are 13, we’ll take you anywhere of your own choosing.
There were several reservations, which we explained to them. First, it had to be someplace where they hadn’t been before. Second, it had to be a place that would expand their horizons. Amusement parks and places they had been to were out.

The two older grandchildren were simple: MacKenzie, ever the artist, chose Paris; Ryan, the romantic, opted for Rome and Venice. Jordan, however, couldn’t make up his mind. So while Lyn and I went with the two oldest while they were 13, Jordan delayed until he was nearly 15.

His first choice was Singapore. That was nixed when we all realized that given his peanut allergy, going to a city where it seemed most foods were cooked in peanut oil wasn’t a very good idea.

His final choice surprised—Dubai. Honestly, Dubai has never even made it onto my list of places I wanted to visit. I like both city vacations, for the culture, or beach vacations in foreign places for sheer relaxation and interest; Dubai has neither, it seems. It is a place without historic roots, a brand new city without museums or ancient streets.

What Dubai does have is a lot of heat. That left Lyn out, as she doesn’t do well when it gets above 80 and Dubai in August averages a high of 105. But that was Jordan’s choice and it was his trip.

So during the first week in August, Jordan and I took a 13-hour, non-stop flight to the Arabian Gulf, just the two of us with one carry-on bag each, ready for Jordan’s great adventure.

We encountered our bump at the airport. Jordan’s carry-on was the right size but too heavy. We forgot about the weight limits. No big deal, although when we returned home we did have a long wait to pick-up the bag at JFK when both of us were really eager to get back into our own homes.

Towards the end of the journey, I asked Jordan if he had any advice for a grandparents-grandchild trip. “Give them their own space,” he said. This was a practice I had followed during the vacation. There was the temptation to get very involved. The vacation was a rare opportunity for just the two of us to spend all this time together. But what I saw as bonding, Jordan could easily have easily experienced as an invasion of privacy.

So we had plenty of time where each could be alone. I went to the beach without him—the water in the Gulf was so hot, he wasn’t interested in swimming. I used the hotel’s steam room and took a nap in the afternoon. Jordan used the time to stay in touch with his friends and watch Youtube.

I had to continue to remind myself that for him this was his first time to be really exposed to a foreign country. I thought about the first time I experienced a foreign culture, so I had to back off some and not push too hard. The trip was to broaden his horizons but he couldn’t be so overwhelmed that he would close up. 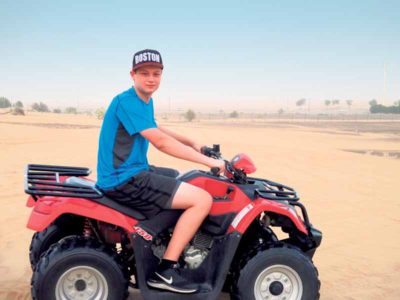 I insisted on some things, despite his objections, but let others go. For example, he didn’t want to go to the grand mosque in Abu Dhabi but after I wouldn’t let him turn it down, he agreed that the building was spectacular. He wound up taking several photos there himself. However, he didn’t want to try the camel’s milk ice cream and I let that one go.

Jordan’s biggest accomplishment, I thought, was ascending to the top of world’s tallest building. He is afraid of heights, yet he did it and even inched up to the edge of one of the observation decks. He said he thinks he has now gotten over his acrophobia.

There were times I wasn’t sure that the trip was such a good idea. This was very far, very different and very hot (two days, 120 degrees). But at the end of the week I think it was what both of us wanted. Jordan, on the way home from the airport, chatted with his parents, telling them enthusiastically about some of his highlights. What will he bring away from it? Only time will tell. What did he learn? Probably not what I thought he would. Dubai isn’t the culture of Paris or the antiquities of Rome; it is a thoroughly modern city, a glimpse into the future and we are both glad we saw it together.

Part one of the Dobrins’ travel adventure with their grandchildren printed in the Aug. 16, 2016, edition of Anton’s Senior Life. Click here for the story.