Against The Wind: One Man’s Fight

With the passage of the Trump Tax Plan just before Christmas, Governor Cuomo’s response was to issue an executive order to allow residents to pre-pay 2018 real estate taxes before Dec. 31, 2017, to take advantage of the change of the tax law which becomes effective in 2018. The new tax law limits the amount of income tax and real estate tax to be deducted, capped at $10,000. Obviously, it is a big issue for those who reside on the Gold Coast of Long Island.

According to a report issued this past April by Attom Data Solutions—a national real estate information company, the average property tax bill in Nassau was $11,232 last year, one of the highest in the nation, so it is no wonder the population of the Town of North Hempstead, with the majority carrying real estate taxes well over $10,000, are running to pay them before the end of the year.

“This is what happens when Washington passes a bill in the dead of night and doesn’t vet it with the public,” said Cuomo. “They called it a tax cut. It’s not a tax cut for New Yorkers, Californians, people who live in blue states, Democratic states. It’s basically a tax increase.” 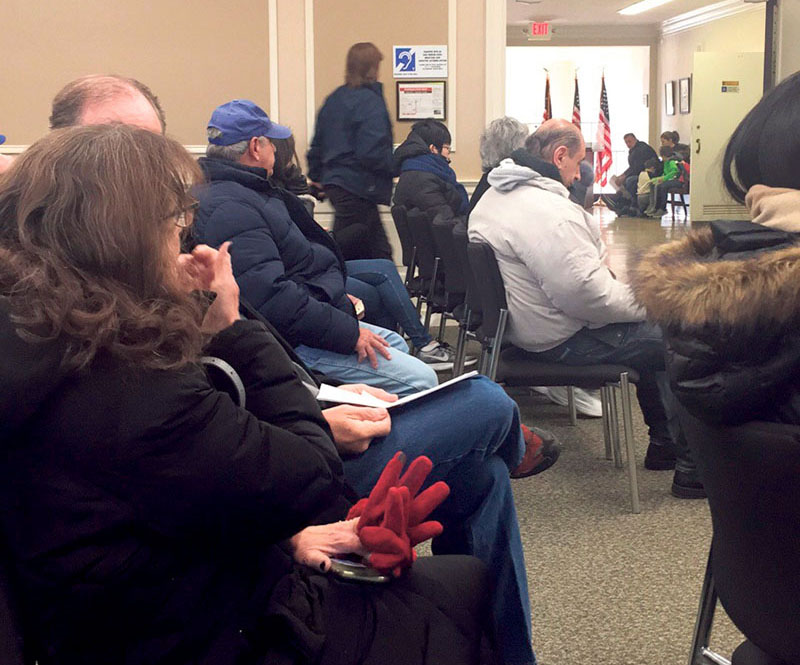 Meanwhile, the execution of the order was answered by the Town of North Hempstead under the leadership of the Honorable Judi Bosworth, supervisor, and her Receiver of Taxes Charles Berman.

With temperatures in the teens, the Town of North Hempstead had opened its doors and extended hours so that residents could bring in their payments. During what usually is a quiet period for town employees during this holiday week, several employees told me they are working Saturday, Dec. 30, and Sunday, Dec. 31, so that residents can make their tax payments before year end.

Traditionally, the receiver of taxes issues the General Tax statements for 2018 in January 2018; the last payment of General Tax for 2017 was paid in August 2017. Now agencies are scrambling to print tax bills; however the IRS has not made a determination whether prepaid 2018 General Taxes are an allowable tax credit. These issues and many more will be topics that accountants will deal with in the upcoming April tax filing.

Regardless, the town’s coffers are definitely much bigger than they were a week ago.