Top Of The Toppings

No beach? No problem. You can have a mini bake in your backyard.
Read more
TOP STORIES 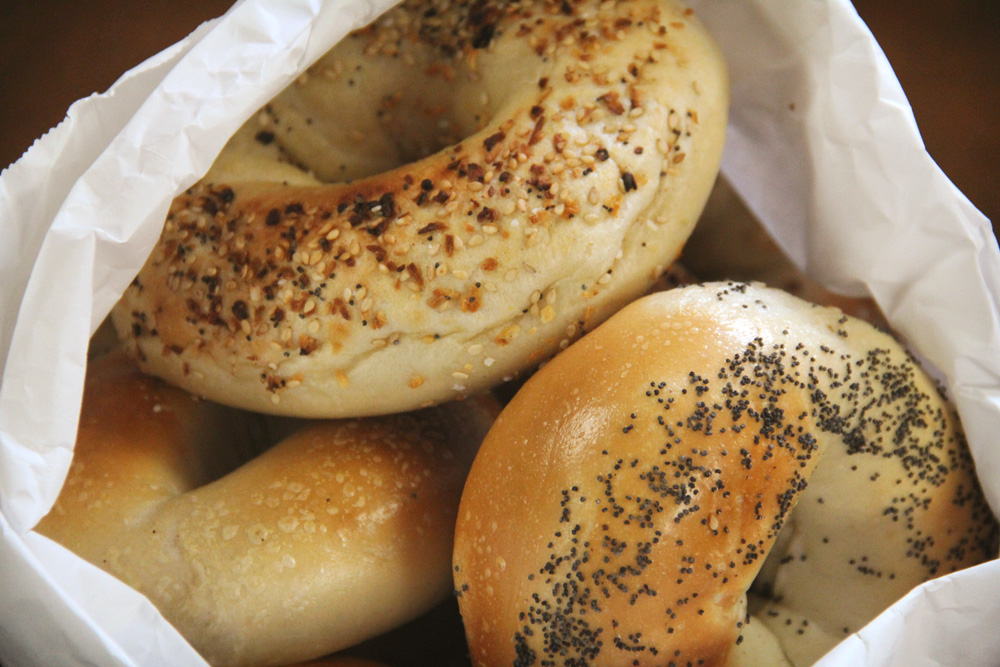 Only a sociopath would smear scallion cream cheese on a cinnamon raisin bagel.
With this truism in mind, it is time to explore the perfect pairings for bagels. From cream cheese to butter to something else entirely, every bagel has a preferred flavor mate.

Pure texture and chew factor, the plain bagel is the gold standard of bagel stores. For this reason, a simple schmear of plain cream cheese or butter is the best way to go.

For anyone who thinks a plain bagel is too plain, the egg bagel comes in with its yellow hue and an extra richness that is only elevated when it is cut with the garden bouquet of veggie cream cheese.

The oft-forgotten bagel is reminiscent of a chewy pretzel, with a sharp-saltiness that adds zing to any topping—but go the extreme route and add a smoky whitefish salad spread for an oceanic spray.

There are few more satisfying bites than a toasted cinnamon raisin bagel with butter that sits in that perfect temperature between solid and melted. Kick up the sweetness with walnut raisin cream cheese spread.

The good thing about everything bagels is that they literally taste great with everything. The loaded bagel adds bite to plain cream cheese or butter, but it is also sturdy enough to stand up to strong schmears like whitefish or lox spread. But perhaps the greatest addition to the everything is the classic breakfast combo of bacon, egg and cheese.