By Reba Putorti and Brianna Ciniglio

The fall television season is upon us and with the plethora of programming available, here are picks we feel are going to wind up being a constant presence on your DVR. 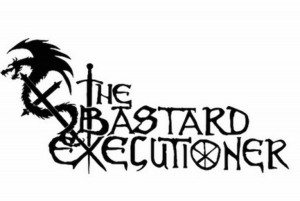 1. The Bastard Executioner – From Sons of Anarchy creator Kurt Sutter, this series is set in 14th-century Wales and follows a warrior who decides to lay down his sword, only to then start a new life as a journeyman executioner. Be warned that the level of brutality of this FX series that airs on Tuesdays at 10 p.m., makes the violence on Game of Thrones seem like a pillow fight. 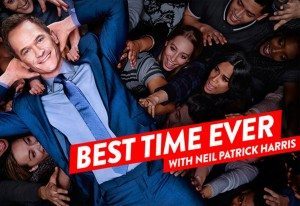 2. Best Time Ever – This live show stars Neil Patrick Harris and has a Tuesday, 10 p.m., time slot on NBC. Adapted from the British variety series Ant & Dec’s Saturday Night Takeaway, this program, hosted and executive produced by Harris, will feature gags ranging from pranking celebrities to calling on the audience in the studio. There’s even a chance that viewers can wind up on the show. 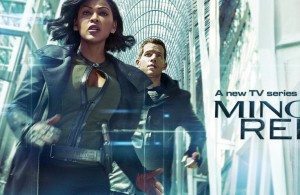 3. Minority Report – Set 11 years after the 2002 film of the same name, this series follows Dash, a Precog who has the ability to predict crimes. Although the Pre-Crime Unit seen in the 2002 film has been abolished, Dash uses his abilities to assist Detective Lara Vega to prevent crimes. You’ll find this series on Mondays at 9 p.m. on Fox.

4. Blindspot –  Waking up with no idea who she is and covered in tattoos, actress Jamie Alexander plays a lost soul in search of her identity. What does the ink mean? Why can’t she remember? See it all unfold on Mondays on NBC at 10 p.m. 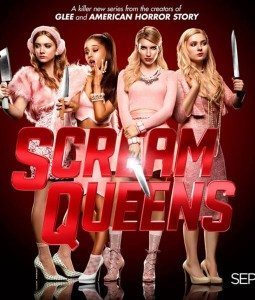 5. Scream Queens – Ryan Murphy has already successfully directed two hit television series (American Horror Story and Glee), so it is fairly safe to assume that Scream Queens will draw in a lot of attention. This horror-comedy series, featuring Emma Roberts and Jamie Lee Curtis, follows a college sorority that is being stalked by a murderer. Catch it on Tuesdays at 8 p.m. on Fox. 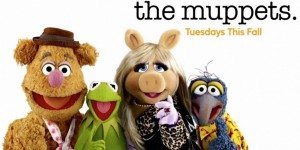 6. The Muppets –  Don’t be fooled. Yes, it’s the Muppets we know and love, but this time, it’s not for kids. Airing on ABC on Tuesdays at 8 p.m., The Muppets, helmed by co-creators Bill Prady (The Big Bang Theory) and Bob Kushell (3rd Rock From The Sun) is a show-within-a-show mockumentary (not unlike The Office) that takes place in Los Angeles as the Muppets work on the fictional Up Late with Miss Piggy and will show the cast at work, love and play during their daily routines. 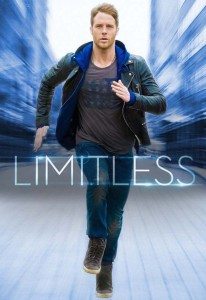 7. Limitless –  Based on the 2011 movie of the same name, the new television show is about a newly invented drug that enhances the function of the brain. Imagine knowing everything you’ve ever wanted to know, and then some—the true definition of a know-it-all. Between helping solve crimes and causing a few of his own, actor Jake McDorman stars in this new hard-hitting series. It’s currently airing at 10 p.m. on CBS. 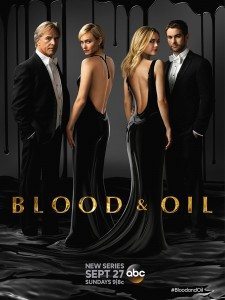 8. Blood & Oil – This ABC drama that debuted on Sunday, Sept. 27, at 9 p.m. is a high energy, fast-paced adventure that should have you on the edge of your seat. Don Johnson, Chace Crawford and Rebecca Rittenhouse star in this new series about life in North Dakota, where the biggest oil boom ever in America strikes. Filled with opportunity and escapades, the main characters struggle with choices to make when faced with an intense industrialist, wondering if they can make it out together. 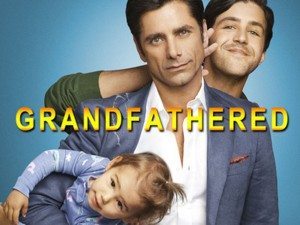 9. Grand-fathered –  It’s been 20 years since the last episode of Full House and the world seems more than ready to have John Stamos back in the comedy scene. In this new series, the carefree ways of confirmed bachelor Jimmy Martino (Stamos) suddenly change when he learns that not only does he have a son (Josh Peck) that he wasn’t aware of, but also a granddaughter. This series premiered on Tuesday, Sept. 29, at 8 p.m. on Fox. 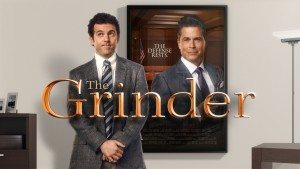 10. The Grinder –  Just because Parks and Recreation is over does not mean that Rob Lowe is disappearing from the television scene. In the new comedy series, The Grinder, actor Dean Sanderson (Lowe) returns to his hometown after his television show, in which he plays a lawyer, is canceled. He decides that his experience as a lawyer on television qualifies him to work at his family’s law firm. This series premiered on Tuesday, Sept. 29, at 8:30 p.m. on Fox.