Seeing how Tony Bennett has 50-plus years of performing in the books and a discography of 57 studio albums, 11 live recordings, 31 compilation albums and 81 singles, it’s a bit daunting wondering where to start with arguably the greatest living American singer. (And painter. To see a list of his favorite artists, click here.) So here’s a good place to start: 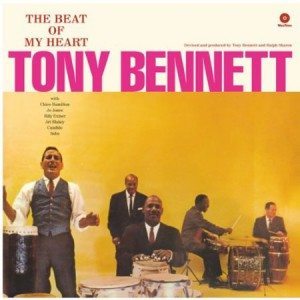 The first time Bennett teams up with longstanding creative partner/pianist/arranger Ralph Sharon. With a number of percussive heavy hitters aboard including Art Blakey, Chico Hamilton, Jo Jones and Sabu, the songbooks of Irving Berlin (“Let’s Face the Music and Dance”), Howard Arlen/Johnny Mercer (“Blues in the Night”) and Al Dubin/Harry Warren (“Lullaby of Broadway”) are handled with aplomb. 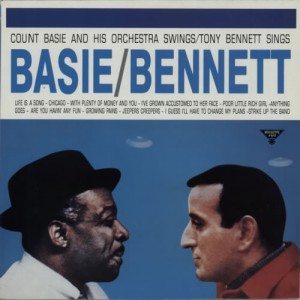 The Count and the kid from Queens swing and swoon through numbers by the Gershwins (“Strike Up the Band”), Cole Porter (“Anything Goes”) and Noel Coward (“Poor Little Rich Girl”). 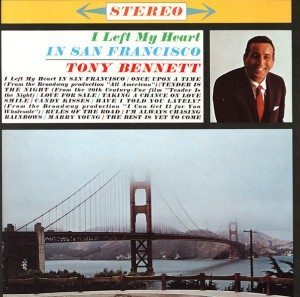 One of the best-selling albums of Bennett’s career, this gem peaked at number 5 on the Billboard pop albums chart and went platinum thanks to the success of the signature title track, Bennett’s take on the Charlie Chaplin classic “Smile” and a trio of Carolyn Leigh/Cy Coleman numbers (“Rules of the Road,” “Marry Young,” “The Best Is Yet to Come”). 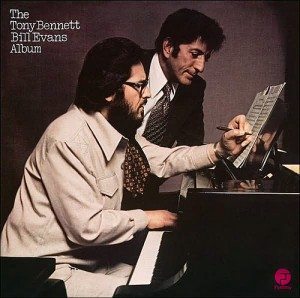 After wandering the commercial music desert, Bennett wound up being to indulge his love of jazz and the Great American Songbook with piano-playing great Bill Evans and coming away with great interpretations of Ned Washington/Victor Young (“My Foolish Heart”), Henry Mancini/Johnny Mercer (“Days of Wine and Roses”) and yet another Cy Coleman/Carolyn Leigh number (“When in Rome”). 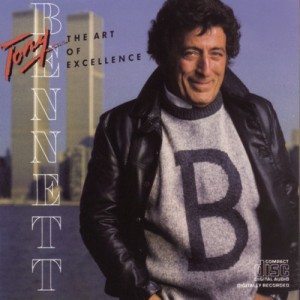 The start of the latter-day comeback came via this return to Columbia Records with some help from the Ralph Sharon Trio and the U.K. Orchestra. Here Bennett tucks into numbers by Cy Coleman (“The Day You Leave Me”), Irving Berlin (“I Got Lost In Her Arms”) and Fred Astaire/Tommy Wolf (“City of the Angels”). 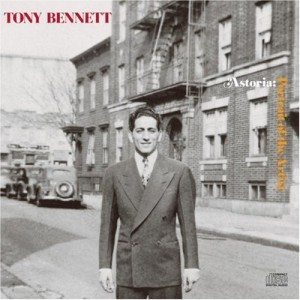 The Ralph Sharon Trio and the U.K. Orchestra return to accompany Bennett on standards (“Body and Soul”), a re-recording of the vocalist’s initial Columbia recording (“The Boulevard of Broken Dreams”) and a trio of numbers by new songwriting source Charles DeForest (“When Do the Bells Ring For Me,” “Where Do You Go From Love?,” “I’ve Come Home Again”). 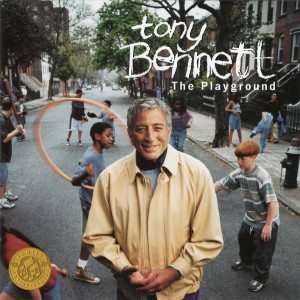 Yes, it’s a children’s album but who else could significantly class up a genre that’s normally the domain of Raffi and The Wiggles? Here, Bennett throws in gems that straddle generations (“(It’s Only A) Paper Moon,” “Ac-Cent-Tchu-Ate the Positive”) and manages to duet on separate tracks with Elmo (“Little Things”) and Kermit the Frog (“Bein’ Green,” “Firefly”). 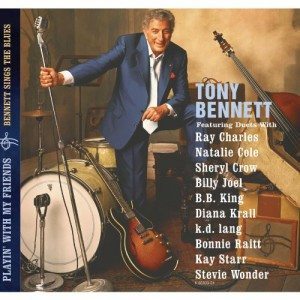 Playin’ With My Friends: Bennett Sings the Blues (Columbia/RPM) [2001]

Maybe because it was released in the wake of 9/11, this is a collaborative album that often gets overlooked in the latter-day Bennett canon. The Ralph Sharon Trio are here front and center with a little help from saxophonist Harry Allen and Hammond organist Mike Melvoin. Joining Bennett in the studio are heavy hitters Ray Charles (“Evenin’”), Bonnie Raitt (“I Gotta Right to Sing the Blues”), Stevie Wonder (“Everyday [I Have the Blues]”), B.B. King (“Let the Good Times Roll”) and Billy Joel (“New York State of Mind”).