TOBAY Town, State And Federal Officials Meet To Tour And Evaluate The Beach

Closing Out A Career Of Helping Others

Guidance Center executive director retires after 45 years When Andrew Malekoff retires in July, it will have been after spending his entire 45-year career at...
Read more
TOP STORIES

After urging the U.S. Army Corps of Engineers last month to help restore the approximately 1 million cubic yards of sand lost on TOBAY Beach, Town of Oyster Bay supervisor Joseph Saladino and town officials hosted a walkthrough last week with members of the corps, as well as Department of Environmental Conservation (DEC) officials.

“We talked about the different options and what is feasible,” said Saladino. “We broke it down into short term planning and long term planning. I drove them myself along the shore in our beach wagons to show them what happened. We drove all the way to Jones Beach and then all the way to Babylon. We have to be focused on our residents having the enjoyment of the beach. So we are now working on a process to start fortifying the beach with sand.”

The town needed the assistance of the state and federal agencies because most options they have would require their permission and resources. For instance, the town would need to get the Army Corps to take sand from lower in the ocean and bring it to the shoreline, otherwise known as sand dredging. If the town wanted to bring outside sand in, they would need to get it certified by the DEC.

“We’re not allowed to replenish the sand by law without a long process by either the Army Corp, DEC or both,” said Saldino. 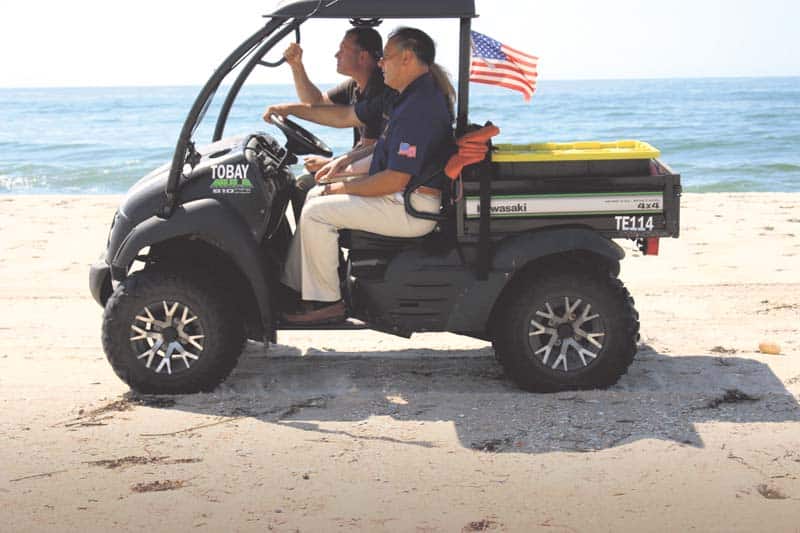 In the short term, the town has made it so residents can access more of the three-mile beach the town owns, beyond the usual one and a quarter miles that they are restricted to. The town had installed new bathrooms in the east and west tunnels so residents are closer to the facilities if they are further out. In addition, the supervisor encourages those to try out the bay side of the beach, which recently underwent upgrades with news restaurants and the spray park.

In the long term, the town is hoping to get permits to begin a dredging process, as well as to hire maintenance to keep the beach from eroding the way it has. In addition, the supervisor is hoping that members of the state legislature can acquire the necessary funding needed for these projects, in order to alleviate the cost from residents.

“That was the purpose of the meeting to get some of the Army’s and DEC’s suggestions on this since they are the experts on this,” said Saladino. “They provide the permits for whatever long-term solution we embrace. We have tasking them with the best solutions to the long-term approach and helping us formulate the short-term options that help get sand back on the beach quickly, restoring the summer for our residents.” 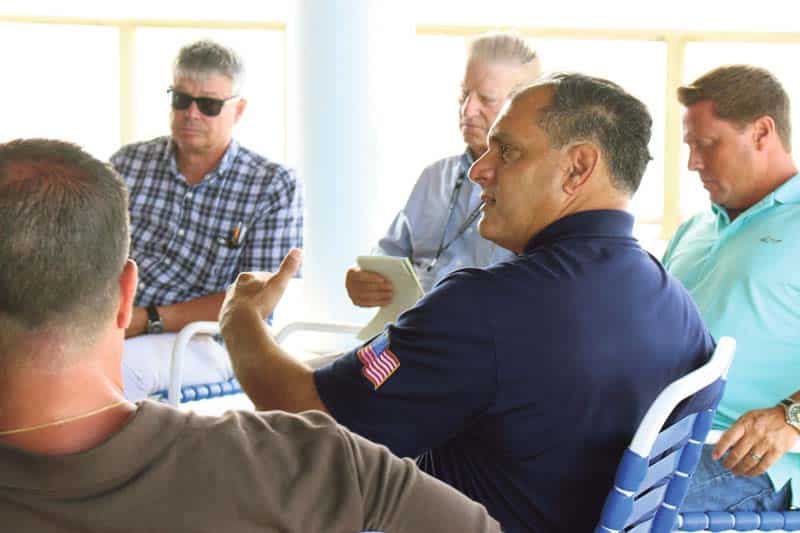 The supervisor also made a note that U.S. Senator Chuck Schumer and U.S. Congressman Peter King have also been made aware about situation.

“I grew up at the beach,” said Saladino. “Some of my earliest and best memories was when my family took us the bay side where we had a ball collecting shells, playing with the sea life and swimming in the salt water. This facility means everything to me and I will get it back.”

The damage to the beach was first noticed after a storm in May greatly affected the shoreline. Saladino said he was notified when employees on the beach noticed the “unusually large amount” of the sand eroded. Among the potential contributors to the crisis was a change in water currents after the addition of dredged materials at West Gilgo Beach in the neighboring Town of Babylon.