To Shell And Back

Grand Central Oyster Bar is worth another visit 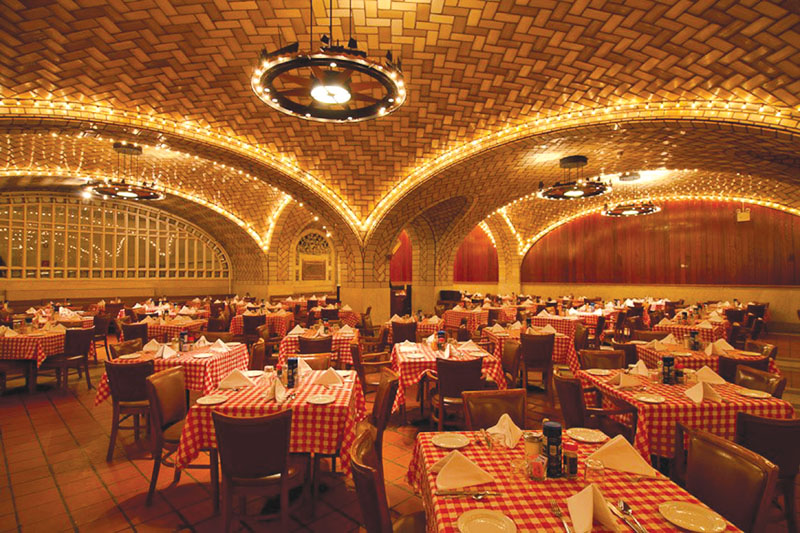 The Grand Central Oyster Bar & Restaurant has been in the belly of Grand Central Terminal since 1913. Through its heyday in the 1930s to its brink of decay during the city’s dreary 1970s to its renovation renaissance in 2014, the Oyster Bar has remained a destination in a city full of destinations. Cynical New Yorkers might scoff at it as a clichéd tourist trap—but to do that is to deny oneself a meal that is classy, comforting and free of stuffy snobbery.

Coming to be during the Woodrow Wilson administration, the Oyster Bar, with its arched ceilings and near-mythical bar, boasts just the right amount of nostalgic class left uninterrupted by modernity. Today, the menu includes fresh catches of the day, a raw bar, shellfish platters, lobsters, stews and pan roasts, to the surprise of absolutely no one, it’s those platters of ocean-cold oysters served atop mounds of ice that are the real draw. Much like the bar, oysters are an uninterrupted food. Plucked from the sea, oysters are shucked open carefully as to not disturb the precious ocean liquor inside. And aside from the classic accouterments of vinegar, horseradish, lemon, cocktail sauce and maybe some hot sauce, oysters are best slurped without any influence from a chef.

With that said, the restaurant does offer cooked-oyster treatments, including fried oysters, oysters Rockefeller and what is probably its most famous dishes, the oyster stew and oyster pan-roast. That one is colored with deep lusciousness of the ocean floor—strong and briny, the kind of flavor that stays in the back of your mind a week after tasting it. A busier take on oysters is the Roasted Bluepoint Oysters in a grilled pineapple-chipotle-lime butter sauce. The addition of pineapple brings an acidity to oysters that works quite well, while the mere fact that the sauce is butter-based makes it a sumptuous bite.

But oysters are best simply shucked and presented. With oysters originating from up and down the East and West coasts, the bar covers all flavor profiles. There’s the briny Prince Edward Island variety; the sweet and delicate version from Baja, Mexico; the strong and metallic bruisers from Maine. No matter the taste, at any given time, the restaurant avails the public to dozens of oyster species daily, depending on weather and climate conditions, as well as the bountifulness of the harvest.

Beyond oysters, the restaurant has a full section on its menu titled “Today’s Catch” with about 20 options including whole branzino, brook trout, red snapper, arctic char, monkfish and more. One of the best catches is the whole broiled flounder, with its painfully delicate flesh and browned, crispy ends. With plenty of bones, this is a fish you take your time dissecting and eating.

Back to those aforementioned pan-roasts, a dish that some of the biggest local media outlets have called the city’s greatest dish—specifically the oyster pan-roast, with it’s buttery creaminess and oceanic shock thanks to an infusion of clam juice into the recipe. It’s less hearty than a stew, but so much more than a mere soup. The silky concoction is finished with a dash of the restaurant’s secret chili sauce and a slice of white bread that soaks up all that goodness. Besides oyster, the pan-roasts are also available with clams, shrimp, lobster, Ipswich, sea scallop and a combination with everyone in the pool, served in the oyster bar’s original steam kettles. 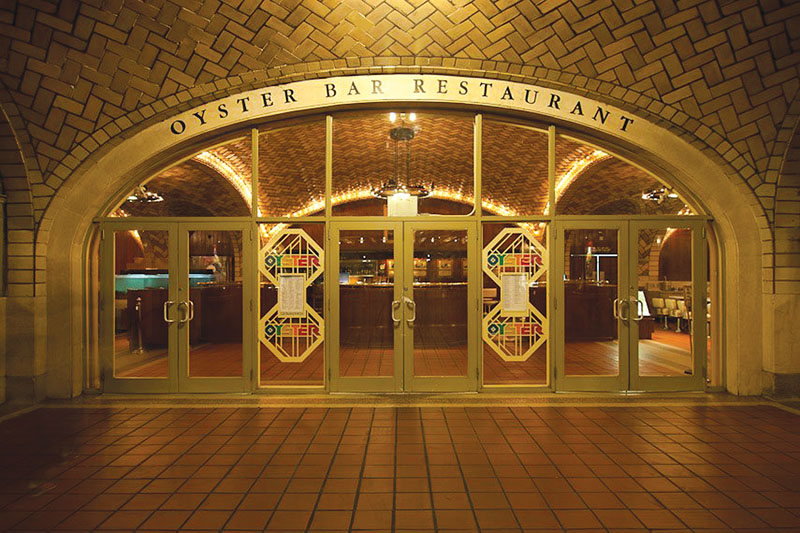 Washing down that seafood bounty is the oyster bar’s list of 70 wines, along with 30 beers. There’s also a vast selection of spirits, with two of the restaurant’s signature cocktails—the Manhattan and martini—hitting the brain in a way that elevates the classiness of the entire dinner affair.

As if great food wasn’t enough, the oyster bar’s setting brings it to a new level. The glorious tile work, dramatic arches and dark-wood walls all converge to make the dining experience feel like it is taking place within a work of art, making the restaurant perfect for elbow-rubbing at the bar or an intimate romantic meal. Grand Central Terminal itself conjures an otherworldly significance that can make anyone feel important or godlike walking through its cavernous halls and vast main lobby. Cynical New Yorkers barely take notice, but there is a reason tourists gawk at the surroundings and stand mouth-agape as they absorb the pure grandeur. So while the transit hub’s food concourse has everything from burgers to sushi to fried chicken

to pitas, a stop at the Grand Central Oyster Bar is a rite of passage for all wayfarers—from wide-eyed first-time visitors to the unshakable locals.

Previous articleIs Regenerative Medicine The Answer To Arthritic Aches And Pains?
Next articleLong Islanders Rally For Reunification Of Families Separated At Border