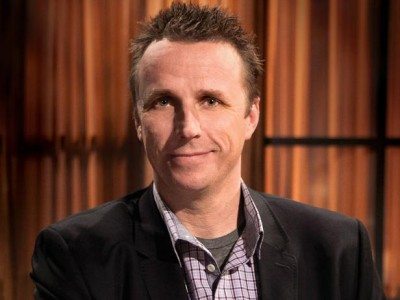 It’s the time of year when the “T” word is in full force: tailgating. And football fans do it best. But if you’re tired of grilling burgers, packing a cooler full of sausage and nibbling on chicken wings, try something new before the big game.

Executive chef, restaurateur and television food personality Marc Murphy is all about making tailgating an experience.

“It’s all about the pre-game,” he said. “People spending time together, eating and drinking some of their favorite things and rooting for their favorite team. What’s better than that?” 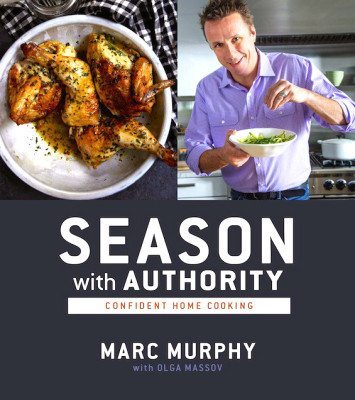 Shying away from the cliché cookery and condiments, Murphy kicks his tailgating up a notch with some haute cuisine of deviled eggs with fried oysters, a dish he serves at his restaurant, Ditch Plains. How’s that for a pre-game meal?

“The deviled eggs with fried oysters is the perfect tailgating dish because you don’t need plates or utensils, just your hands,” said Murphy, adding that it is also a good dish to serve at room temperature.

Although it is football season, Murphy can’t wait for baseball season.

“My son is a huge baseball fan and it’s such a great experience getting to learn and love a sport through him,” he said. “I now really enjoy baseball, especially the Yankees.”

So instead of heading to the frozen food aisle before the game, consider a fresh new take on a dish that will garner many fans. Murphy’s recipe is available in his cookbook, Season With Authority. 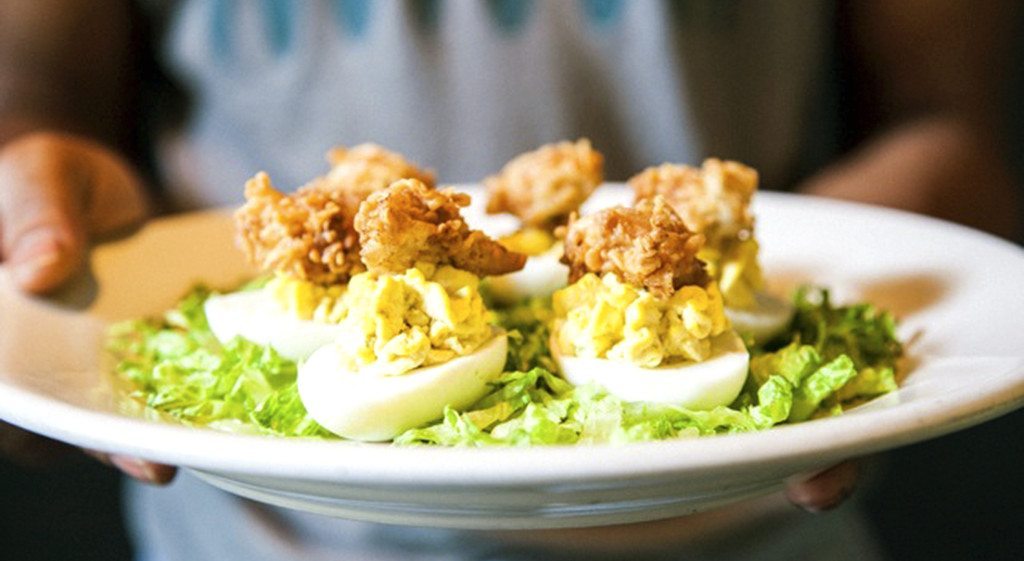 1. Put eggs in pot and cover with cold water. Bring to boil, remove from heat and let sit covered for 10 minutes.
2. Strain eggs and cover with cold water and ice. Let cool for 15 minutes.
3. Peel eggs, cut in half horizontally and remove yolks to a bowl. Mash yolks with mayonnaise, garlic and mustard. Fold in celery and jalapeños and season to taste.
4. Spoon a teaspoon of mixture into each egg white half.
5. In a large heavy bottomed pot or Dutch oven, using high temp thermometer heat oil to 350F. “Dredge” whole oysters in seasoned flour, tap off excess flour.
6. Drop floured oysters into frying oil, in batches 6-8. Fry until golden brown, about 1 minute. Remove oysters from oil and season with salt and pepper. Transfer to prepared plate to drain.
7. Top deviled eggs with crispy oyster and garnish with smoked paprika.