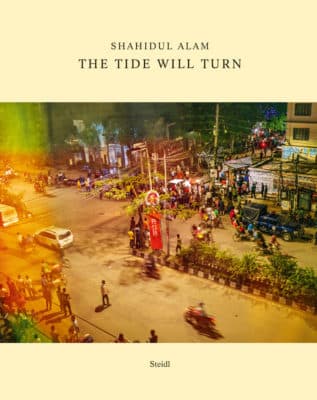 Democracy in a Time of Crisis
Tuesday, June 16, 5 p.m.
Federal Hall
Live stream only
www.federalhall.org
Catch a timely presentation as the Conservancy at Federal Hall kicks off a new series, Debate Defends Democracy. The first session looks at the current crises around racial injustice and executive power, and the ways controversies over states’ rates and freedom of assembly are stressing our democracy (free).

Shahidul Alam with Ram Rahman: The Tide Will Turn
Wednesday, June 17, 10 a.m.
Asia Society and Museum
Live stream only
www.asiasociety.org
Bangladeshi photographer Shahidul Alam was among the journalists chosen as Time Magazine’s Person of the Year in 2018. (He was also jailed and tortured that year for speaking out against corruption.) Find him in conversation on the power of the image—as an expression of emotion, as a means of speaking truth to power, and as a way to share otherwise unknown stories. Alam will also discuss his new book, The Tide Will Turn, which presents a visual critique of autocracy in Bangladesh (free).