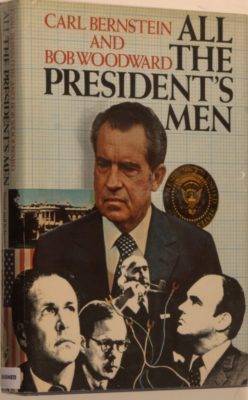 An Evening with Carl Bernstein
Thursday, Oct. 8, 6 p.m.
New-York Historical Society
Live stream only
www.nyhistory.org
Hear the scoop straight from Carl Bernstein of All the President’s Men fame as he joins the New-York Historical Society for a look at the role of the press in Watergate times and how that reporting resonates through to today ($20).

Cinema ’62 A-Go-Go
Saturday, Oct. 10, 6 p.m.
Vitagraph Films
Live stream only
www.vitagraphfilms.com
Catch a variety show virtual experience celebrating one of film’s greatest years and the cultural contexts surrounding it. Special guests, music, and prophetic politics will be included in addition to a little dancing—dressing in your 1962 finest is encouraged ($13).