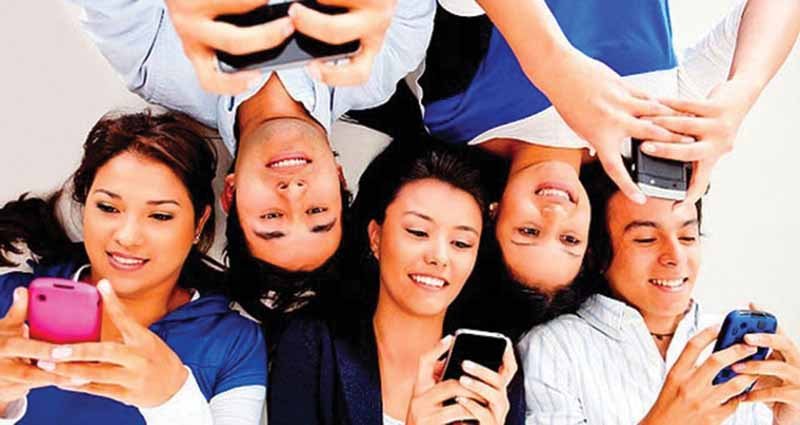 In this age of information and technology, it’s now easier than ever to communicate with others. Social media and texting give people the ability to share thoughts, feelings and conversations with an entire network of friends around the world. But inevitably, the convenience of reaching dozens, or potentially hundreds, of people also comes with a set of consequences.

“None of social media is meant to be harmful,” said Katie Schumacher, the founder of Don’t Press Send, an organization that works to help kids practice safe texting and social media usage. “But it needs to be used with good intent, because it can cause problems.”

Schumacher has shared some tips for kids and their parents as to what to be careful of when texting or using social media and how to communicate safely and responsibly.

Schumacher uses the acronym T.H.I.N.K. as a blueprint for what is appropriate for kids to post or send.

“Ask yourself these questions before sending anything,” she said. “Is what I’m sending thoughtful, helpful, inspiring, necessary or kind? If it isn’t one or more of those things, don’t send it. Think before you click.”

Schumacher also stresses the importance of empathy, particularly when posting something online.

“The screen is emotionally disconnecting us,” she said. “We disregard the feelings of others, but we do it in public where everyone can see it. It’s important to think about how you would feel if you received that same message.”

Another thing that Schumacher stresses is the importance of valuing what little privacy still exists and realizing that getting rid of a post or a text is near impossible.

“There’s really no such thing as a private site,” Schumacher said. “And even with texting, a one-on-one text could become a group chat very easily. Texts can be forwarded to others. And it’s easier than ever to screenshot a text or a social media post, so it will never truly go away. So we have to value our privacy. Everyone has a soapbox now and things are getting skewed over what we should post, but not everything has to be shared.”

While kids often feel a desire to add to their network of friends in any way possible, Schumacher points out that this can be dangerous.

“Never converse with anyone you don’t know, under any circumstance,” she said. “Take Xbox Live. My kids can connect with their cousins who they wouldn’t normally meet, which is great. But there are also predators, so we have to make sure our kids aren’t playing games and chatting with people they don’t know. Even with the volume down, a kid can get caught up in the heat of the game and turn the volume back up. Then if they reveal personal information, people would hear it.”

“Sometimes a post can give a kid a false sense of who they should be,” said Schumacher. “If you’re having a bad day and you see a picture of someone on their best day, it hurts. You’re only seeing the highlights on social media. It’s not real life and we need to remember that.”
Schumacher also warns against conversation that may be interpreted one way in person and a different way online.

“Posting removes context. You don’t get a sense of body language and tone. There are certain things that may be okay to say when you’re hanging out with friends, but they could mean something else when posted. It could be offensive to others. My advice when texting or messaging someone privately would be to go out of your way to clarify your tone. Be extra articulate and clear. Say you mean it with love if you mean it with love.”

Despite her reservations, Schumacher acknowledges that social media is here to stay, but notes that it can be used in a positive manner that’s fun for all.

“Obviously social media isn’t going away, so we have to avoid negativity,” she said. “If you like a post that says something negative, it encourages the poster to continue behaving that way and makes you look like you approve it.”

As to how social media can spread positivity, Schumacher has her own ideas.

“I like to have social media challenge days,” she said. “You can post an inspirational quote, you can compliment someone or publicly apologize to someone you’ve hurt. Everyone gets to do one nice thing on social media that day.”