The Year Of D-Day’s Legacy

An immersive experience captures the fierceness and ferocity of dinosaurs from the popular franchise The allure of dinosaurs has captivated both young and old for...
Read more
Special Sections

The Museum of American Armor located within Nassau County’s Old Bethpage Village Restoration in Old Bethpage, New York, recently announced that 2019 will be “The Year of D-Day’s Legacy,” when many of its educational programs, displays and operational exhibits will allow the visiting public to study the historic lessons of the Allied invasion of Europe that took place 75 years ago, June 6, 1944.

Museum president and founder, Lawrence Kadish, stated, “There are two stark facts. The teaching of history is no longer a priority in many of our classrooms; and World War II, the seminal conflict that shaped the last 75 years of geopolitical events around the globe, is not understood by the vast majority of students currently in public schools. As we approach the 75th anniversary of that hard won assault on the Normandy beaches of France, the Museum of American Armor will strongly advocate to make this chapter in history an essential part of the academic curriculum.”

The museum features many of the operational tanks and artillery that came ashore that June morning to confront the Nazi Third Reich. Throughout the year it creates a variety of realistic tactical scenarios in cooperation with the Long Island Living History Association (LILHA), for the purpose of keeping alive the heritage of those Americans who have served in the military.

The museum’s 2019 focus on D-Day secured praise from Dr. Libby O’Connell, Chief Historian Emeritus, of the History Channel. “It is a sad, but an inexorable fact of life that we are losing the veterans who came ashore at Normandy beach. It is up to institutions such as the Museum of American Armor to ensure we understand the legacy that was left to us by these men and why it still very much matters. Declaring 2019, The Year of D-Day’s Legacy’ creates an appropriate 75th anniversary model for others to embrace because we cannot allow this battle to fade into the barely recalled past.” 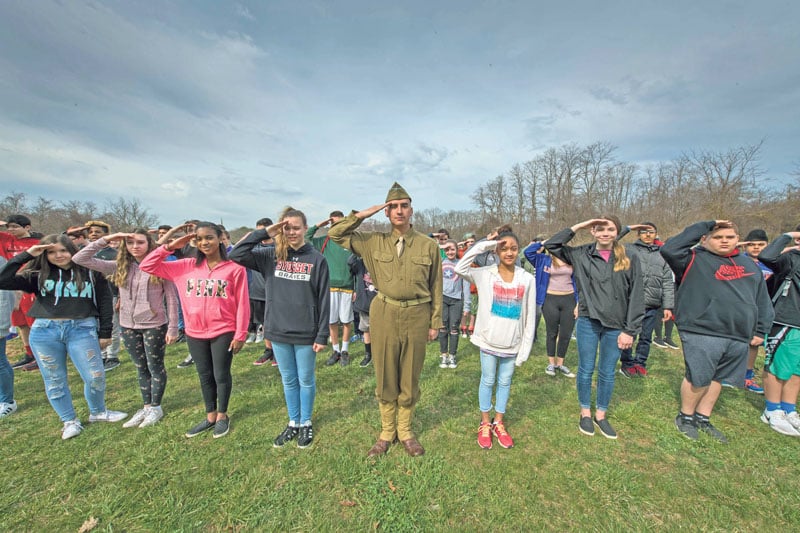 Nassau County Executive Laura Curran has endorsed the museum’s yearlong commitment to recognizing the enormous impact of D-Day on American and world history.

“This spring, Old Bethpage Village Restoration (OBVR) will work in cooperation with the museum and its corps of living historians to host a day-long field trip for high school students across Long Island that will introduce them to this crucial chapter in history. It is part of our ongoing recognition that we have an obligation to keep faith with those who safeguarded civilization, and the many veterans who came home after securing the peace, to settle in Nassau County,” stated County Executive Curran.

Gloria Sesso, president of the Long Island Council for Social Studies, congratulated the armor museum and the Nassau County departments of Parks, Recreation and Museums for creating a program that engages literally every school district on Long Island.

“Unfortunately, not every district will take advantage of this program, and parents should ask `Why not?’ for understanding history is the cornerstone for understanding the world around us,” said Sesso. “On the 75th anniversary of D-Day we have a solemn responsibility to ensure that a new generation appreciates its importance in creating the world they now inhabit.” 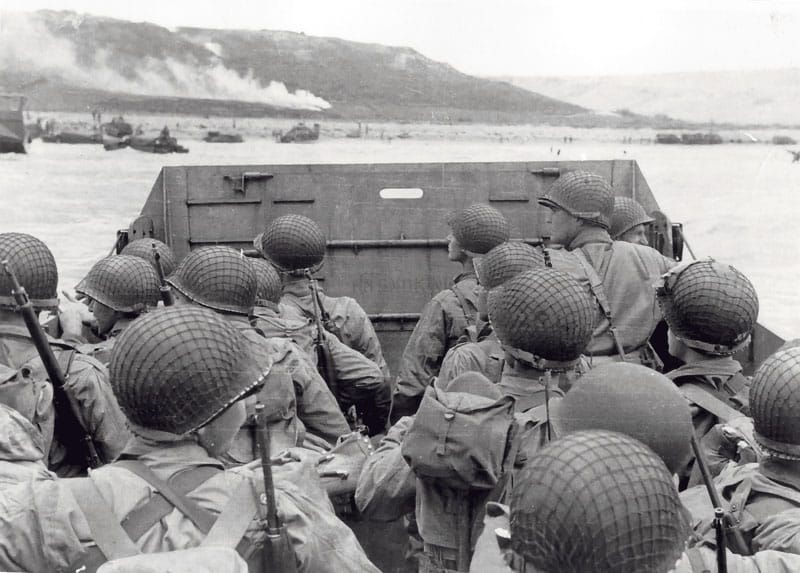 Among the efforts scheduled by the Museum of American Armor during the landmark anniversary year of D-Day is the creation of an age appropriate series of graphic history lessons, symposiums with leading military scholars, and field displays with Allied and enemy armor vehicles that simulate combat tactics used along French country lanes after the Allied landings.

Opened in cooperation with Nassau County Department of Parks, Recreation and Museums, The Museum of American Armor at Old Bethpage Village Restoration is a living tribute to every veteran who has served our country and those who continue to defend our nation today. Its collection includes operational World War II tanks, artillery, armored cars and weapons that broke the back of the Axis powers some seventy five years ago. It is open Wednesday through Sunday, year-round, between the hours of 10 a.m. and 4 p.m.

Requested admission donations to the museum are $14, adults; $7, children 5 to 12 (under 5 are free); and $7 for seniors, volunteer firefighters and veterans. For more information, visit www.museumofamericanarmor.org.