When asked about the Velvet Underground, storied record producer Brian Eno is credited with saying that while the band didn’t sell many records, everyone that bought a Velvets album went out and started a band. While there’s anecdotal evidence to this being true due to the array of acts that claim this New York City outfit to be an influence (David Bowie, Talking Heads, R.E.M. for starters), their impact can be felt even more via The Velvet Underground Experience. This pop-up multi-media art and music exhibition is currently housed at 718 Broadway in Manhattan, a stone’s throw from the Velvets’ East Village stomping grounds.

This immersive exhibit uses film, images, music and archival ephemera to not only use the Velvet Underground as a baseline to build from, but it also reflects and captures what was going on artistically and socially in the creative incubator that was the Big Apple in the mid to late ’60s. It was an important facet of the overall presentation, according to curator Christian Fevret.

“I knew that this was going to be more than the story of a band. It was also the story of the city and the [Velvet Underground’s] spiritual journey. I think that was a fantastic trick to share with visitors because you have fantastic and groundbreaking music that’s still relevant today,” Fevret explained. “You have fantastic characters and the artists around them are very interesting and have, each in their own way, helped shape the Velvet Underground’s sound and image. So this is quite a unique story to tell. It also says a lot about America in the ‘60s and the evolution of our society and it’s also why this band couldn’t have happened in another place. You really needed New York first to have different people like Lou [Reed] and John [Cale] meet. This was only possible in New York. After that, the way they were living and creating with other artists involved in an independent scene could have only happened in New York. This is why there was such a concentration of activity.”

Visitors walking into the exhibit will encounter six main sections: “Welcome to America,” “Reed and Cale, The Childhood of Art,” “NY Spirit—Factory Years,” “Banana Album,” “Reinventions of The Velvet Underground” and “Echoes of Heritage.” It’s a chronological tour that goes from Reed and Cale’s childhoods to the band’s influences on contemporary art as of today. It manages to not only encapsulate the band’s influence on the musical sphere (from Kurt Cobain to LCD Soundsystem), but the Velvets’ effect on art (from Mapplethorpe to Basquiat), photography (from Stephen Shore to Nan Goldin), cinema (from Jim Jarmusch to Todd Haynes) and fashion (from Agnes b to Hedi Slimane). But unlike the recent Bowie Is exhibit, (which Fevret is quick to point out came about after his exhibition, which originally opened in Paris, was well under way), which had an archive at the ready to draw from, the Velvet Underground Experience required creating an archive from scratch.

“Bowie was very, very careful about everything he wore and everything he worked on—he kept everything. There is a big official storage that was managed by David Bowie’s people. So to find the documents and artifacts [for his exhibit] was quite simple. After that, it was a question of laying it out,” he said. “For the Velvets, it was very different because there is absolutely no official archive. You really had to work with each [memorabilia owner] involved. We went through all the contact sheets with each single photographer to really dig very deep and get the best and the most interesting images that we could. This was the kind of thing that takes time. It means going to see the people, spending time with them and working with them on the contact sheets. Also, Lou and John, at that time, didn’t keep anything. The fact that the band had no commercial success makes it also quite difficult, because you didn’t have so many [record] pressings. They didn’t sell a lot of albums and when there was a concert, there was just a few posters.”

Co-presented by Bandsintown and Citi, the exhibit features an array of portraits of the band members and influential contributors who comprised of the New York underground in the ‘60s, such as Allen Ginsberg, Candy Darling, Jonas Mekas and Andy Warhol. It also contains six films produced exclusively for this exhibition with the most interesting being an animated short produced by Anthony Jannelli, who recounts his experience as a 15-year-old student who saw the Velvet Underground play at a New Jersey high school in December 1965 opening for local headliners The Myddle Class and opening act The Forty Fingers. It’s a little-known chapter of The Velvet Underground that ranks up there with Jimi Hendrix opening for The Monkees and serves as a piece of first-person history that really resonated with Fevret.

“There are six movies that we produced ourselves and that one was not produced by us. We were in contact with this [Tony Jannelli], who was a 15-year-old kid when he saw the concert at Summit High School in New Jersey,” Chevret said. “For 50 years, he wanted to do something about it. Of course, there are no images of this. so he had to recreate everything with an animated movie. It works perfectly because it says a lot about how much [the Velvet Underground] were considered outsiders in society then. It’s quite funny to think that for their first concert, they played in front of 15-year-old kids. Tony tells the story in a very powerful and moving way and you can understand that it really changed his life in a way.” 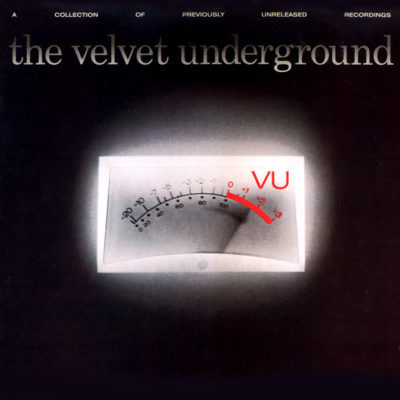 Fevret’s first exposure to the band was as a teenager when he came home from the record store with two albums—a 1985 collection of previously unreleased material dubbed VU and the Jesus and Mary Chain’s debut Psychocandy. The two albums not only found him discovering a dialogue between the two groups, due to the massive influence of the former on the latter, but convinced him of how the Velvets’ music was not only of its time but ahead of its time. The chance to meet Velvets members Reed, Cale, Mo Tucker and Doug Yule while working as the editor of his magazine Les Inrockuptibles during the ’90s, planted the seeds for the Velvet Underground Experience. And while future plans include possibly bringing the show to cities like Chicago, L.A., Seattle and even Canada, he’s convinced what the band represented is as timeless as the music.

“I hope upon diving into the Velvets’ world, people can come out of the exhibition realizing the real legacy of the Velvets, which is the freedom of mind, spirit and creation. And the fact that to create, you have to be very honest, straightforward and cling to the things that matter to you,” he said. Lou was the first one who said to be yourself and not to care about the norms and what society says you should be. That is one of the most important things that people from the young generation can take from this exhibition.”

The Velvet Underground Experience is being shown at 718 Broadway in Manhattan and runs through Dec. 30. Visit www.velvetundergroundexperience.com for more information.