The Tooth Fairy Gets A Modern Makeover 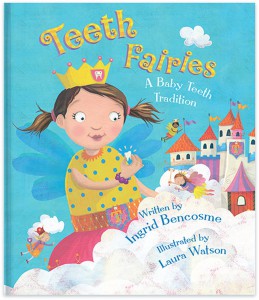 When Manhasset resident Ingrid Bencosme’s daughter’s tooth was loose, the little girl immediately wanted to know about the tooth fairy. That’s when Bencosme, an NYU graduate and former teacher, came up with Teeth Fairies: A Baby Teeth Tradition.

“I was inspired when my daughter got her first loose tooth. I wanted to do something fun and memorable with her, like some kind of game,” said Bencosme, who was surprised when she could not find anything on the market geared towards the Tooth Fairy. “It started as a poem and then I added a lot of details to it. My daughter loved it.”

Now a stay-at-home mom of three kids with one on the way, Bencosme spends her time focusing on a talent that she found comes naturally to her.

“I had always hoped to write, as did my family; they hoped I would write a book, but I never had an idea that I felt strongly enough about that I would take it all the way to the top,” said Bencosme, who added that Teeth Fairies is a dream come true.

Like any parent, Bencosme had to nag her kids to brush their teeth and make good choices in the foods that they eat. She discovered that having a book and a doll as a visual aid was a useful tool that was always helpful to her as a teacher. 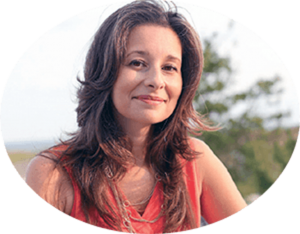 “Using both a book and a doll keeps kids engaged about listening, so I knew it was a winning combination,” said Bencosme. “The ‘Elf on the Shelf’ has been the catalyst for having a book and a doll trend. I always wanted to have the most impact with my daughter and I knew that combination would be the trick. It also gets her imagination going.”

The book is about not one, but several tooth fairies in training, called “teeth fairies.” When a child’s tooth falls out, these teeth fairies are on the job, collecting teeth and making sure each child is abiding by the rules of good oral hygiene. They then report their findings to the Tooth Fairy Boss each night.

As a writer, Bencosme sheds light on the Tooth Fairy. But as a mom, she’s all about answering her kids’ questions.

“The Tooth Fairy has so many mysteries for children. I wanted something tangible that my daughter could relate to and get comfort from because she is always asking me questions,” said Bencosme of Teeth Fairies that has now motivated her daughter to take care of her dental health. “I think that being a mom and teacher definitely helps in all of this. My children inspire me tremendously and I am always trying to find fun, innovative ways for them to go through milestones and those stages.”

To make the story more modern and representative of every child, Bencosme makes each of the fairies a different ethnicity, both male and female. This idea, she hopes, will enable her to turn the book into a series and make Teeth Fairies something that all children can relate to.

Bencosme chose to self-publish her book,and built the Teeth Fairies company from the ground up. It was the research about self-publishing and obtaining information on dental hygiene that was most challenging for her.

“This was not something that I knew I had to learn a lot along the way. The investment in wondering whether this was what we really wanted to do,” she said. “When you have an idea that you feel strongly about and you believe it helps others get over those hurdles in life, go for it.”

She was fortunate enough to gain the attention of several pediatric dentists as well, including Dr. Ruben of Little Smiles of Port Washington Pediatric Dentistry, who spoke to children at
the book launch on Saturday, Feb. 25.

“A lot of dentists want to contribute and we have teamed up with a charity called ‘Communities in Schools,’ which is the nation’s largest dropout prevention organization that helps kids stay in school and maintain a healthy lifestyle,” said Bencosme. “A portion of our profit from the books and doll sales goes towards that important cause.”

As a Latina, Bencosme has definite plans to turn Teeth Fairies into a bilingual publication.

“Bringing a Spanish version  and a male version of the fairy to kids, that’s my next project,” she  said. “There are just so many  different cultures that celebrate the Tooth Fairy. El Ratone Perres, for example, is a mouse who collects teeth. That is what Latin children believe in.”

Bencosme credits her recent book launch at Dolphin Bookshop & Café in Port Washington, social media—especially the mommy bloggers—and her hardworking and dedicated publicist in helping to get the word out. She is also thankful to her family for all of their support.

“My kids are so excited for me, it’s really cute. My daughter tells me she’s proud of me all the time,” said Bencosme. “I know a lot of writers are discouraged, but I don’t think you should let anything or anyone stand in your way. If you have an idea that you believe in, go for it.”

The Teeth Fairies book and doll set retails for $49.99 and is available to purchase at www.teethfairies.com. It is also available on Amazon and at Nordstrom and FAO Schwartz.