The Sidemen Come To Landmark On Main Street

Praised for its depiction of talented back-up singers who toil anonymously behind legendary performers, 20 Feet from Stardom won 2013’s Academy Award for Best Documentary.
Like the essential voices whose faces fall outside the spotlight, The Sidemen featuring The Uptown Horns are musical stars in their own right. Yet they, too, are best known for the soundtracks they’ve provided to superstars such as Sheryl Crow, Jackson Browne and Bruce Springsteen.

For the third time this year, and the first on Long Island, The Sidemen featuring The Uptown Horns are performing together on Tuesday, June 2 at 7:30 p.m. at Port Washington’s Landmark on Main Street located at 232 Main St. Tickets can be purchased on the night of the show or online in advance at www.landmarkonmainstreet.org.
“We play evergreen artists who appeal to people anywhere from 30 to 65 years of age, such as The Rolling Stones, Van Morrison, Joe Cocker and The Beatles. The late 1960s was one of the most fertile times for music,” said Andy Aledort, a longtime Sea Cliff resident who has played with Double Trouble and currently plays with Dickey Betts and Great Southern. Aledort’s performances with Jimi Hendrix’s former bandmates also led to a friendship with Seattle Seahawks owner Paul Allen, who shares Aledort’s passion for the legacy of Seattle native Jimi Hendrix (1942–70).
“Paul Allen helped the Hendrix family in its court proceedings,” Aledort said, a reference to a 1990s legal battle over the rights to Hendrix’s recordings. Hendrix’s father Al and stepsister Janie eventually prevailed. Aledort and Allen first met in 2002 at Seattle’s Experience Music Project Museum and have periodically crossed paths since then, most recently at the last two NFL Super Bowls. More on that in a moment. 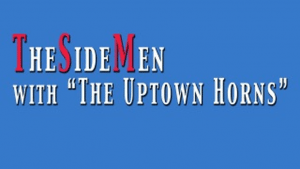 “I’ve had a 30-year career in music publishing and I’ve gotten to know top guitarists while also playing,” said the 59-year-old Aledort, in explaining how he’s come to perform with nationally-renowned musicians such as Stevie Ray Vaughan and The Allman Brothers Band. “We did full transcriptions of rock songs for guitarists. At the time, that was an innovation,” he continued, recalling his days at Cherry Lane Music’s Guitar for the Practicing Musician. Cherry Lane Music was founded by Milt Okun, who once served as John Denver’s manager. In the 1990s, Aledort moved to Guitar World magazine, where he has continued to transcribe songs, interview influential musicians and create instructional videos for guitarists.

One of those guitarists is Allen, who made his fortune at Microsoft before buying the Seahawks. Aledort said he and Allen met more than a decade ago at the aforementioned Seattle event. “About two years ago, I started to create some video lessons that were just for him [Allen],” Aledort added. Indeed, their friendship is such that Aledort and his 23-year-old son, Wyatt, were Allen’s guests at the last two Super Bowls. Hendrix’s memory was incidentally summoned by the television network, which broadcast this year’s NFC championship game.

“Coming out of the commercial break they were playing Jimi Hendrix’s ‘Voodoo Child,’” Aledort recalled. “And I thought to myself, this is a good omen.” Seattle soon thereafter scored a touchdown and the two-point conversion they needed to send the game into overtime. Music fans can also score tickets to the Tuesday, June 2, performance of The Sidemen featuring The Uptown Horns through web.ovationtix.com/trs/pe.c/9998593.