It’s been nearly two decades since Hofstra last earned a berth to the NCAA tournament back when current Villanova coach Jay Wright was the face of the program. But the Pride was able to achieve that last week, even though there will be no tournament to go to.

Overcoming their recent Colonial Athletic Association (CAA) tournament demons, Hofstra came back from behind to beat reigning CAA champion Northeastern to capture a conference title and automatic bid for the NCAA tournament, which was canceled shortly after the Pride’s victory due to the coronavirus pandemic.

“It’s euphoric,” head coach Joe Mihalich said during the trophy ceremony. “I’m just so happy for our great university. Its a fabulous place with wonderful people.”

The game was won with outstanding guard play by Eli Pemberton, Desure Buie and Jalen Ray. Buie led the team with 20 points and five assists. But Pemberton had a monster second half, scoring 12 of his 19 points in the latter two quarters. Ray was the third-highest scorer with 17 points, and forward Issac Kante led the team in rebounds with 15.
Mihalich took a moment on stage to praise Pemberton and Buie for their attitude and effort on and off the court. 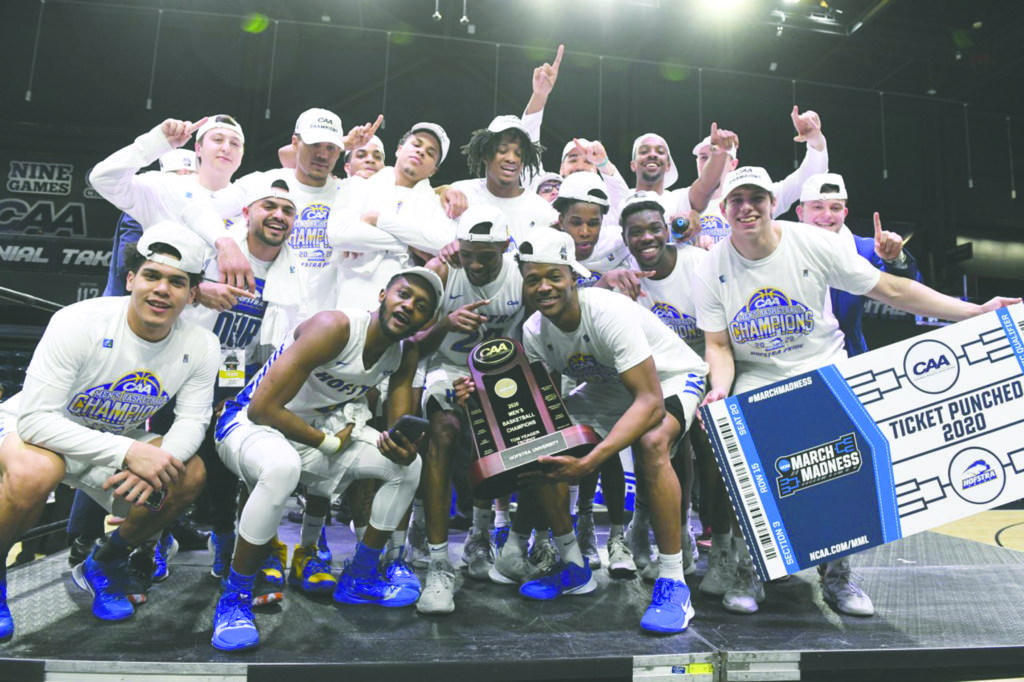 “[Buie and Pemberton] are just winners,” Mihaich said. “They just decided they are going to win. They make this team great every day. They make their teammates better every day.”

Hofstra was down by seven early in the game, but made it a two-point game before the half. The rest of the game was neck-and-neck until the Pride went on a 17-4 run to cap off the championship.

“It wasn’t an ugly game, but it was a back-and-forth game,” Miahlich said. “Our poise and composure [won the game].”

Hofstra finished the season with a 26-8 overall record, and finished at the top of the CAA with a 14-4 conference record. They also had some big wins this season, including an upset victory over UCLA earlier in the year.