The Many Health Benefits Of Eating Cinnamon 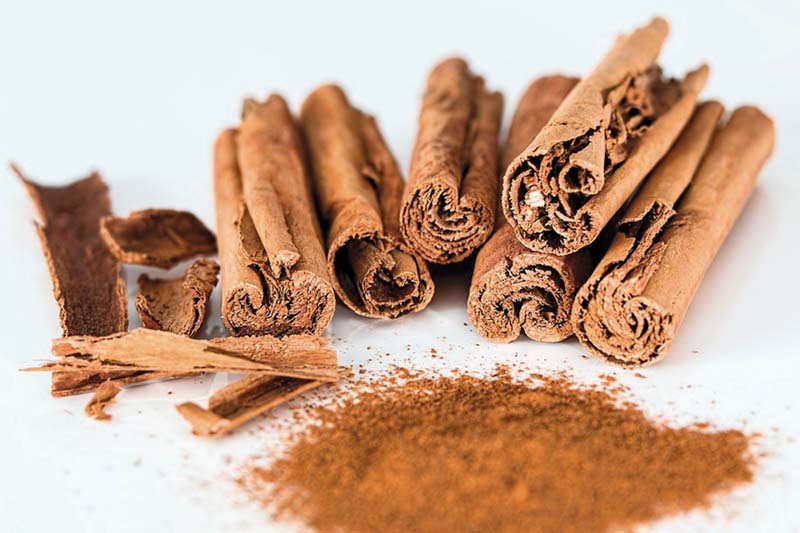 Cinnamon, which is a highly delicious and common spice, has been prized for its medicinal properties for thousands of years. It is the second most popular spice in the United States and Europe, after black pepper, and is native to the Caribbean, South America, and Southeast Asia.

It is quite interesting how the reddish-brown spice is created. Cinnamon is made by cutting the stems of cinnamon trees, extracting the inner bark in the process. When the extracted bark dries, it forms strips that curl into rolls, which are also commonly known as cinnamon sticks, which can be ground to form cinnamon powder.

The aroma and flavor of cinnamon are due to the oily part that is high in the compound cinnamaldehyde. Cinnamaldehyde, scientists believe, is responsible for most of cinnamon’s powerful effects on health and metabolism.

Cinnamon is chock full of antioxidants that protect one’s body from oxidative damage caused by free radicals. In a study that compared the antioxidant activity of 26 spices, cinnamon outranked garlic and oregano.

Besides having anti-inflammatory properties and reducing one’s high cholesterol, cinnamon can also help cut the risk of heart disease. Half a teaspoon of cinnamon every day can help those who suffer from type 2 diabetes lower their blood sugar.

When it comes to diabetics, cinnamon has been shown to decrease the amount of glucose that enters ones bloodstream after a meal by interfering with numerous digestive enzymes, which slows the breakdown of carbohydrates in the digestive tract. In numerous studies performed, cinnamon can lower fasting blood sugar levels by 10 to 29 percent.

Cinnamon can also have beneficial effects on Alzheimer’s and Parkinson’s disease—at least in animal studies. Studies that were done on mice who had Parkinson’s showed that cinnamon helped protect their neurons, normalized their neurotransmitter levels and improved their motor function. However, the effects on humans have yet to be studied intensively.

Cinnamon oil has also been shown to effectively treat respiratory tract infections caused by fungi and can inhibit the growth of certain bacteria such as listeria and salmonella.

However, it’s important to note that there are actually two types of cinnamon, Cassia and Ceylon. The Cassia variety contains significant amounts of a compound called coumarin, which is believed to be harmful in large doses. Research has found that eating too much coumarin may harm one’s liver and increase the risk of cancer. Ceylon, or true cinnamon, is much better since it’s much lower in coumarin.