The Magical Meal That Is Pizza

Pizza is a staple around the country, especially Long Island. It’s everyone’s go-to, comfort food. Kids devour it. Adults love it, even my spry 12-year-old black cocker spaniel, Beau, has swiped many a slice off the kitchen table. There’s nothing quite like the aroma of a fresh baked pizza pie cooking in the oven of your favorite neighborhood pizzeria. There’s just something about the melted mozzarella cheese and zesty tomato sauce over a nice crispy crust that warms the palate and the heart. 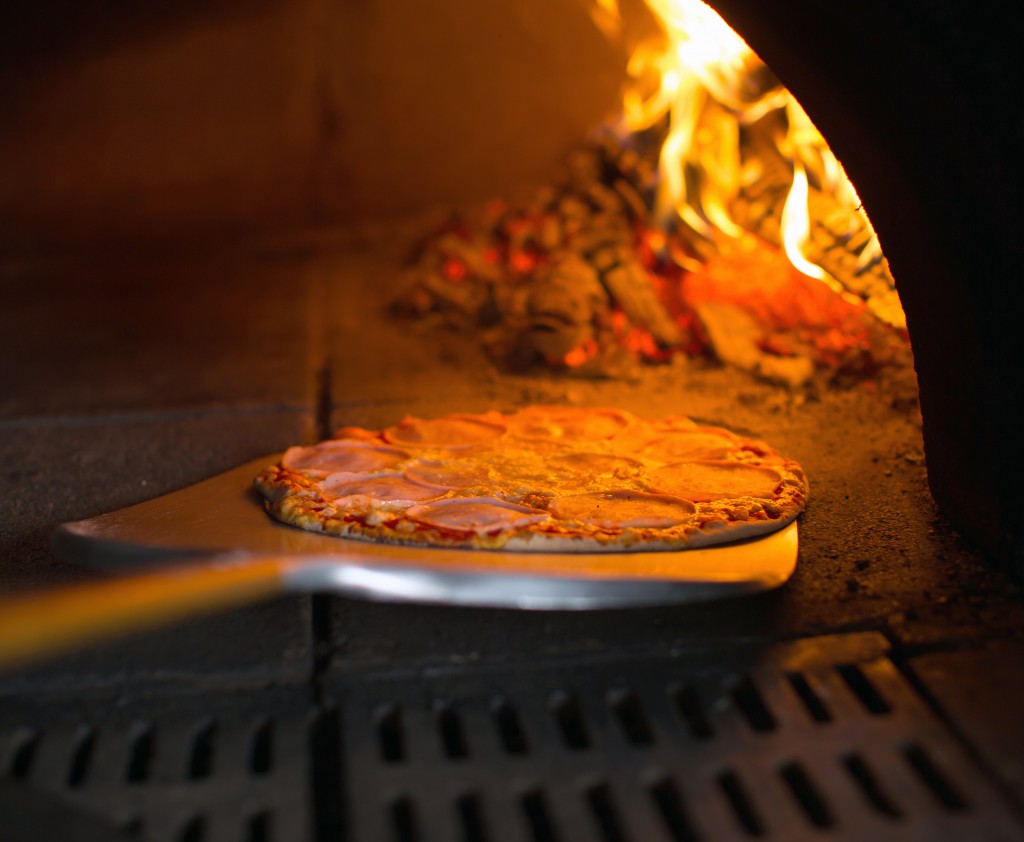 Pizza has risen to new heights over the years, with all gourmet toppings ready to affix on top. There’s the all-time favorite pepperoni, mushroom, meatball, salad, shrimp and pesto, ziti, buffalo chicken, eggplant—there’s nothing, aside from the kitchen sink, that you can’t put atop a slice. Yet still, there’s always the safety plain slice with nothing but cheese and sauce that everyone loves.

“Buying a slice is a very New York thing,” said Pete Lachapelle, publisher for the past 15 years of Pizza Today magazine based out in Louisville, KY. He said you just don’t get a slice anywhere you go. “In New York, you can order yourself a slice and a Coke and you’re outta there,” said Lachapelle.

Lachapelle remembers years ago bringing in lunch for a business meeting he had out in Chicago, Illinois. He ordered pizzas, what else? He ordered 10 boxes of what he assumed would be pizza pies (shaped in a circle and cut into wedges). But what he discovered was that all the slices were cut into small tiny squares like hors d’oeuvres. Nobody ever heard of triangle slices out west. Las Vegas is where the annual trade show for the pizza industry is held. Imagine almost seven football fields long and wide filled with pizza for the picking. Almost 1,000 people attend and Lachapelle leads the discussion.

“It’s a great business,” he admits.

Truth be told, whether or not a slice of pizza is considered delicious or not is largely defined by the person eating it, according to Lachapelle. All around the country, there are different crusts and styles of pizza—all with a very different twist. Perhaps, we Long Islanders are biased in thinking that our pizza is the best. Lachapelle said, “The reason for that is probably because our pizza recipes are the closest to the original recipe—and margherita pies are just that.”

And where did marinara sauce come from? The seamen or mariners working out on the sea back in the day needed a cheap, quick food—so they used sauce and bread. The sauce marinara stems from the word mariners.

“Pizza was and still is a cheap man’s food,” Lachapelle said. In 1897, an Italian immigrant reinvented a Neapolitan staple food into one of the world’s most eaten foods. New York City was the birthplace of New York-style pizza. It was in 1905 when the first pizzeria was opened in the United States by a man named Gennaro Lombardi—he called the place Lombardi’s and it was America’s first pizza parlor. More and more people caught on to the idea and it eventually moved across the country with different adaptations of pizza. “You have California pizza, Pittsburgh pizza, Detroit-style pizza, Philadelphia pizza,” Lachapelle pointed out. “But they are all derivatives from New York.” And it’s true. We’ve all traveled outside the state and have seen the advertisement or enticement signs stuck on the storefronts reading: “We make New York Style pizza.”

Long Island Weekly asked Lachapelle to name the pizzerias he thought were among the top five on Long Island. He referred us to Rich Ferrara, owner and partner, with brother Joseph, of Marsal & Sons, a company which manufactures Marsal deck pizza ovens—said to be the new standard in the pizza industry helping to make the tastiest and crispiest pizzas around. MarSal comes from the name Mary and Sal for their parents. Originally, the company specialized in Chinese wok ranges before they shifted their business in 1980 to make pizza ovens after working with the three Sbarro brothers.

“They were looking for people to build equipment for them,” said Ferrara. “That forced us to get involved in the pizza industry.” That’s how they began what is known as their deck oven business. Deck ovens have brick on the ceiling of the oven and it’s the brick that pulls moisture away and dries out the pizza so it’s well cooked and one can taste and savor the cheese, dough and sauce. Deck ovens are similar to brick ovens, which is the old-fashioned way of cooking a great-tasting pizza.

What does Ferrara think is the secret to a great tasting pizza? Simply put: “It’s those three ingredients: cheese, tomatoes and dough combined, there’s so much flavor in the dough,” said Ferrara. He said a good pie is one in which you can really taste the bread and crust. And of course, the oven makes a very big difference on how all those ingredients blend together. “The brick oven separates all those flavors.”

“There isn’t anyone better to list the top five pizzerias than Rich Ferrara,” said Lachapelle.

Ferrara helped come up with his own top five list of Long Island pizzerias. Here they are:

“We grew every couple of years by always putting our nose to the grindstone,” said Palmieri. He describes himself as “a guy who does due diligence.” He’s always striving to make his product better and better each year. He sells a lot of specialty pies, but by far his most popular sellers are his regular Neapolitan and Sicilian pies. Those are his signatures. “We strive for good fundamentals in our cooking to make the customers happy.”