The Lore Of Louisiana Lightning

Oct. 2, 1978, was a day that stands out in New York Yankees history. That autumn afternoon was when the Bronx Bombers went into Fenway Park to play the Boston Red Sox in a 1978 American League East tie-breaker game that determined who would face the Kansas City Royals in the 1978 American League Championship Series. While the seventh-inning Bucky Dent home run that gave the Yankees a 3-2 lead gets the most acclaim, it was Ron Guidry who got what would be his 25th win of the season and have him wind up with a ridiculous .893 winning percentage. Not only did it propel New York to its second consecutive World Series championship, but it capped off one of the greatest individual seasons in baseball history. This and more are some of the highlights covered in Gator: My Life in Pinstripes, a memoir the lanky lefty penned with Wall Street Journal sports reporter Andrew Beaton.

Not only does Guidry take the reader inside the clubhouse for the 14 seasons he spent donning pinstripes, but shares how his humble upbringing in Lafayette, LA, shaped his character and allowed a pitcher who was only 5’11” to be such a dominant hurler throughout his career.

As for that magical 1978 season, Guidry not only wound up with one of the top 10 winning percentages in baseball history, but he led the league with a 1.74 ERA, 25 wins, a .893 winning percentage, nine shutouts, 16 complete games, 248 strikeouts and 6.15 hits allowed per 9 innings pitched. He also held batters to a .193 batting average, .249 on-base percentage, and .279 slugging percentage. Situationally, he shone with two outs and runners in scoring position (.152/.221/.253) and in the ninth inning of games (.119/.200/.136). When the Yankees capped off the season by beating the Los Angeles Dodgers in the World Series, no other American League pitcher after Guidry would post as low an earned run average until Boston’s Pedro Martínez in 2000. In addition to winning the American League Cy Young Award, Guidry finished second to Boston Red Sox outfielder Jim Rice in voting for the American League Most Valuable Player. 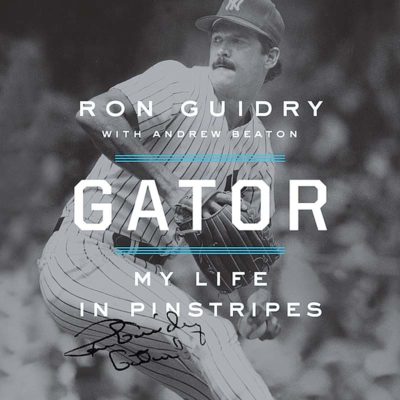 Guidry’s laid-back, yet focused, tone reverberates through the book as he gives insights into George Steinbrenner (“He’d rather you tell him to screw off than to not say something. He figured if you’d fight him, fighting the other team would be a piece of cake.”), the late Thurman Munson (“His job was to lead and what made him so good at it was that he always had the pulse of every situation, in the clubhouse or on the field.”), Billy Martin (“He wasn’t about fitting in, he was about playing baseball, grinding, fighting and winning.”) and Yankees culture (“Our clubhouse culture wasn’t what you read about on the back pages of the sports section or heard on the radio. It was about our day-to-day focus on accepting nothing but excellence.”)

Most touching are Guidry’s reflections when it came to the close relationship he had with his manager and close friend Yogi Berra (“Everybody has a picture or an idea about what Yogi was like, but there’s a Yogi that people don’t know as well. Yogi was an outstanding catcher because he was the game’s ultimate thinker. Ironic, considering he was a guy people laughed at for the way he spoke. The fact was, he was smarter than everyone around him.”)

Gator has the same spirit as its subject—one full of heart and emotion. 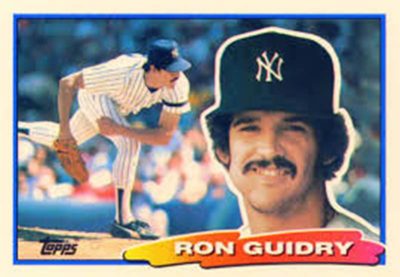 While Ron Guidry may have pitched in the majors for only 14 years and not accrued the quantity of stats that might have granted him access to the Baseball Hall of Fame, the Louisiana native packed plenty of accomplishments into that career. No mean feat given the fact that he was relegated to the bullpen his first couple of seasons in the big leagues and didn’t really become a staple in the New York Yankees rotation until 1977.