The Legacy Of Theodore Roosevelt

How ‘the bull moose’ impacted the Gold Coast 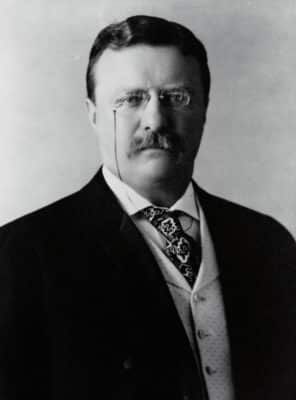 Theodore Roosevelt accomplished many things in his lifetime. He was someone who left a legacy, particularly on Long Island. Born in 1858, in New York City, Roosevelt was somebody who lived a fulfilling life—although he too had his struggles just like everyone else.

As a child, Roosevelt suffered from asthma. Howard Ehrlich, the executive director of the Theodore Roosevelt Association said Roosevelt’s family came out to Oyster Bay—during the summer months—to give young Teddy access to fresh country air. Ehrlich also pointed out, that later in his life, Roosevelt struggled with the loss of his first wife, Alice and his mother, within hours of each other at Sagamore Hill.

Roosevelt held many hats throughout his lifetime. There are many areas that he took part in as a leader. In the beginning of his career, Roosevelt served as a member and minority leader in the New York State Assembly, was president of the New York State Board of Police Commissioners and was Assistant Secretary of the Navy. Later on, Roosevelt served as the 33rd Governor of New York, the 25th Vice President of The United States and the 26th President of the United States—at 42-years-old, he was the youngest president in American history. He also was a conservationist, an author and a peacemaker to boot.

“He created Saved [Places] under the Antiquities Act,” Ehrlich explained. “It [the act] was passed in 1906. He saved 230 million acres during his presidency. A lot of those eventually became either natural monuments or national parks. That’s when the [Park Service] PS and National Forestry Service were created. That includes bird sanctuaries, you name it. One of the first was Devils Monument out west, and of course, the Grand Canyon. [He also created] the first Food and Drug Administration for certifying food safety and drugs. What’s also interesting too is that he used the presidency as a platform. For example, he settled the coal strike between the management and labor unions—which would have crippled the country at the time. He got both parties in the White House to settle— using the power of the presidency to settle a labor dispute. That was critical because the coal was the single source of energy for heating. That’s one of the many things he did. He won the Nobel Peace Prize. He settled the dispute of the war between the Japanese and the Russians in the Russo-Japanese War in 1905. He actually started negotiations in Sagamore Hill. It eventually progressed to Portsmouth New Hampshire, where they signed the Russo-Japanese War Treaty ending the war and he got the [Peace] Prize for that. He warned about the coming of World War I. All of his family participated in World War I at that time. He lost his youngest son Quentin in World War I. He promised a square deal for Americans, sometimes called the new nationalism. He was a doer. He didn’t teach philosophy or preach philosophy—he actually did things. What he did was is he took Hamilton’s idea of a strong central national government and Jefferson’s idea of helping the people. He wanted a government where the national government would be strong and pass laws to help people of all different classes.”

Roosevelt serves as an inspiration to Ehrlich for many reasons—one being he admired the kind of person Roosevelt was.

“This guy is so grounded in life, that he wanted to help people and that’s one of the things that I see in him that inspired me,” Ehrlich said. “You want to help kids, you want to help people and the average person. He said—in this speech at Groton Academy—keep your eyes on the stars, but remember to keep your feet on the ground. I think that’s the perfect way to live your life. Definitely dream about what you want to do, but also things that you can do, in reality—keeping your feet on the ground. He also said you should never be a quitter. He said in the speech too that anyone can criticize, but if the person actually does things and if he fails, he fails greatly. You’re not going to succeed all the time, but the attempt at doing things and you learn from that and you proceed from that. Any obstacles you have in your life, you overcome. His whole life is an example to people and that’s what inspired me.”