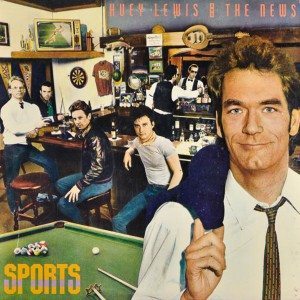 was released three-plus decades ago, MTV was in its infancy and actually playing music videos as radio playlists were becoming increasingly fragmented. It wasn’t exactly the time or place for an anachronistic group featuring horns, doo-wop harmonies and a harp-blowing frontman to expect any kind of chart success. But that’s exactly what Huey Lewis and the News did with its 1983 studio album. The band’s third studio outing not only went septuple platinum, but it topped the Billboard Top 200 charts in 1984, yielded five Top 20 hits (four of which broached the Top 10) and made them fixtures on MTV and the radio. And while it’s ballsy to say the outcome went according to plans, Huey Lewis is adamant that there was a clear-cut strategy in place when it came time to hit the studio.

“Sports was very much a record of its time and a collection of singles. It reminds me that it was a very radio-driven market. There was no jam band scene and no Internet,” Lewis explained from his home in Montana. “So the only avenue to success was a hit record and we produced it ourselves; we were an unknown band that wanted to do it on our own terms, which we did, but we unabashedly aimed five of those tracks at radio. We didn’t know we were going to have five hits, and that’s what we had. It holds together less as an album—unlike our subsequent records, which hold together as albums. But as a collection of singles, it did the trick. Now you know why we called it Sports, because it had a lot of hits.”

One factor that hugely helped stoke this success for Lewis and his crew was their effective use of videos. Using the city of San Francisco for a set, Huey Lewis and the News became known for shooting humorous vignettes with a loose plot. Having shot some videos way back in 1978 that attracted record label attention, the dissatisfaction with the video for “Do You Believe in Love” off the band’s second album led to the News deciding to take conceptual control of the process. The results were scenarios that took inspiration from everything from A Hard Day’s Night-era Beatles to vintage Hollywood movies. 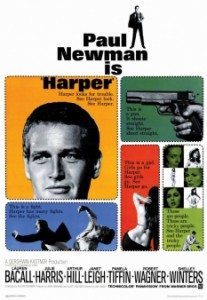 “Our idea was to stay away from the song, goof around and act stupid like Hullabaloo-style on the site of San Francisco. Let the seagulls shoot the scenery and be the production,” Lewis recalled with a laugh. “And avoid a literal translation of the song. If it’s kind of serious, be funny. I swiped the opening for ‘I Want a New Drug’ from Paul Newman in Harper when he wakes up and puts his face in the cold ice. We took the shot and then had me go out in a yellow Porsche, which was the same car.”

While admittedly not one to look backwards, the native New Yorker admits that Sports not only broke his group through to a higher stratum of success but forced his band to up its game in the studio while setting the bar higher for his group as a whole.

“My concept for the Sports record was again, trying to aim for Top 40 radio. We mixed it in New York five times and couldn’t get it to work. Then we sat on it and I listened to it. I knew it had to be cut with a machine so we went back and re-recorded “Heart of Rock and Roll,” “I Need a New Drug” and “Walking On a Thin Line,” he recalled. “So we went back in, set the drum machine up, sequenced the bass and put it on 114. and it was unbelievable. It came to life. There’s a lesson out of this. Machines are exact and you just can’t fake it. Merging machines with humans, you have to be very, very [cautious] and you have to assemble it very carefully. And the Sports record was assembled very, very carefully. Since that time, we’ve concentrated on playing better to where we can now capture the [essence of the] songs as [opposed to merely] recreating them. Our last record was cut pretty much live. It’s been an interesting journey.”