The Evolution Of Taking Back Sunday

John Nolan’s a long way from Long Island, but there’s no doubt that the island is still a huge part of his life. As guitarist and co-lead vocalist for Taking Back Sunday (TBS), Nolan’s gone from playing venues such as Ground Zero in Bellmore and The Sahara in Syosset, to packing out venues all over the country. And though he’s come a long way, his Long Island roots remain an important part of his story.

“I’ll always have that connection,” said Nolan, who moved to Charlotte, NC, four years ago, following in the footsteps of TBS lead singer Adam Lazzara. “I have family there so I’m there all the time. No matter where [the band] goes, we’re all still very connected to it.”

The Long Island music scene of the late 1990s/early 2000s lent itself generously to the TBS sound. Eddie Reyes, TBS founder and current guitarist, helped form several bands on Long Island during that time, and Nolan credits him with helping create a strong music scene in the area. 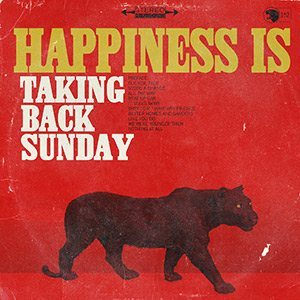 “When the band [TBS] formed, we already had this scene and sound that we fit into that already existed,” Nolan said. “There was a built-in community we had to play to.”

TBS has certainly outgrown the small venues and bars they used to frequent in Long Island. Today, they’re one of the most recognized names in punk rock, with a faithful following and six albums under their belt. Their latest project, Happiness Is, was released in March 2014 and reflects a more mature TBS than their earlier undertakings.

“Tell All Your Friends sounds like a time and place, which isn’t a bad thing, but if you hear that, you think early 2000s right away,” Nolan said of the band’s first album, which was released in 2002. “With Happiness Is, we got a little closer to doing something that’s a little more of a timeless vein and harder to pinpoint as a specific genre.” 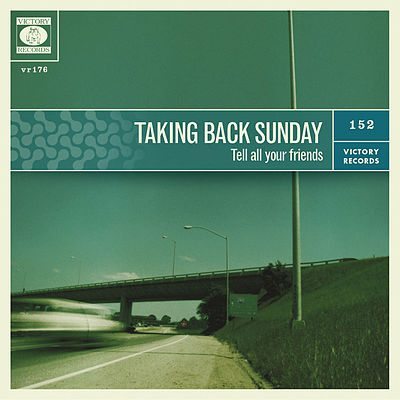 That timeless quality is the goal for the band’s next album, which they start recording this month. Everyone in the band has been drawn to more classical songwriting, Nolan said, an element that has shown in their music, which has evolved to take on a more classic sound. He noted influences such as Nathaniel Rateliff and the Night Sweats, who has a sound reminiscent of the ’60s, but is up-tempo, exciting rock with an R&B kind of feel.

“In general we’ve all been drawn to stuff like that,” Nolan said. “We want to make music that has more of a timeless quality to it, something that doesn’t put you squarely in a time and place.”

Though their sound has changed, their fan base has stayed largely the same.

“We see so many of the same people,” Nolan said. “There are groups of people who follow us around on tour and come to 10 or 20 shows. It’s been cool to watch this family develop in our audience.”

In TBS’ early years, Long Island shows used to be in a league of their own, with fans showing up in droves to support their hometown band. Nowadays, TBS receives that same type of welcome in cities across the country. 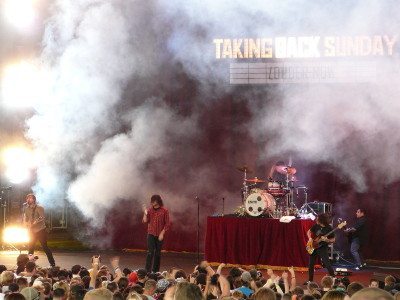 “Long Island and New York City is one of the best shows on any tour we do, and it’s been interesting to see other places develop a similar feel so we know every time we go we get a home crowd reaction, even though we’re not from there,” Nolan said, noting New Jersey and Chicago as consistently great spots on the tour.

The music industry has changed monumentally over the years as well, a shift Nolan says has been crazy to watch. Gone are the days when fans would first hear a band’s new music when they released a CD; now new music is available on a variety of digital platforms and can be heard virtually for free. But the changes haven’t threatened the way TBS makes music, said Nolan.

“No matter what the music industry does, if you’re a band that still wants to work at what you do and go on the road and record and write, you’ll be fine,” Nolan said.

And while music is always a priority, it takes a back seat to family. Nolan and his wife welcomed their second child in November, and everyone in the band works to maintain a healthy work-life balance.

“It’s something we’re all working at as a band, trying to find that balance between touring and raising our families,” Nolan said. “TBS has gotten into a pretty solid schedule. We’re in this spot right now where we can break, make an album, go on the road for a year and a half, and then do it again. It’s been working for us. It feels like this is where we’re at.”

Read more about John Nolan’s solo project and his favorite places to go on Long Island.