With a narrative running deeper than a catchy tune and cryptic verses, Don McLean’s “American Pie” is a musical phenomenon woven deep into the history of American culture, which has entertained audiences around the world for more than 50 years. 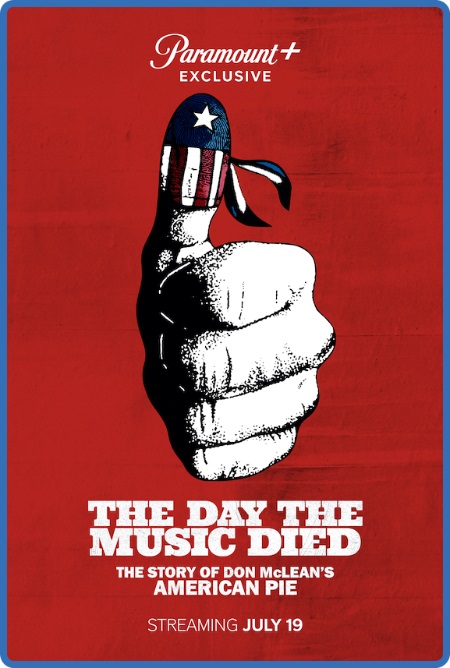 The new documentary The Day the Music Died: The Story of Don McLean’s American Pie, watches as McLean, for the first time, reveals the secrets behind his iconic song. It also highlights cultural moments in America’s history that are as relevant now as they were when the song was released in 1971.

The film is directed by Mark Moormann and produced by Spencer Proffer, the music producer and songwriter who helped to artistically reimagine McLean’s music for a modern audience via contemporary audio/visual storytelling techniques.

Adding to the excitement of the film screening and celebration of up-and-coming talent, the new video of a cover version of “American Pie” by emerging artist Jade Bird will be shown as part of the evening.

The screening will take place on Museum Terrace Stage (rain location is the event gallery) on Aug. 10. Doors open and concessions begin at 7:30 p.m. followed by the program introduction. The screening will begin at 8:15 p.m. Admission is free, but registration is required.

Free screening of The Day the Music Died made possible by Paramount+, Don McLean, and Spencer Proffer and presented in collaboration with the Big Eddy Film Festival; to learn more about this year’s festival visit https://bigeddyfilmfest.com/

About Bethel Woods Center for the Arts

Bethel Woods Center for the Arts inspires, educates, and empowers individuals through the arts and humanities by presenting a diverse selection of culturally-rich performances, popular artists, and community and educational programming. Located 90 miles from New York City at the site of the 1969 Woodstock festival in Bethel, NY, the lush 800-acre campus includes a Pavilion Stage amphitheater with seating for 16,000, an intimate 422-seat indoor Event Gallery, the award-winning Museum at Bethel Woods, and a Conservatory for arts education programming.

Through the in-depth study and exhibition of the social, political, and cultural events of the 1960s, as well as the preservation of the historic site of the Woodstock Music and Art Fair, Bethel Woods educates individuals about the issues and lessons of the decade while inspiring a new generation to contribute positively to the world around them. The not-for-profit organization relies on the generous support of individuals, corporations, and foundations to develop and sustain programs that improve the quality of life in the region and beyond.