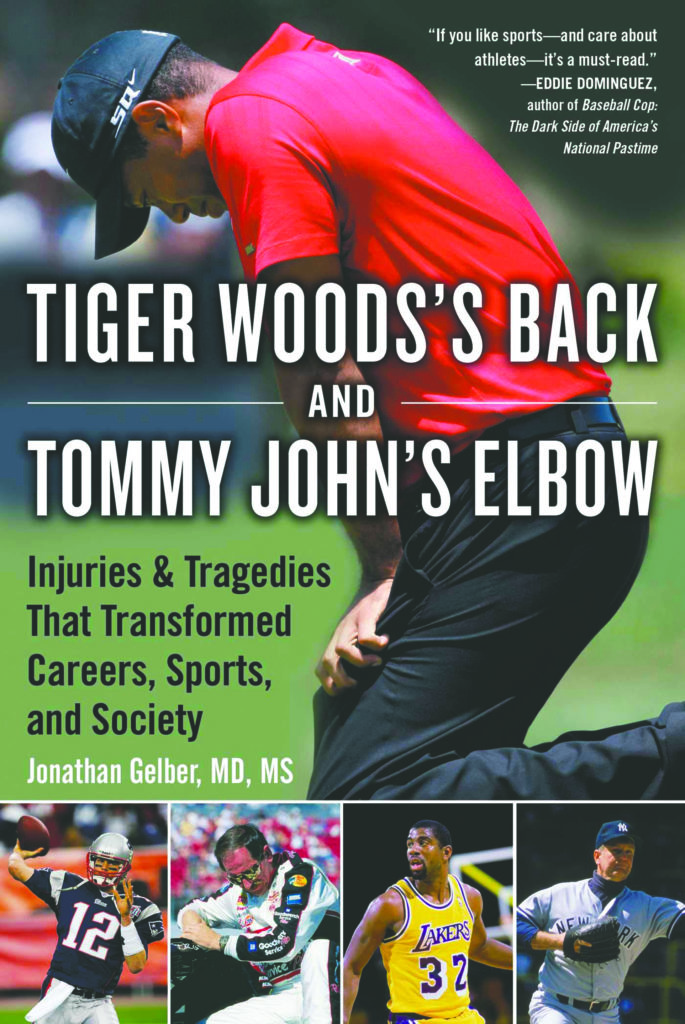 The cobra effect. It’s scary. It’s bold. But when it comes to the sports realm, it’s highly accurate.

Dr. Jonathan Gelber, a sports medicine specialist and orthopedic surgeon, recently penned a book to discuss this delicate topic. Tiger Woods’s Back and Tommy John’s Elbow: Injuries and Tragedies That Transformed Careers, Sports and Society provides a new twist in the sports world.

From Tiger Woods’ incredible comeback to the consequences that led him there, Gelber’s book breaks down the cobra effect unlike anyone else in sports history. How do well-intentioned changes have horrible consequences?

Gelber discussed his incredible book, lessons learned from each major sports league and how to move forward with positive changes.

What inspired you to pen this book and combine all of these unbelievable sports stories?

What inspired me was understanding the cobra effect. I found it fascinating that our actions can cause unintended and opposite consequences. That’s the story of the cobra effect, which leads off the book. As a sports surgeon, where I really saw that hitting home was the Tommy John surgery. The largest age group that we see in the rise in Tommy John surgery is the 15 to 17 year olds. The misinformation about that the surgery is a crutch to fall back on or possibly even a performance enhancer led me to connect the cobra effect with this surgery. It helps pitchers get back out on the mound, but it also may have unintended consequences of this youth epidemic.

How did you go about identifying these unintended consequences and why did you choose the sports that you did?

What is the biggest take away for your readers?

There is a cobra effect. There are laws of unintended consequences. What we need to be cautious in doing is reacting emotionally to these events and trying to make sure we take a step back to understand the data. We need to understand the consequences of what we’re doing. All of these stories are well-intentioned, and that’s the whole idea of the cobra effect. The heart is in the right place, but we need to make sure the mind is in the right place. We need to limit the cobra effect as much as we can.

How did you come up with this title and why choose Tiger Woods as the focal point?

When I was writing the book, the first draft was before Tiger won The Masters. I had to change the ending of the book because Tiger won and it was all over the news. So that’s really the reason he was at the top of the list.

Out of all the stories in the book, which do you feel is the most powerful?

I think the largest effect is the Len Bias story. Of all the stories, this is the one that has the biggest effect today in the justice system with the current and previous president passing laws to try and undo those mandatory minimum sentences, which came about because of the Len Bias laws. We’re still dealing with that in our prison and justice systems today.

Tiger Woods’s Back and Tommy John’s Elbow, published by Sports Publishing, an imprint of Skyhorse Publishing, is available online and in book stores across the region.