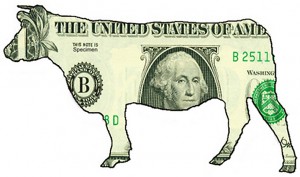 Last year, the opponents in Long Island’s most expensive State Senate campaign disagreed on whether Long Island was an “ATM” or a “cash cow” for the rest of New York. When the Long Island Association (LIA) recently released a report on Long Island’s growing “payment deficit” to the state and federal governments, sending more in taxes than the region gets back, LIA President Kevin Law split the difference: “Long Island is a cash cow for Albany and an ATM machine for Washington.”

If you privately surveyed the 54 State Senators who do not represent Long Island, they’d unanimously say that, all things being equal, Long Island should probably get less from the state.
Every region of New York feels put upon, fed by a seeming inability to collectively face important challenges. In another part of New York, anxieties and tensions are forging new coalitions based around extreme politics.
Long Island, and especially Nassau County, has a significantly higher percentage of families who were either not affected negatively by the financial crises and bubble crashes of the last decade or who have been able to recover from it. That’s a good thing. While most Long Islanders are on a financial treadmill or losing ground, thousands are pulling away.

As of the April 2012 tax filings, the last fiscal year for which geographic data is available, Nassau County had more people (11,944) reporting state-adjusted gross incomes of at least $500,000 than all 52 counties north of Rockland and Putnam combined.

Year in, year out, for decades now, the four New York counties with the most income wealth are, in order: New York (Manhattan), Westchester, Nassau and Suffolk. These four counties pay a higher percentage of the state’s overall income tax collections compared to the percentage of the state’s total taxable income, reflecting in a rough way large disparities between high-income earners and most taxpayers in these counties. No county is close to Manhattan, which had 26.6 percent of the state’s adjusted gross income and 31.6 percent of the state income tax liability.

The LIA report uses tax categories that can be measured or estimated based on hard budget numbers. It leaves out hundreds of millions of dollars in indirect subsidies, some of which drive 10 figures worth of economic activity. New York spends over $260 million a year in basic operating aid alone on the five SUNY universities and colleges in Nassau and Suffolk (four-tenths of the cost of Hofstra’s new medical school building came from state grants). The costs of parkways and expressways, state parks, including beaches, state courts and much more would fall completely on Long Island taxpayers if, as some suggest every time a report like this comes out, Long Island should secede from New York.

If you’re only going to count things you can touch, like school district aid, then Long Island is absolutely going to look like an ATM. Overall, it mostly balances out. Progressive taxation has roots in the Bible and in the oldest Western civilizations. Those who succeeded and benefited the most paid back a higher percentage of their excess wealth because it was a societal imperative that Athens must survive.

Elected officials in 15 towns in four counties on the Southern Tier and Catskills are making hay talking about seceding from New York and joining Pennsylvania. For some, it’s about creating a haven for hydraulic fracturing. Others are frustrated that the next casino won’t be close enough. No, it’s about big government and regulations or high taxes and being used as an ATM for New York City and Long Island or for immigrants or for Them.
All kinds of people from all over the state see themselves as some kind of cash cow, but we’re all in the same barn. Moo for change.