The 2015 Emmys: Sentimentality Will Rule

Town of North Hempstead Supervisor Judi Bosworth and the Town Board, along with the town’s Veterans Advisory Committee, are promoting the Northport VA Medical...
Read more
Long Island News

Since 1949, the Emmy Award has been given out to recognize excellence in the television industry, a sister honorarium on the level of Hollywood’s Academy Award (for film), Broadway’s Tony Award (for theater) and the recording industry’s Grammy Award (for music). This year’s 67th Emmy Award ceremony will be held on Sunday, Sept. 20, in downtown Los Angeles at the Microsoft Theater and will be aired on Fox. Among the notable nominees are Game of Thrones (24 nods), American Horror Story: Freak Show (19 nods) and Inside Amy Schumer (seven nods). (To find out how to host the perfect Emmy party, click here.) 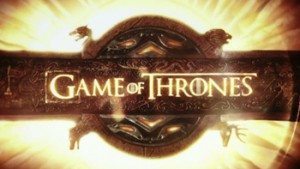 Will Win:
Transparent, the Amazon Studios dramedy about a Los Angeles family coming to terms with patriarch Jeffrey Tambor being transgender, may have made a big splash at the Golden Globes but Emmy voters tend to go with old favorites. With Mad Men’s final season being a bit wobbly and given how much steam the Game of Thrones train has been picking up (not to mention its higher profile due to its HBO affiliation), expect this most-excellent fantasy series to nail this category.

Should Win:
Better Call Saul, the Breaking Bad spinoff, will get lost in the shuffle despite the fact that creator Vince Gilligan hasn’t lost a step with this prequel. Equally impressive has been Bob Odenkirk’s impressive development of the title character along with the stellar work provided by supporting actors Michael McKean and Jonathan Banks (who should absolutely win his category for Outstanding Supporting Actor in a Drama Series). 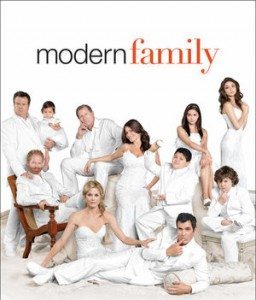 Will Win:
Winner of five consecutive Outstanding Comedy Series Emmys, don’t expect the streak to end for Modern Family, which continues to deftly capture that combination of absurdity and sentimentality without wallowing too much in the latter thanks to its top-notch ensemble cast.

Should Win:
Silicon Valley creators John Altschuler, Dave Krinsky and Mike Judge have done a brilliant job satirizing all the quirks and Machiavellian maneuvering that goes on at ground zero for the socially awkward and self-absorbed.

Will Win:
Having been a bridesmaid for seven consecutive years, now is the time where Emmy voters will want to send Jon Hamm off into the Mad Men sunset with an award under his arm to make up for prior snubs a la Al Pacino winning an Oscar for his role in Scent of A Woman.

Should Win:
How do you make a parasitic ambulance-chasing lawyer into a sympathetic character who always seems to be swimming upstream against the current of bad decisions and dire circumstances? Watch how Bob Odenkirk does it as the lead in Better Call Saul.

Will Win:
Behind every great man is a powerful woman, and no one plays that part better than Taraji P. Henson, whose portrayal of her character Loretha “Cookie” Lyons had the show’s cocreator Lee Daniels refer to her
as the “hood version of Mama Rose from Gypsy.”

Should Win:
If you need further affirmation of how much Henson is crushing it in this role, Empire’s other cocreator Danny Strong was quoted as saying Lyons is “…this combination of Eleanor of Aquitaine and Mama Rose on crack meets Lee Daniels’ sister.”

Will Win:
Having achieved that Larry David status where he can come and go when it comes to when he’s ready to do another season of Louie, Louis C.K. has proved it’s his world and every other comedian just lives in it.

Should Win:
While William H. Macy describes himself as “…sort of a Middle American, WASPy, Lutheran kind of guy…Everyman…” his take on deadbeat patriarch Frank Gallagher in Shameless finds him playing shanty Irish like nobody’s business.

Will Win:
Clearly Julia Louis-Dreyfus has broken the supposed Seinfeld curse thanks to her winning this category three years running with her portrayal of the equally narcissistic and clueless Selina Meyer in Veep. Expect her to make it four consecutive years.

Should Win:
The Comeback lives up to its name as nine seasons lapsed between its debut and sophomore seasons when it was canceled after its initial 13-episode run. Lisa Kudrow plays lead character Valerie Cherish to the hilt and really captures the rhythms of a has-been actress whose ego bypasses any semblance of self-awareness in a manner reminiscent of Steve Carell’s Michael Scott in The Office while still striking that perfect chord of pathos, much like the latter.