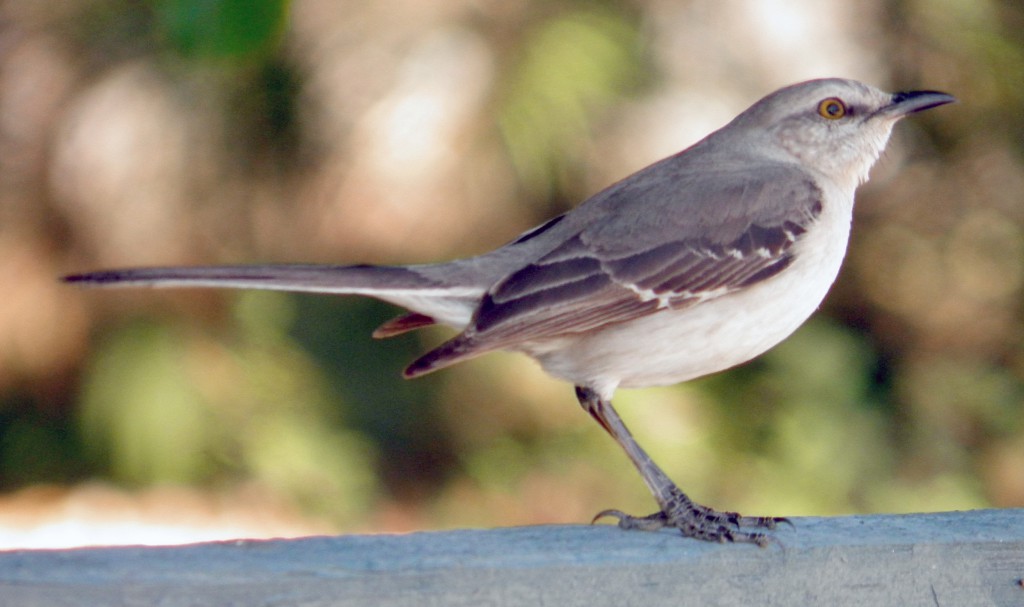 Last fall, after 23 years of birding with a lightweight pair of binoculars, I switched to a different pair and not without some trepidation. When looking at a bird you want to be thinking about the bird, not the binoculars which should be an extension of yourself. I wanted a pair with a greater field of vision, that was reasonably sharp, clear and most especially, lightweight. I understood that I wasn’t going to be getting everything that I wanted but I hoped that the new ones would be an upgrade over my present pair. I always tell people not to buy a pair unless they’ve looked through them. I hadn’t looked through this particular model but I had twice looked through an earlier model. They were highly rated, priced in the $300 range and came with a a $50 rebate.

A Test Walk
When they arrive, I take them out on a test walk. Passing Meyers Farm Stand on Woodbury Road, a half dozen Canada geese fly onto an empty cornfield. When they land I am surprised to see that more were already eating corn remains. On the ground are also two female red-winged blackbirds, sedately beautiful brown birds with striated breasts. On the side of the field in a tall tree is a woodpecker too far away for a good look.

In an industrial park I focus on a robin in a tree, looking for details. I would have liked to see a sharper image but my new optics proved to be lightweight and relatively compact, a significant plus. In an opening in the trees at the edge of a parking lot, a small flock of birds flies across and some land on leafy trees. They have spiky crests, “Cleopatra eyes” and oddly pale breasts and bellies. One flies toward me and lands on the stalk of a flower. At the end of its twin tail tips, are two bright yellow patches. These birds are cedar waxwings, a sharp looking bird that likes open woodlands and trees or shrubbery with fruit. Exciting. I don’t often see these birds.

One is on a thin branch, swinging back and forth as if it’s on a mechanical device, the bird is picking berries off the foliage. Cute. Meanwhile other birds are flitting in and out of the clearing too fast to identify. Two sparrows land on a tall stalk that has a single yellow flower. I look in vain for telltale markings but see none and they are quickly gone. I’ve passed this area many times but this morning it is a birding “hot spot.” Without realizing it, I’m focusing more on the birds than the binoculars.

The next morning red leaves and yellow berries splash across Sunnyside Blvd. A rust breasted robin plucks a berry and flies fast to the other side of the road. I step off the road and onto the Greenbelt Trail to see if anything is in the woods, parts of which are alive in a sea of orange, green and yellow leaves. A female hairy or downy woodpecker drops down from the street above. It flits by quickly but I do see white eye bars above and below the eye.

Two days later, after a rain, Meyers farm field has 200 Canada geese. Walking in puddles and mud their necks and feet are covered with it as they pull, twist and peck for morsels. Their bills are partly muddied and their faces have specks of mud. Feeding is a messy activity. Occasionally and comically one chases another.

On Sunnyside Boulevard, I see what looks like a gray-bellied warbler in the woods. It is flitting and just as I’m about to focus on it the bird drops like a stone. Seconds later I have it in the binoculars. There’s a bright yellow cap on the crown of its head and its flanks and back are dark with some yellow. This is a golden-crowned kinglet and despite being 4-inches, its yellow sparkles.

The next day on Woodbury Road, a sudden breeze sends oval shaped leaves falling to the ground like a snow shower. Cars come by scattering it like they would snow before it sticks. In a nearly empty industrial parking lot there’s a bird partially hidden by a patch of grass walking quickly. I think I see a yellow rump. The bird moves along like a trotter racehorse. When it comes into the open I note that the breast and belly are a washed out yellow. It’s a yellow warbler.

Low Light
Walking home through an industrial park I see a blue jay go into in a small tree with bright yellow leaves. With the naked eye I see the bird’s crest. Getting the binoculars on it, the jay stands on an ash-colored limb under a canopy of yellow. There’s a knobby spot on the tree toward which the bird repeatedly bends its head and digs with its black bill partially open, for tiny insects.

The jay disappears farther up the tree. However, while it was there I saw the dark “bow tie” around its neck and the purple/blue of its wings. I enjoy the contrast of the bird’s colors and the yellow leaves as well as this small moment of privacy where I could view the partially hidden jay. I consciously start to assess my new binoculars. They are rather clear, very good in lower light conditions under which a lot of birding is done, lightweight and compact. I also enjoy holding them which means I’m going to use them. They’re keepers and are going to serve me very well.