Not unlike its late, scientific namesake, Tesla has oftentimes quietly flown under the radar ever since releasing their 1986 debut album, Mechanical Resonance. The fivesome has spent much of its career serving its hardcore fan base and getting accolades from the hard rock community. It’s been a constant, save for a brief span when the group’s cover of 1970s one-hit wonder Five Man Electrical Band’s “Signs” was released on Tesla’s own 1990 outing Five Man Acoustical Jam and garnered the Sacramento quintet major crossover success. These approving nods include a number of famous fans such as the members of Def Leppard, who Tesla has known since officially meeting Phil Collen, the late Steve Clark and Rick Allen at a club date the latter was playing in 1986. And while the groups have toured together regularly since that time, the relationship has evolved into the studio with Collen producing Tesla’s forthcoming untitled full-length CD, which founding member Frank Hannon explained started when the Leps guitarist produced and wrote the song “Save That Goodness,” which wound up on Mechanical Resonance Live. 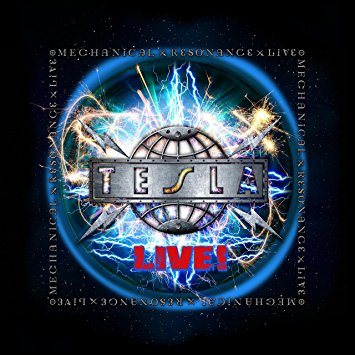 “Phil has been a big fan of the band since he sat in and jammed with us when we toured with them in 1987. He was watching our show every night when we were opening for them last year and he thought to himself that he loved us and wanted to help us,” Hannon explained. “So he came into our dressing room and said that he had a lot of energy and passion for Tesla and he wanted to help us. Some of the best artists collaborate and get help from their friends and then great things happen. Johnny Cash did it with Willie Nelson and Jimi Hendrix did it with Bob Dylan. We were really excited to have Phil come in. He showed up with the song and it obviously sounded a lot like something we would write and he was really excited about it. When someone is excited about something, you can feed off of it, so that’s what we did. And we’re still doing that now. He’s helping us write and record a new album. It’s a very positive excitement that we’re sharing together.”

Having spent most of the past year or so on the road with Def Leppard and different co-headliners including Styx and REO Speedwagon, Tesla continues to be road warriors and are currently playing smaller venues, where the group gets to stretch out quite a bit more. Couple it with the fact that the band is celebrating three decades since the release of its aforementioned 1986 debut (which was also commemorated by the release of last year’s Mechanical Resonance Live), there’s been quite a bit of looking back for Hannon and company that’s proven to be fun for fans and the band.

“It was a lot of fun [recording Mechanical Resonance Live] because it was like revisiting my youth. I was 17 years old when I was writing some of those songs, so it brought me back to revisiting that energy of being a young teenager and playing guitar in that fashion. And realizing that some of that songwriting was pretty mature for that age. ‘Changes,’ ‘Before My Eyes’ and ‘We’re No Good Together’—some of that music is pretty mature for a teenager,” he recalled. “[For our current tour], we don’t just do Mechanical Resonance. We do a lot of everything. We do ‘Song & Emotion,’ ‘Forever More’ and ‘Into the Now.’ We even open the show with ‘MP3,’ which is from our last album, Simplicity. We try to span the whole 30-year career.”

Since Hannon and bassist Brian Wheat formed the band in Sacramento as City Kidd back in 1981, consistency has been the hallmark of the band, with the departure of guitarist Tommy Skeoch in 2006 for Dave Rude being the only lineup change. Over time, the band’s path has found them recording for major and independent labels and releasing a string of overlooked records. The hard work paid off when Ronnie Montrose, the late legendary guitarist, took an interest in the band that led to some early success for Tesla.

“When we were young and playing the clubs, Ronnie Montrose saw us playing and was interested in producing and coaching up-and-coming bands in our Sacramento area, which is an hour and a half east of San Francisco, which is where he lived,” Hannon recalled. “He was scouting up-and-coming musicians and bands. He scouted us out and said he had this song he wanted us to record and it was ‘Little Suzi’.” 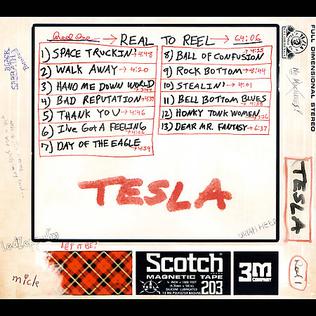 Despite being labeled a hair metal outfit by lazy critics and music fans, Tesla has far more in common with a number of the classic rock acts the band covered on its two-volume 2007 Real to Reel project in 2007, For this outing, Tesla used analog tape and vintage equipment to record myriad classic rock songs originally cut by the likes of UFO, Mott the Hoople, The Temptations, Sly & the Family Stone, Black Sabbath and yes, Montrose. And while Hannon didn’t get to record anything with the group by his personal musical heroes Johnny Cash and Willie Nelson, it’s their musical approach that he tries to incorporate into his own songs when given the chance.

“[What I love about Cash and Nelson] are the storytelling and realness and simplicity of their voices. Plus the way they tell a story in the song,” he said. “They play with a style where they don’t care what you think. They are just going out and doing it.”

Tesla will be appearing on September 20 at The Paramount, 370 New York Ave., Huntington. Visit www.theparamountny.com or call 631-673-7300 for more information.