Politics And The Courts 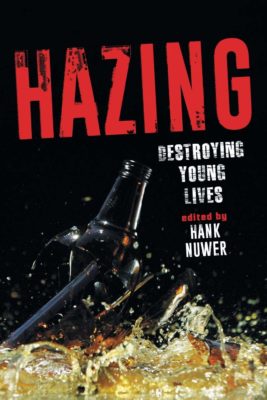 The vast majority of America’s colleges are closed for the summer, with the exception of those that offer special courses. The recent scandal involving parents paying for false college admission credentials will linger into next year. The one issue that casts a cloud over every campus that hosts fraternities, is how to deal with the hazing of students seeking entry into these select groups.

Hazing is not a new phenomenon in our college history. Records show that this type of conduct predates the founding of the United States. As early as 1682, there is mention of the expulsion of Joseph Webb from Harvard College by his own admission, “abusing and striking some freshmen” and forcing them to do errands.

According to Franklin College professor Hanl Nuwer, the author of the book Hazing: Destroying Young Lives, at least one hazing death per year occurred on North American college campuses in the years 1954-57. Between 1959 to 2019 there have been multiple deaths. Causes of death include alcohol poisoning, beating, drowning, exposure, sleep deprivation and suicide, among others.

A study by the University of Maine shows that hazing is widespread: 55 percent of college students involved in clubs, teams and organizations experience hazing and 47 percent of the students arriving on campus, have experienced some form of hazing. Some of the fatal incidents over the years have been well publicized. The most recent one involved a freshman at SUNY Buffalo who died in April when he was ordered to engage in strenuous physical exercise even though he was recovering from a respiratory ailment. He was then coldly dumped on the front lawn of the fraternity.

There are only six states that do not have anti-hazing laws. They are Montana, Wyoming, South Dakota, New Mexico, Alaska and Hawaii. In New York, hazing is considered a class A misdemeanor or a violation. Twelve states make hazing a felony if it results in death or serious injury. Some states have taken hazing so seriously that they have passed a variety of laws that make it easier to prosecute wrongdoers and, in some cases, deny students their diplomas for this conduct.

TIME Magazine this year attributed the failure of many states to pass such laws is due to the fact that there are many people in power who were former Greek life members. There are 155 members of Congress who are Greek alumni and a majority of current Fortune 500 executives are members of fraternities. There is no doubt that there is a prevailing attitude on the part of those alumni that hazing is a harmless prank that is part of the fun of any initiation.

There are countless joys to being a student on any respected college campus. But until all the 50 states treat hazing more seriously, innocent lives will be lost, and any one death is one too many.

Former State Assemblyman Jerry Kremer is a columnist for Long Island Weekly and partner at Ruskin Moscou Faltischek in Uniondale. The views expressed are not necessarily those of the publisher or Anton Media Group.