Manhattan Island is the most famous such area in the world. Sitting next to it, near the Queensboro Bridge is another island. The history of Roosevelt Island mirrors that of the city: from Dutch to English through various names and various functions to finally, the pleasant residential section it is today.

Since various peoples have at one time or another occupied the island, the name reflects those cultural realities. First settled by the Canarsie Indian tribe, it was called Minnehanock. During the Dutch era, it was Varkens Eylandt or Hog’s Island, suggesting that the land was quite bountiful. On it went. Once the British seized the land from the Dutch, it became Blackwell’s Island. From 1921 to 1973, it had the dubious name of Welfare Island, referring to its standing as a place for hospitals and prisons. As prisoners were later transferred to Riker’s Island, the island, in 1973, was named for Franklin D. Roosevelt. Since then, the island has enjoyed a reputation for middle-class living in the big city, plus as a site for numerous television and movie showings, all highlighted by the famous tramway services that transported its residents to and from Manhattan.

The Dutch reign over the island was brief. In 1637, a local Dutch governor acquired the land from the Canarsie tribe. Twenty-nine short years later, the English defeated the Dutch in a battle of control of New York City. Captain John Manning led the victorious British fleet. Manning’s son-in-law, Robert Blackwell, became the island’s governor, building the island’s first house in 1796, a structure that stands to this day.

The British left their mark. In 1832, the first prison was completed. In 1839, a lunatic asylum was built, followed by a smallpox hospital in 1856. Four years later, a city hospital was constructed.

The 20th century got off with a bang, with construction beginning on the Queensboro Bridge in 1900 with a 1909 completion date. In the 1930s and 1950s, two more hospitals opened as the island was now known more for healing centers than penitentiaries. In 1955, another landmark, the Welfare Island bridge, opened, giving truck and automobile access to the island. Its current era as a residential island was underway. In 1973, the island was given its current name and in honor of Franklin D. Roosevelt, Four Freedoms Park was opened in 2012. In between, came the most spectacular development: the 1976 opening of the Roosevelt Island Tramway.

On a more entertaining note, Roosevelt Island has been home to scenes from American literature, movies and television shows. Prison characters on the island have made their way into works by Horatio Alger, Stephen Crane (Maggie: A Girl of the Streets), O. Henry, Eugene O’Neill and F. Scott Fitzgerald (a driving scene from The Great Gatsby.) 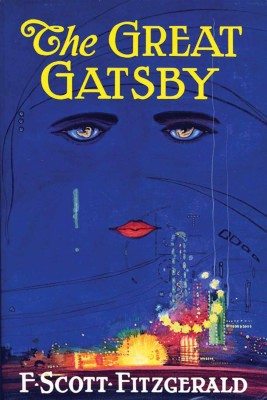 On the silver screen, the tramway is best remembered for a hostage scene from a 1977 film, Nighthawks, a popular Sylvester Stallone and Billy Dee Williams vehicle. The young hero played by Timothy Hutton from the pro-graffiti film, Turk 182, also takes a swing along the tramway. Martin Scorsese’s 2002 blockbuster, The Gangs of New York, also revisits Roosevelt Island during its penitentiary days, with the lead character played by Leonardo DiCaprio doing time in a reform house.

But it is a rarity—middle class living in the big city—that remains Roosevelt Island’s greatest attribute, one that will hopefully remain that way for years to come. As of the last census, a little more than 11,000 New Yorkers call the island home.