So many times people are quick to use the term ‘groundbreaking’ and literally over-hype the very subject as it turns out not to be the case. However, almost 50 years ago, there was a groundbreaking project that changed Long Island retail forever. I’m referring to the opening of Sunrise Mall in Massapequa. Situated near the county borders, Sunrise Mall would go on to provide many memories for kids, adults and families alike for decades to come. At the same time, it would make history in both a positive and negative way, in essence reflecting retail and lifestyle changes on Long Island.

As the first multi-level local indoor mall, and only one of a handful nationally, Sunrise Mall stormed onto the scene in 1973, It was an event, Newsday covered it extensively, crowds gathered daily just to see what’s up. In what proved to be a visionary move, the original mall had the first multiplex movie theater inside on the second floor. Yes, it wasn’t the optimal location on the second floor, but people didn’t care and flocked to it anyway.

Those early years featured a real murderers row of retailers—Macy’s, Abraham & Strauss, Korvettes, Gertz, Sterns, Herman’s and Woolworths. Ironically, it was their past that came back to haunt their future. Except for Macy’s, every other retailer on that list has either gone out of business or simply downsized their mall footprint. And this doesn’t even include other retail notables such as Sears, Farrell’s, Sam Goody, Ruby Tuesday and Steve & Barrys. Sunrise Mall was one of the first victims of the changing face of retail. Years before Amazon, Tanger was leading the charge here with a fairly new retail concept—outlet shopping and the ability to get 50 percent off of items right from the brand stores themselves. It began chipping away at mall traffic as shoppers shifted their priorities in a quest of a good bargain.

Now let’s not be naive and think this was the only reason Sunrise Mall was on a downslope by the late ‘90s, Much of it was self-inflicted. For years, merchants circulated stories about the mall, complaining about absentee ownership, referring to it as “the five brothers in Florida,” saying they spent little time here. True or not, the facts are simple, physical wear and tear were beginning to show at the then-25-year-old mall and vacancies were ticking upward. At the height of the branded store boom in the mid ‘90s, the Warner Brothers Studio store made inquiries about taking space in the mall. All they sought was a $5 per square foot reduction in rent. The mall declined and they went elsewhere.

These stories irritated existing merchants and further alienated the mall’s declining shopper base. Believe it or not, at the time of opening, Sunrise Mall was a behemoth long before Roosevelt Field became one. Even without a food court, in those early years, it was a cool place to hang out after school and on weekends. With old-fashioned, nostalgia-themed restaurants like Farrell’s, it was a family-friendly mall to patronize. The food court would eventually move in when Woolworths closed up. And it lasted for a few years before it too went away. Panic moves or changing with the times, you be the judge. 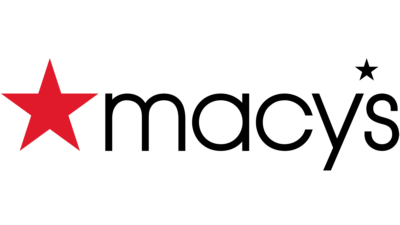 Ownership finally changed and by this time the mall had been adrift for years. When Westfield bought the property, there were high hopes for a resurrection of sorts but it never really materialized. It seems that Westfield did make a few cosmetic changes to the property but never really had a solid plan in place to revive the mall. Combined with their heavy investment in South Shore Mall a few miles to the east and it seemed like a lame duck situation at best.

Going forward, current owners Urban Edge Properties are in the process of shutting down the entire mall and have stated they plan a totally new concept going forward. The possibilities are endless with so much land to work with, it truly is a blank canvas. Hopefully in the next few months, we’ll get an inkling as to what the future plans are. They are on record as saying it will not involve residential properties. They have a hotline/website set up where people can go to get updates and give ideas for the future of Sunrise Mall.

For a while it seemed that Boscov’s, a mid-tier, family-owned department store, would be a viable option. They pride themselves on fair prices and quality service, while maintaining an outstanding reputation with landlords nationwide. While Boscov;s is still interested in coming to Long Island and is sniffing out possible locations, it seems Broadway Commons in Hicksville might be a safer bet. With the closed Macy’s coming down, it will open up more opportunities for future retailers to slide in. In my last column, I mentioned the possibility of Wegmans coming to Long Island. Ask and you shall be rewarded. Less than two weeks later, Wegmans announced their first Long Island store would be opening in Lake Grove. Don’t be surprised to see Wegmans open a second Long Island, preferably in Nassau County. The Sunrise Mall redevelopment is very much on the table, especially if it involves a lifestyle center being built on the current footprint.

Now as the current incarnation of Sunrise Mall begins to wind down, the next chapter is already getting ready to be written. While it’s too early to make bold predictions, it’s safe to say that with thoughtful planning and realistic expectations the new Sunrise Mall can be groundbreaking again. There is no place to go but up, just like it was almost 50 years ago.

Sources have confirmed that Uncle Giuseppes, a locally based chain of Italian supermarkets, have closed on a deal to obtain the adjoining property/retail space next to their Port Washington store. The plan is to expand the location on Port Washington Boulevard into a full-sized superstore like the majority of their other locations. Over the last few years, “Uncle G’s” has been gradually expanding with new locations in Melville and Deer Park. They also opened two stores in New Jersey with a third on the way. This Port Washington move will solidify their North Shore presence. They still need to get another location in Western Nassau, having looked at the former Waldbaum’s in Oceanside. Along with a small format Target and movie theater all three were vying for the space but neither could come to terms with property owners. Eventually Amazon Fresh closed a deal for the site and is readying it for the opening of its second Long Island store. The first being the former Fairway on Manetto Hill Road in Plainview. No timeline has been given for the Port Washington expansion but it generally runs about 12 to 18 months on these types of build outs.