We seem to be living in an age of nonfiction, with histories and biographies telling us more about the times than the novel or short story. Here are five biographies, three about history and politics and two on literature, that should easily occupy one’s summer reading. 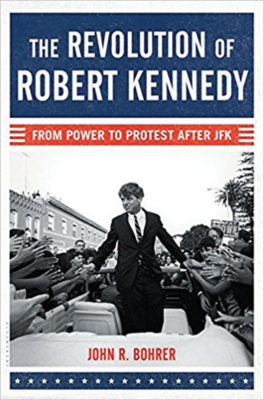 The Revolution of RFK

The Revolution of RFK by John R. Bohrer (Bloomsbury Press), tells the story of the decisive years between 1964 and 1967, when Robert F. Kennedy, following the assassination of his brother, evolved from a two-fisted politico to a leader of American liberalism. In the early part of his career, Kennedy climbed the ladder as a tough prosecutor and manager of John F. Kennedy’s successful 1960 presidential run. He also supported American involvement in the Vietnam War, which began under his brother’s administration.

After JFK’s death, Robert Kennedy stayed in mourning, but he also confronted his political future. His arch rival, Lyndon Johnson, was now president. Kennedy was attorney general. There was immediately a groundswell of support for RFK as LBJ’s running mate in 1964. Johnson didn’t want that, but Kennedy, even months after his brother’s death, pined for the VP slot. Humiliated by Johnson, Kennedy resigned his post and ran for—and easily won—a U.S. Senate seat in New York, a run that would inspire Hillary Clinton’s similar campaign 36 years later.

By the mid-1960s, Kennedy, a man who brooded over political positions, became an unabashed liberal. He opposed the war and supported War on Poverty programs. Kennedy was a political animal who was not afraid to take his stand in unpopular territory: confronting anti-Yaqui protesters in Chile and opponents of civil rights in Alabama and Mississippi. Kennedy is presented here in the feisty and combative manner he remains famous for. The man had guts, even though sometimes he took things too far. He seemed to excuse rioting in Los Angeles and New York City and donated blood to the Vietcong wounded, even holding a news conference clarifying his actions. Kennedy was clearly a prisoner of public service. He couldn’t imagine any other life.

The father of a brood that grew to 10 children, one melancholy scene has Kennedy entertaining a friend at his northern Virginia home. While his children were splashing around in the outdoor pool, the friend remarked with that a family like that, a man might want to stay out of the rough and tumble world of politics. Kennedy agreed, but that was never in the cards. In an ideal world, Kennedy might be satisfied with the life of an influential senator from a great state, while watching his children grow. But for Kennedy, public service meant only one office—the presidency—where he would redeem his brother’s tragic fate. This book begs for another volume detailing Kennedy’s career in the fateful years of 1967 and 1968. 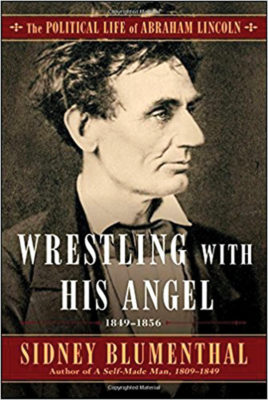 Wrestling With His Angel

Sidney Blumenthal’s Wrestling With His Angel (Simon and Schuster) is the second volume in what promises to be the first multi-volume biography of Abraham Lincoln since Carl Sandberg’s often-criticized and even ridiculed effort. Volume I celebrated Lincoln as a self-made man, as the youngster from Kentucky moves upstream to Illinois to start his own tragic political journey. Volume II picks up with Lincoln at a low-ebb. His Whig Party, as the publisher states, is “broken” and Lincoln is seemingly “condemned to political isolation and defeat.” But the rail splitter, another political animal, makes a run in the 1855 Illinois senate race.

When he loses, Lincoln works to support a rival to defeat a pro-slavery senator. And with the Whig Party disintegrating, Lincoln and his allies plot to make the nascent Republican Party a force in Illinois politics. The Washington Monthly hailed Blumenthal’s Volume I as, “splendid…no one can come away from reading A Self-Made Man without eagerly anticipating the ensuing volumes.” The Christian Science Monitor praises the new volume as “deeply fascinating…intelligent and rigorous.” Ahead are volumes on Lincoln’s improbable rise to the presidency, secession, war and reconstruction. 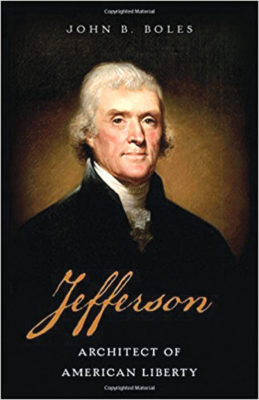 While Lincoln’s place in American history is secure, the man whose words he invoked during the Gettysburg address, is on much more shaky ground. Indeed, the jacket copy for Richard Boles’s Jefferson: Architect of Liberty (Basic Books) is positively apologetic. The publishers seem ashamed to even broach such a project. “As Alexander Hamilton’s star has risen, Thomas Jefferson’s has fallen, largely owing to their divergent views on race,” the jacket copy sheepishly notes, acknowledging the Sally Hemmings hoax and Jefferson’s slave owning past.

Still, Boles plunges forward, reciting Jefferson’s monumental life—author of the Declaration of Independence at age 33, Secretary of State in the administration of George Washington, third president of the United States, the founder of religious liberty in the United States and founder also of the University of Virginia. For Jefferson, there was more to life than politics. The biography introduces us again to the renaissance man, the architect of Monticello, the man whose book collection literally founded the Library of Congress, but as important, the elder statesman who like George Washington, happily left politics behind to enjoy the world of children and grandchildren, even after the death of his wife. Jefferson, the jacket might have included, was fluent in eight languages and who knows?—maybe someday his legion of detractors can learn to write a sentence in proper English themselves. 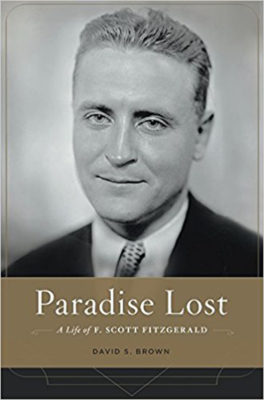 From politics to the world of letters, there is Paradise Lost: A Life of F. Scott Fitzgerald by David Brown (Harvard), which makes a bid to portray the novelist as more than a colorful chronicler of the Jazz Age, but instead as an important social commentator, a man who was on the cutting edge of societal change, a “moralist struck by the nation’s shifting mood and manners after World War.” The jacket copy states that Fitzgerald belongs in the company of “progressive intellectuals such as Charles Beard, Randolph Bourne, and Thorstein Veblen.”

Influenced early on by his father’s pedigree in a “fading antebellum world,” Fitzgerald was introduced to the modern world from his experiences at Princeton and in Hollywood. As such, Fitzgerald should be read as a creative writer whose best writings captured “the measure of both the immediate moment and the more distant rhythms of capital accumulation, immigration, and sexual politics that were moving America further away from its Protestant agrarian moorings,” all of which were further influenced by the turn of his own family history and life. 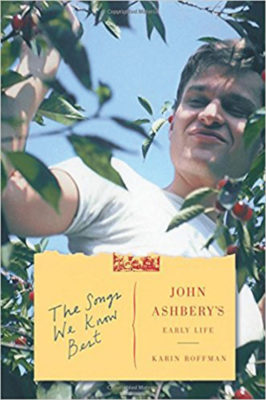 Finally, Karin Roffman’s The Songs We Know Best: John Ashbery’s Early Life (Farrar, Strauss and Giroux), is the first biography of the New York native and prize-winning poet. The 1950s lives on, unfairly, as a sterile decade. In fact, it was a time of great creativity bubbling below and above the surface of American cultural life. The young Ashbery was part of that creative explosion. A native of upstate New York, Ashbury hit New York City at a time of creative ferment.

The biography details the young Ashbery’s bohemian existence that included friendships with such cutting-edge artists as Frank O’Hara, Jane Freilicher, Nell Blaine, Kenneth Koch, James Schuyler, and Willem de Kooning, plus the influence that Dada and surrealism had on his work, all of which culminated with Ashbury winning the 1955 Yale Younger Poets Prize for his collection, Some Trees. “Ashbery has a reputation for being enigmatic and playfully elusive, but Roffman’s biography reveals his deft mining of his early life for the flint and tinder from which his provocative later poems grew, producing a body of work that he calls “b” an intertwining of life and art in extraordinarily intimate ways,” the copy jacket states.