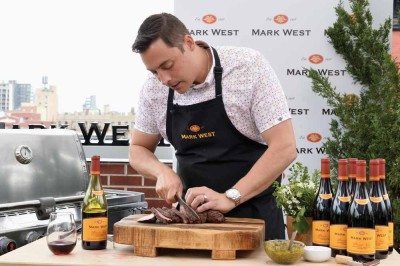 Television host and winner of the Food Network Star competition, Jeff Mauro, teamed up with Mark West wine to create delicious grilling recipes that will last all summer.

“For summer grilling, I love Mark West pinot noir because it’s so light and has so many complex, fruity flavors in there, it’s not going to overpower anything,” said Mauro. “I even love marinating with it, especially grilled meats and vegetables.”

For Mauro, pinot noir is a wine that is light enough for the summertime and pairs well with such a huge spectrum of dishes. As for his signature recipes, Mauro shared his wine-marinated beef tenderloin, burrata crostini and ice cream sundae, all created exclusively to pair with and include Mark West California pinot noir. Each of the recipes bring out the cola, cherry and plum notes from this medium-bodied wine, perfect to enjoy all summer long. 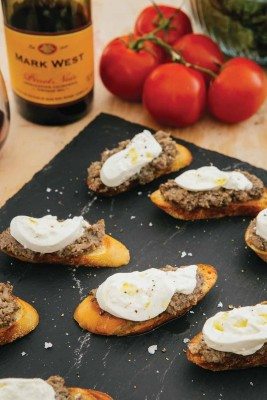 2. Heat butter in a 12-inch stainless skillet to medium/high heat. Once melted, add mushroom mixture and stir. Leave be, only stirring every couple minutes.

4. For the crostini: Drizzle each side of the baguette slices with olive oil and sprinkle with salt and pepper. Place on a baking sheet and toast in oven until lightly golden, about 7 to 10 minutes.

5. Once toasted, spoon mushrooms on top, then add a slice of burrata. Garnish with cracked black pepper and sea salt. 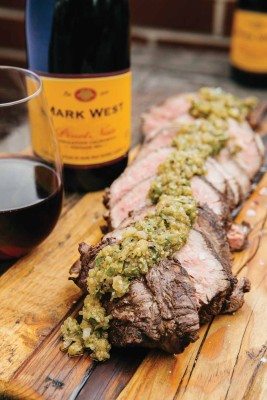 2. Heat grill to high heat. Place tenderloin on side of grill and cook until lightly browned on all sides, about 12 minutes. Slide roast to cooler side of grill, arranging so roast is about seven inches from heat source. 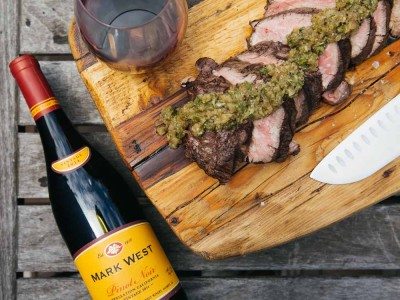 1. Heat grill to high heat. Char each side of onions over high heat until crisp and blackened, about 5-7 minutes a side.

2. In a food processor, add charred onions, parsley, cilantro, garlic and vinegar. Pulse until combined but still a bit coarse, about 10 pulses.

3. Add in red pepper and slowly drizzle in oil and pulse about five more times. Season to taste and set aside to meld. Can be made up to three days in advance. 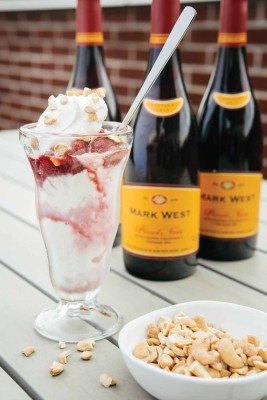 1. In a wide, heavy-bottomed saucepan, combine the strawberries, sugar, wine and lemon juice.

2. Split the vanilla bean down the middle, scraping the seeds into the berry mixture, then adding the bean pod.

3. Bring the mixture to a boil, then reduce the heat slightly and simmer for 10 minutes, until the sugar is dissolved and the strawberries have released some of their juices.