Stop Turning The Police Into An Army 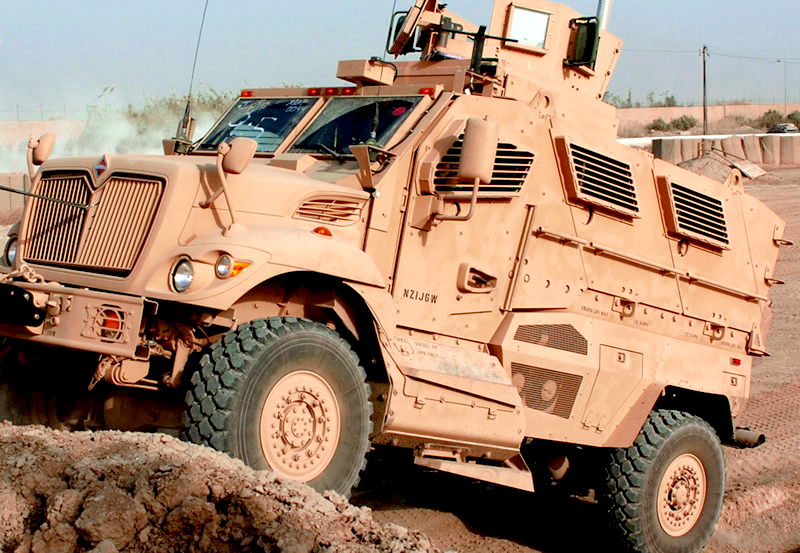 “It’s armored. It’s heavy. It’s intimidating. And it’s free,” gushed Sheriff Apple of Albany County late last year when his department took possession of an 18-ton Mine-Resistant Ambush-Protected (MRAP) army super truck. Albany County has almost exactly the same population as the Town of Oyster Bay. Most residents are protected by municipal police departments, but the sheriff provides some specialized services, like the snowmobile unit. The sheriff’s MRAP was the fifth surplus military vehicle in his fleet.
That same week, four other New York sheriff’s departments, two village police departments and the Nassau County Police Department received similar MRAPs. Two of the sheriff’s departments said they will pay maybe $70,000 to have the topside gun turrets closed up and replaced by simple gun slots. The hulking trucks, which get five miles to the gallon, are too heavy to be used on many local roads and bridges. In a time of permanent tight resources, it’s hard to turn down a $500,000 gift from the federal government.

Millions of Americans, regardless of their feelings about the protestors or what they were protesting, were stunned at the images from Ferguson, Mo. The tear-gas canisters, flash-bang grenades, sound cannons and police-soldiers in full camouflaged combat gear atop armored vehicles holding non-violent demonstrators in the sights of machine guns mounted on tripods didn’t diffuse anything. It had unintended effects. For some residents of suburban Ferguson, it turned a day of protests into an extended test of human resistence.

Militarized police officers, most of whom signed up in an idealistic desire to serve the community, are being placed more and more into difficult, even impossible, situations. In Ferguson, police demonstrating overwhelming, excessive force were expected to calm and quiet a community in outrage over an alleged incident of excessive police force.

When armored vehicles are used to smash through gates so that warrants can be served on small-time cannabis dealers and gamblers (their actual uses in some New York communities), the possibility of serious violence immediately increases significantly.

The federal government has been lavishing billions of dollars in “surplus” war equipment for free or at little cost to local law enforcement, including college campus police. In many cases, the feds require that equipment be used within the first calendar year or risk forfeit and reduced eligibility for future presents.

We have created something that exists in many countries but which Americans rejected for more than two centuries: A gendarmery, a national paramilitary force that isn’t exactly the military and isn’t exactly the police. Famous units like the French Gendarmerie and the Italian Carabinieri are a major presence on the streets of Paris and Rome. Because they are packing machine guns and walking among citizens and tourists, the screening process is much tighter to be a gendarme than to be a soldier or a cop, and the training in person-to-person technique is intense. We aren’t doing that.

The Founders, having fought a militia war against the Redcoats, loathed a permanent standing army (even the U.S. Army theoretically goes out of existence if Congress does not periodically pass a reauthorization law). Among their fears was that an army with overwhelming force could stifle dissent among civilians, like the British Army did everywhere it went. Until its gutting, first for the War on Drugs and then for the War on Terror, the federal Posse Comitatus law gave the U.S. the world’s strongest prohibition on the use of the military in local police matters.

Two centuries of Americans feared it. We’re building it.

Don’t blame the police. The police don’t run police departments. Elected officials do. People we elect are supposed to make policy and set standards and tones. When they leave the police hanging out on a limb, bad things can happen.