Steve Earle is never one to rest with idle hands. So it goes as he preps for the Seventh Annual John Henry’s Friends Benefit concert, set to take place on Dec. 13 at Manhattan’s Town Hall. All proceeds go to The Keswell School, an educational program for children and young adults with Autism Spectrum Disorder (ASD). The show’s namesake is also Earle’s youngest son, who attends the school.

Amid the chaos, Earle, an inveterate reader, was only too happy to share his favorite scribes. Having started out as a self-described “first-generation Dr. Seuss kid,” Earle quickly advanced to the Robert Heinlein-penned Tom Corbett, Space Cadet series as a second-grader before delving further into the sci-fi of Ray Bradbury and fantasy of J.R.R. Tolkien. Here are a few more of the progressive singer-songwriter’s favorite authors. 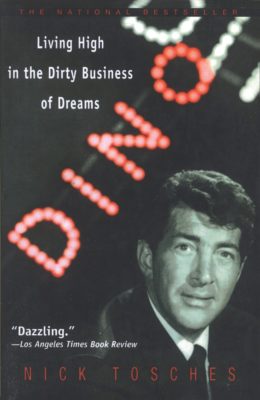 Nick Tosches (October 23, 1949 to October 20, 2019)
“He was an innovator. He did some things literarily that I’ve never seen anyone ever do before, mainly make himself a character in his own fiction. He came from being a great nonfiction writer and grew into being a great fiction writer. So as a writer, I am so fascinated by him. I’m just fascinated with him. I read all of his stuff. The Dean Martin book is so [effin] great. I’m re-reading Country: The Biggest Music in America right now. And The Devil and Sonny Liston is mind-blowing.”

Michael Ondaatje (September 12, 1943 to present)
“I know Michael and I love all his books. He was a poet, but the very first novel he wrote was Coming Through Slaughter, which is about Buddy Bolden. But it’s fiction. Buddy Bolden disappeared for a few years in 1909. He never made records. He lived until the ‘40s, but he was insane for a lot of that time, so he never recorded. We don’t know what Buddy Bolden sounded like. But we know what Louis Armstrong and King Oliver and all those guys sound like. They all did what they did because of Buddy Bolden. Coming Through Slaughter is speculation about what happened when Buddy Bolden disappears in 1909 for about three months and comes back and he’s never the same again. It’s Michael’s idea about what happened during those three months, which he totally made up. It’s incredible.”

J.K. Rowling (July 31, 1965 to present)
“I have everything that William Shakespeare ever wrote and everything J.K. Rowling every wrote. She’s Dickens in our time. If there is anyone that thinks none of what she wrote is not going to be remembered as literature is [friggin’] fooling themselves.”

Isaac Asimov (January 2, 1920 to April 6, 1992)
“Isaac Asimov’s Foundation Trilogy to me is the masterpiece. It’s the kind of science fiction I like because it’s big in its scope and creating a past, present and future, which is what science fiction is all about.”

Mark Twain (November 30, 1835 to April 21, 1910)
“Hemingway said, ‘Don’t bother to go to the Left Bank and write the Great American Novel. It’s already been done and it’s called Huckleberry Finn.’ Twain was a humorist that deserved that title. The difference between a humorist and a comic—and there isn’t as much difference as there used to be. Humorists generally write all their own material and comics don’t necessarily do that. I think by the time Lenny Bruce and George Carlin came along, they changed all of that. Mark Twain was dealing with race right in a border state in a crucial point of history. That’s why Huckleberry Finn is so powerful. He was a rock star for a reason. He was dealing with absolutely current events and he was turning it into stories. I’m good at what I do as much for guys my dad and his brothers hunted deer with. It’s about an oral tradition. They were great storytellers. That’s what Mark Twain feels like. To certain people in certain parts of the country—he knew how to talk to the middle of the country. He was super smart. He was a bohemian. I think that’s where lefties blow it all the [friggin’] time where they talk down to the people that they’re supposedly trying to elevate. Mark Twain knew how to lift them up because he did it with humor.”