Even though saxophonist/producer Steve Berlin has been an official member of Los Lobos since 1984, he’s still the new guy in the band. That said, he’s been part of a wild ride that found the quintet without a label for the three-year stretch between 2016 and 2018 despite being a multi-platinum act with a deep canon and a 2015 Rock and Roll Hall of Fame nomination (we’re still waiting).

The California quintet achieved redemption after signing with roots music-leaning imprint New West Records, which released 2021’s Native Sons and paid off via a Grammy for Best Americana Album. An album conceived at the height of the pandemic, it’s industry success came as quite a surprise to Berlin, who saw Lobos snag a 1983 Grammy for Best Mexican-American Performance right before he joined the band full-time.
“It was pretty crazy,” Berlin explained. “I thought the competition was formidable. The guys didn’t go because they didn’t think they were going to win. I thought, what the hell, I had the weekend off and went to see what would happen. It was a lovely surprise and that stuff never gets old. People bitch and moan about the relevancy of the Grammys and to a certain extent, they’re not necessarily wrong. But it’s pretty fun.” 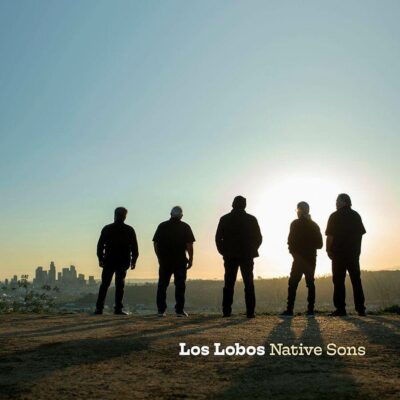 A true pandemic record, Native Sons was initially supposed to start recording in November 2019, but between touring commitments and how the coronavirus slammed the brakes on the word in March 2020, actual recording didn’t begin until June. And that wound up being limited to recording one week a month out of an abundance of caution until vaccines became available. The result was an L.A.-themed collection of covers (save for the title cut) that paid homage to the band’s myriad influences. Among the artists interpreted are Berlin’s old band The Blasters, War, Jackson Browne, Buffalo Springfield and more obscure artists including East L.A. garage band Thee Midniters and Chicano music icon Lalo Guerrero. But rather than the project being a hodge-podge of covers, Berlin pointed out how all the selections had meaning attached to them.

“I know that I had compiled a list of maybe 60 songs as a starter,” Berlin said. “It wasn’t like a Chinese restaurant, where we would pick and choose from that list. The list was an inspiration. As we went along, one song would remind us of another song. The songs had to mean something to somebody in the band and especially if it was something someone in the band felt passionate about.”

With such a long and storied canon, Berlin shared what Los Lobos projects resonated most with him. …And a Time to Dance (1983)
“The first one [was pretty seminal] because it was the first one. And I wasn’t even part of that. I wasn’t even in the band. I was in The Blasters. I was producing it. That record was made while I was transitioning into being a full-time member.” How Will the Wolf Survive? (1984)
“Making How Will the Wolf Survive? was profound because it was our first real record. We’d won a Grammy for that EP […And a Time to Dance], so we were on the radar. We had risen up the food chain, if you will. We were not brand-new anymore, were doing well on the road and making a little bit of money. Things were certainly looking up. We were on Warner Brothers, so we knew we had to step up a little bit. We had a ball doing it. We didn’t feel much pressure, but we knew we had to do a great job. That was a big one.” Kiko (1992)
“We were concerned that we were going to be dropped by our label because the [prior] record [The Neighborhood] didn’t do well. Long story short, we had to make a new record and we were pissed off at ourselves, the world and the music business. We did what we wanted to do and the way we wanted to do it. We were all in a very experimental mood and [engineer Tchad Blake] was the main mad scientist. We would do something and he would do his thing and it would sound awesome. Any dumb idea sounded so great with whatever he was doing to it. He made everything work. A lot of times in the studio you’ll go down a road and then decide to rethink something. I don’t remember that ever happening because we never took a step back. We always just kept going forward. It was always cool and we just decided to keep going. It was really just joyous and fun. Making Kiko was tons of fun. If we’re enjoying ourselves, more often than not, it’s going to translate to the music. That was really fun.”

The Ride (2004)
“We did The Ride, which we produced ourselves and that was amazing. The Ride and the Super Seven records were similar because we were making records with people that we respected and people that had powerfully influenced us like Tom Waits, Richard Thompson, Mavis Staples and Bobby Womack. It was just sort of taking what we had learned on the way to making records and bringing people into our world or going into their world. The Ride and Super Seven records were fun because we got to see how our culture interacted with other people’s cultures. We certainly liked the culture that we had cultivated and it was pretty wacky and daring.”