Springsteen Speaks Out Against Stigma 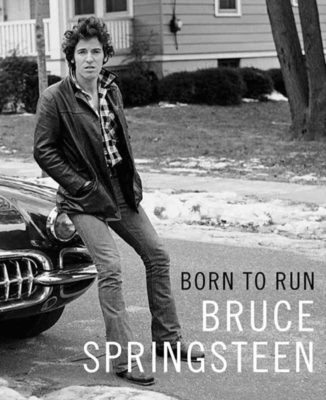 I recently read rock star Bruce Springsteen’s 2016 autobiography Born To Run. I have to admit: I started the book a virtual stranger. Of course I was familiar with Springsteen’s music, but mostly as background. I wasn’t a faithful fan. My only obscure connection is that I attended junior high and high school in South Orange and Maplewood, NJ, with his drummer Max Weinberg.

Max and I weren’t close friends but, I would say, friendly acquaintances. I remember him telling me one day in the early 1960s that he was going to be playing drums on a UHF television show hosted by John Zacherle. On the night of the broadcast, I set up the UHF antenna on my parent’s black-and-white TV and was proud to see someone I personally knew performing on the tube. It was almost as exciting as the build up to the Beatles on Ed Sullivan.

Although I had no intention of reading Springsteen’s book, I decided to pick it up on the recommendation of a friend who knew I worked in the field of children’s mental health. At the same time I read the book, I turned my dial to E Street radio to add a soundtrack to my reading experience. By listening to the music I thought I could better get to know the author, who wrote extensively about his personal life in his songs.

Born To Run blends many elements of Springsteen’s life, from early family experiences to first steps as a musician to forming a band to becoming a rock star, husband and parent—and much more. But the core of the book is the enduring and troubling impact of his relationship with his father, Doug. Near the end of Born to Run, Springsteen reveals a dream in which he is performing on stage. His then-deceased father is sitting in the audience. Bruce approaches him in the dream and says: “Look dad…that guy on stage…that’s you, that’s how I see you.” You’ll have to read the book to have a more complete understanding what the dream represents.

As I worked my way through the book and his music, I was struck with the overwhelming feeling that it was written in its entirety in the voice of vulnerable young boy, as opposed to world-renowned rock icon. The boy has been fighting the isolation and loneliness of living with mental illness in the family his whole life and, at the same time, he has been seeking enduring and healthy relationships. And, he found them.

As much as it is a book about rising to music stardom, Born to Run is a story about debilitating depression, mental illness and adverse childhood experiences. But it’s also a story of hope. Springsteen shows that despite his most troubling childhood experiences, resilience and healing are possible. Readers owe him a debt of gratitude, not only for the decades of socially conscious and uplifting music, but for stepping beyond stigma to, in his own words, “show the reader his mind.”

I started the book a stranger; now I’m a fan.