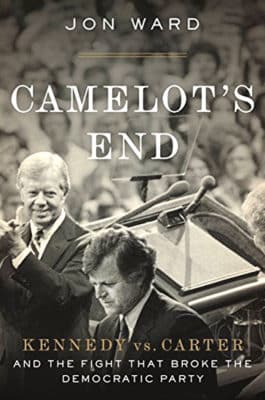 What happened to the novelist? The poet? The recent passing of both Tom Wolfe and Philip Roth further announced that the American novel is in decline. What great poets have perished recently? We are living in an age of non-fiction: Biographies, history, essays. Here’s a sampling.

Jon Ward. Camelot’s End: Kennedy vs. Carter and the Fight That Broke the Democratic Party

Regional differences once defined the Democratic Party. This was true as late as 1980, when President James Earl Carter of Plains, GA, was challenged by Senator Edward Moore Kennedy of Brookline, MA. Democrat operatives never cared for Carter, even though he thrust the party back into power in 1976. Carter was not conservative, but he did scold his fellow Democrats for their spend happy ways. Democrat hearts were always with Kennedy, who made his long anticipated run for the presidency in 1980. With Chappaquiddick wrapped around his neck, the man never had a chance. Ward is unsparing in his criticism of both men. In the summer of 1979, an exasperated Carter fled to Camp David where he disappeared from public view for seven full days, only to resurface with a reasonable, but politically-unwise speech on the nation’s terminal apathy. Kennedy, for his part, fell apart during an interview with Roger Mudd, where the man could not answer why exactly he was running for president. As Ward points out, Kennedy had never faced such questioning during his entire senate career. Still, Ward ends on a laudatory note. Kennedy lost to Carter, the latter was defeated by Ronald Reagan. Carter had a productive post presidency career, publishing 30 books and serving as a one man State Department in numerous foreign entanglements. Kennedy saw universal health care approved, plus he was the driving force behind the 1980 immigration bill, legislation whose demographic upheaval may yet ensure future presidential dominance by the Democrats. 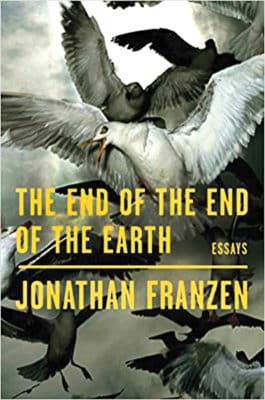 Taking time from long-winded novels, Jonathan Franzen once again expresses his love for bird watching. The man’s enthusiasm is contagious, but sobering. To be a good bird watcher means traveling the globe, a luxury the average man can hardly afford. Franzen is also in a state over climate change. On the last page, one line leaps out. To end climate change and make the Earth safe for birds, we humans should stop having children. Say what? Franzen’s bird brain idea will resonate among his readers on the Upper West Side and in San Francisco, but few places elsewhere. Women all over Africa, the Muslim world and Eastern Europe are encouraged to have children and they promptly deliver, an act, one might guess, in rebuke to the low-fertility world of Western Europe and North America. Something to ponder. 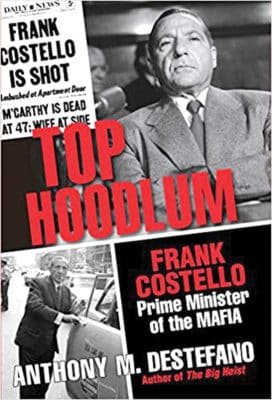 Growing up in East Harlem’s Mafia infested neighborhood, the young Frank Costello got into his share of scraps, including doing time for illegal firearms possession. The young Costello chose a life of crime, but he preferred to do so in a business-like way. Prohibition was a decade-long gift to smart gangsters like Costello, who made countless millions by running the rackets similar to the way an executive runs a large corporation. Costello had the good fortune to ally himself with Lucky Luciano, the winner in the Castellammarese wars of the 1930s. When the reformer Fiorello La Guardia was elected mayor of New York City and began clamping down on the rackets, the equally colorful Huey Long invited the Five Families to come down to Louisiana for new opportunities. Up in New York, Tammany Hall suffered under La Guardia’s reign. Costello rode to the rescue, infusing Tammany with needed cash in exchange for leverage over judges and politicians. Costello was a phenomenon. He made the covers of both Time and Newsweek. He strutted around the city liked he owned the joint. And maybe he did. Mayoral campaigns in the 1940s and early ’50s were about Costello’s sway over city politics. Costello made the same mistake John Gotti would repeat decades later. He got too famous. Gangsters had to live the Carlo Gambino life: Be neither seen nor heard. His appearance before the televised Kefauver senate hearings in 1951 was a national sensation. Americans only saw Costello’s twitching hand movements as he answered questions. Finally, in 1958, it came to a head. Rival boss Vito Genovese sent Vincent “The Chin” Gigante to take out Costello in the lobby of his Central Park West apartment. Costello ducked the bullet, saving his life. For the rest of his days, Costello lived quietly at his Sands Point estate. He wanted to be accepted by his well heeled neighbors who, in turn, were scandalized to have the famous gangster living among them. 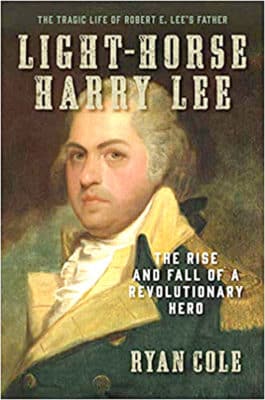 Henry “Light Horse Harry” Lee is one of the lost heroes from the Revolutionary War, right up there with Francis “Swamp Fox” Marion, Anthony “Mad Anthony” Wayne, Ethan Allen and the Green Mountain Boys and the immortal Nathanael Greene. Lee was the exemplar of the gentleman, a man fit for leadership in both times of war and peace. A daring soldier, it was Lee who eulogized his friend George Washington as “first in war, first in peace, first in the hearts of his countrymen.” After the war, Lee made a string of bad investments and spent time in a debtor’s prison. He also opposed the War of 1812, a stand that got him severely beaten by a mob in Baltimore. Lee decided to sail to the West Indies to recuperate. That’s what the second half of the Lee drama began. His youngest son, then 14, saw his father off in tears. The young man was determined to redeem the family name. He became the first cadet to graduate from West Point without a single demerit. He married Washington’s adopted great granddaughter. He built the defenses at Fort Hamilton in Brooklyn. He served with such distinction in the Mexican War that Winfred Scott declared him to be the greatest soldier in the entire U.S. Army. And at Appomattox, he secured humane terms of surrender from General Grant. One hundred and fifty-two years later, in Charlottesville, VA, an incredulous new chapter was added to the Lee family saga. Who could imagine that the youngest son of a Revolutionary War hero would become one of the most hated figures in American history? The drama of Henry Lee’s son may be another reason for this excellent biography’s publication.