NFL players who played for both the Giants and Jets

The New York Jets recently completed their first ever trade with their stadium roommates, the New York Giants, by sending former first-round draft pick Leonard Williams to the G-Men for a third and conditional fifth round pick. Williams joins the short list of players who have suited up for both New York franchises.

With the Giants and Jets set to play on Sunday, let’s look at some of the other players who played for both Big Blue and Gang Green. 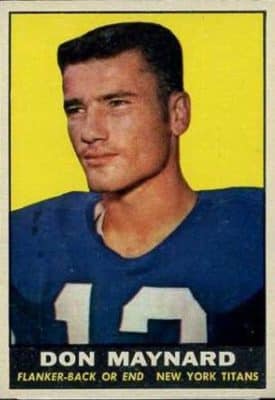 The only Hall of Famer to ever play for both New York franchises, Maynard was drafted in 1957 in the ninth round by the Giants. The wide receiver spent only one season with the team before departing for the Canadian Football League and playing for the Hamilton Tiger-Cats. In 1960, he became the first player to sign with the New York Titans, which would later become the Jets three years into his career there. Maynard racked up 11,732 receiving yards and 88 touchdowns in 13 years with the team, which included winning Super Bowl III late in his career. 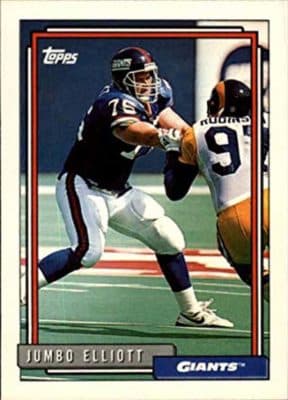 Elliott had one of the more balanced careers between the Giants (eight years) and the Jets (six years), and never played for anyone else. While he had his only Pro Bowl appearance wearing blue, the 308-pound tackle was a crucial blindside protector for both teams. The Long Island native started 156 games in his 14-year career. He is most known for catching the game-tying touchdown on a pass made by Vinny Testaverde during the “Monday Night Miracle” win over the Miami Dolphins.

In 2001, the Jets drafted McKenzie in the third round and he served as a reliable right tackle for four seasons with the Jets. Despite starting every game for three straight years, the Jets let him hit free agency where the crosstown-rival Giants swept in and solidified the right side of their offensive line. In his seven years with the Giants, he started 105 games and won two Super Bowls. He retired after winning his second championship.

“Snacks” Harrison remains one of the best run-stoppers in the league. While he currently plays ball in Detroit, He spent the first six and a half years of his career between the Jets and Giants. After going undrafted in 2012, the Jets signed him after the draft and didn’t let go of him for four seasons. He played alongside the likes of Muhammad Wilkerson and Sheldon Richardson to form a scary defensive line in 2015, a 10-win season for the Jets. After 2015, Harrison took his work to the Giants where he played for another dominant line in 2016 alongside Jason-Pierre Paul and Olivier Vernon. He made his sole playoff appearance in that season, and played for the G-Men for another year and a half before being traded midseason to the Lions in 2018.

Smith was considered a future franchise quarterback for the Jets, but his career unfortunately never took off despite 30 starts for the team in three years. In 2015, getting set for another year as the Jets starter, he was punched by IK Enemkpali and suffered a fractured jaw that kept him on the bench for the early parts of the season, and then permanently, once backup Ryan Fitzpatrick was playing well enough to keep the job. He later moved on to the Giants when he was chosen as replacement when Eli Manning was benched in 2017. That ended Manning’s 210 consecutive regular season starts streak, and Smith was taken out after one game due to fan backlash.

Kickers Are People Too