Space Careers: A Universe Of Options

Advice For High School Juniors And Seniors Applying For College

Above And Beyond: Long Island Teachers Step Up During Coronavirus

The face of adversity educators are stepping up to the plate to continue to provide children with quality education.
Read more
Careers & Profiles In Education

Community Coming Together To Help Those In Need

Kids in the community are also doing what they can to help.
Read more
TOP STORIES

Studying the effects of gravity on the human body. Building the next generation of telescopes. Explaining discoveries about the solar system in understandable terms. These are just a few examples of the projects that workers undertake in jobs related to space exploration.

Astronauts may be the most well-known space workers, but they hold few of the jobs. (See box.) The logistics of space missions require a large team of workers with a variety of skills. “It takes the persistence and intelligence of designers, engineers, scientists, and storytellers to bring a project together,” said Nasreen Alkhateeb, a multimedia producer for the National Aeronautics and Space Administration (NASA). “The potential of what you’re good at, what you want to do, and what you already know may fit with a career in space.”

For centuries, space exploration was limited to what astronomers could observe from Earth. It wasn’t until the mid-20th century that humans began to physically explore space. And U.S. workers continue to be active participants in the research, design, and communications involved in extraterrestrial travel.

In many ways, space missions build on what the early astronomers learned, often with the same motivations. For example, observations of tiny fluctuations in the light from distant stars helped scientists discover exoplanets orbiting in other solar systems. “It’s important to answer questions like: How does the universe work? Why are we here? Are we alone?” said Maggie Masetti, a social media lead at NASA.

Many of the technologies developed to explore space have also resulted in innovations that benefit our everyday lives. For example, the precision required to cut large mirrors for telescopes has improved laser eye surgery; materials created to soften spacecraft landings were modified for radial tires and memory foam; and research into solar-powered aircraft was adapted to improve solar cells for residential, commercial, and other uses.

NASA, the federal agency that specializes in air travel and space exploration, has about 17,000 workers. And even though most of these workers never leave Earth, they are involved in the projects that do. “A lot of people don’t realize the depth and breadth of what we do,” said Steve Sabia, a user interface designer at NASA. “We have all kinds of missions studying all kinds of phenomena, including earth science and exploring comets, asteroids, neighboring planets, deep space, and so much more.” 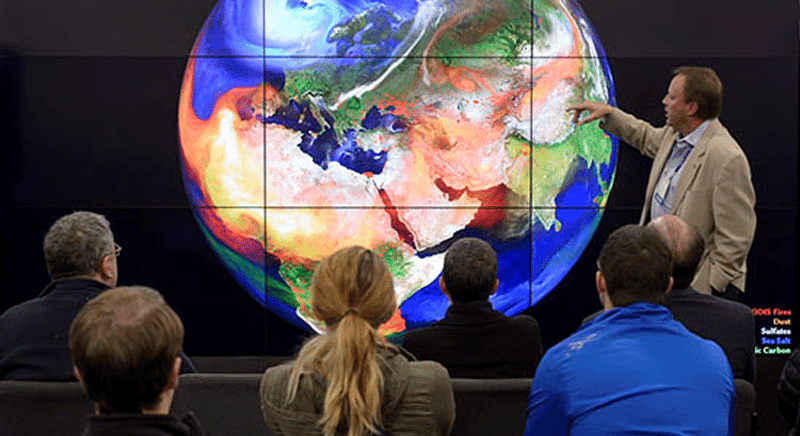 Other government agencies that employ workers in space-related occupations include the U.S. Department of Defense, the Federal Communications Commission, and the National Science Foundation. Private companies, including those that contract with federal agencies, employ workers in industries such as aerospace product and parts manufacturing and scientific research and development services.

The U.S. Bureau of Labor Statistics (BLS) Occupational Employment Statistics survey does not collect employment and wage data by detailed occupation in space-related industries. However, the BLS Quarterly Census of Employment and Wages program publishes industry data by county. For example, space research and technology in Harris County, Texas—home of Johnson Space Center—employed 2,920 in March 2016, with average weekly wages of about $2,540.

Visit www.bls.gov/careeroutlook for more information about a career in this field.

Previous articleWhich College Is Right for You?
Next articlePost-Election, It’s Time To Have An Open Dialogue With Young People