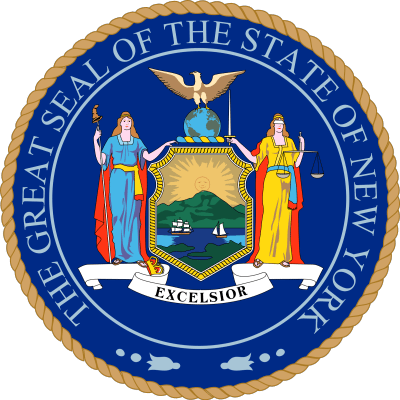 It’s back. The Syosset-Westchester tunnel is back. It won’t be built this time, either, which is probably a good thing.

In his recent State of the State address and other pronouncements, Governor Andrew Cuomo has outlined an enormous capital investment plan to improve New York’s infrastructure. The governor’s public relations machine has been pushing the phrase “Master Builder.” That phrase is usually reserved for Robert Moses who, under the auspices of a dozen agencies, created landmark urban highways and public parks that helped shape the New York Metropolitan Area, or for Governor Nelson Rockefeller, who built thousands of miles of highways, dozens of college campuses and more.

The governor hasn’t indicated how his $100 billion wish list will be financed, and his track record isn’t inspiring. There’s still palpable disappointment about his unilateral decision to replace the Tappan Zee Bridge with a similarly dysfunctional bridge. There is no provision for commuter rail, high speed bus or HOV lanes, peak-hour toll systems or anything else that will ease the bottlenecks and jams that have plagued nearby communities for decades.

Back in the day, only Governor Dewey wanted the Tappan Zee Bridge where it ended up, over a three-mile gap and inaccessible bedrock. If it went further south, where engineers wanted it, revenues would have to be shared with New Jersey through the Port Authority.

Rockefeller and Moses, sometimes enemies and always rivals, worked together to build the Syosset-Westchester crossing for nearly a decade and ended up defeated. This route was also not selected as an engineering solution to traffic problems but as a political solution. Moses wanted an intra-New York route so that revenues would go to his Triborough Authority.

Two public officials, neither well-remembered, got the Cross-Sound concept right.

Senator Royal Copeland is our least-remembered three-term U.S. senator. He was nominated by the 1922 Democratic State Convention because at that moment it was important to make nice with publisher William Randolph Hearst, so they nominated his doctor. Copeland’s big achievement was continuing to write his “About Your Health” newspaper column during his time in D.C. Copeland hated the New Deal and in 1937, he ran against Mayor LaGuardia in both the Republican and Democratic primaries, losing both.

In 1938, Copeland was chairman of the powerful Commerce Committee. On May 18, he had the committee take up a bill authorizing an 18-mile bridge from Orient Point to Groton, CT, via Plum, Gull and Fisher’s islands. Engineers started surveying. Four weeks later, Copeland suddenly dropped dead. His successor as chairman replaced the bridge with a project of his own.

Suffolk County Executive Lee Dennison, who served from 1960-71, was a civil engineer who raised the idea of a cross-sound bridge as an economic development plan. Dennison eventually tried to get federal approval of three bridges across the Sound, all built by Suffolk County, including a railroad line.

Copeland and Dennison got the crossing idea right because to really change the traffic pattern and open up the congested East River bridges, the next crossing should be made east of Port Jefferson. Crossing at Syosset wouldn’t change enough, and Long Island would remain a virtual dead-end.

It’s bizarre that Newsday is now all-in for the “Cross Sound Link” at Syosset. In the 1960s, Newsday fought a war against Robert Moses and his plan to “funnel more traffic through Nassau” (Editorial, September 1964), favoring in particular an Orient Point crossing. Moses was expert at blocking projects that wouldn’t be built by him, so no dice.

Opposition has always been strongest on the Westchester side, where possible landing areas are all in parks or villages. A lower-profile tunnel may generate a little less opposition than a bridge, but it will only add to the massive jams leading to the Tappan Zee.