Sophie B. Hawkins: An Artist For All Seasons

Andrea Bolender’s wrist says a lot. The bracelet on that wrist is powerful, a constant reminder of what her father went through 75 years...
Read more
Design & Décor

Consider these recommendations for upcoming virtual talks, readings and more in and around New York City: Philosophy in the Library: Ian Olasov Discusses Ask a...
Read more
TOP STORIES

It would be easy to refer to Sophie B. Hawkins as a musician who had some major-label success in the 1990s. While a falling out with Columbia Records over the direction of 1999’s Timbre led to Hawkins striking out on an independent music path, the Manhattan native has always embraced a more far-reaching approach to her craft. She starred as Janis Joplin in the 2012 play Room 105, has been painting on the side and found her first muse in the writings of Virginia Woolf. Hawkins’ musical odyssey also had an unorthodox start when as a teen, she decided to study African drumming and wound up under the tutelage of the late and great Nigerian percussionist Babatunde Olatunji. Having played a show in Rhode Island, Hawkins was driving up to Maine to visit her son in camp along with her 3-year-old daughter. This self-awareness of being an artist was something she understood early on.

“When I was 14 and I was learning African drums, I was also reading Virginia Woolf in Riverside Park. I remember reading Virginia Woolf’s To the Lighthouse, eating sticky buns and getting to the end and reading a passage over and over again. It’s a scene where the father goes down the hall and he reaches for his wife and she’s dead. It moved me so much that I said to myself that I was going to be an artist and a writer,” she recalled. “I never knew that I was going to be a songwriter. I knew that music was a way to something and I never felt like I was going to be a great musician, but I just had to reach for it. I always felt like I was a writer and that’s when I decided that I wanted to become an artist.”

Hawkins’ early success included a 1992 debut (Tongues and Tales) that yielded a Top 5 hit (“Damn, I Wish I Was Your Lover”) and an invitation to play a Madison Square Garden concert as part of 1992’s 30th Anniversary Concert Celebration honoring Bob Dylan’s 30 years of recording music. After the fall-out with Sony/Columbia Records, the eclectic singer-songwriter continued to forge her own path, releasing a total of five more albums, with the last being 2012’s The Crossing. And while the recording process has been cut back significantly, she’s been a constant presence on the road, where she’ll play a few dates on Long Island regularly. It’s no accident, given her love of the area, dating back to when she and her family would trek out to Sag Harbor, long before it became a trendy thing to do.

“My family went [to the East End] every summer, Christmas, Easter and holidays from Manhattan. It wasn’t cool, chi-chi or expensive. It was what I loved so much,” she recalled. “It’s almost gotten too hard to go to because it’s gotten so crowded. I do go to Westhampton with my kids because it’s the uncrowded Hampton and it’s pretty basic still. I’ve maintained my love and commitment to Long Island so much so that I want to have my kids live on Long Island for as much of the year as they can.” 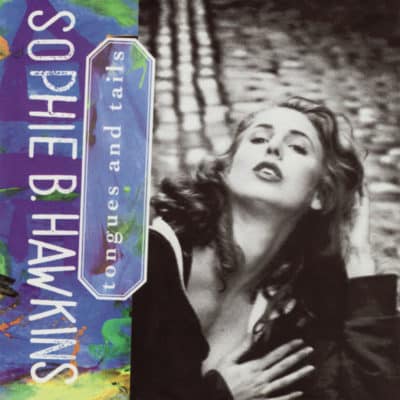 With the current collapse of the traditional music industry model, Hawkins is at a crossroads when it comes to releasing new music. Between streaming services that virtually pay nothing in royalties while catering to a generation that’s either unwilling or uninterested in paying for music, Hawkins has an entire album in the can ready to put out, with no clear idea of how to do it and still support her family. And while she’s spent the past couple of years focusing on an original theatrical work she’s dubbed Playsical, she’s decided to consolidate and relaunch her creative platform, with emphasis placed on the new material. While she is still pondering it, one idea is focusing on her November City Winery gig in which members of her die hard fan base are recognized for their devotion to Hawkins over the years. It’s that loyalty that is not only important to the single mother of two, but part of what helps drive her.

“The part of me that is a songwriter is so profoundly healing and deep to me. It’s really the teacher—the person that heals and teaches me. And that’s why it reaches other people when it does. You have to rebuild so that you’re really connected with the fans in a way that you know that you can maintain. Not the BS of hiring people to do it for me and then dropping off,” she said. “I’ve been playing the new songs live and people respond to the new songs amazingly. Also, what’s been happening is that I’ve been getting new people to the shows and I don’t know exactly how. But there’s been people that love the new songs. And I’ve been doing solo shows, obviously to survive, because you can’t afford to pay musicians. But that’s not the Sophie that people knew before. I was like a rock star, but now I go up there alone, play these songs and it’s really fulfilling.”

Sophie B. Hawkins will be appearing on Aug. 9 at My Father’s Place at the Roslyn Hotel, 1221 Old Northern Blvd., Roslyn. For more information, visit www.myfathersplace.com
or call 516-625-2700.