The fantastical show returns to Broadway for eight weeks only

Though the weather outside is frightful, the weather inside the Stephen Sondheim Theatre is purely delightful while Slava’s Snowshow is in production. Unlike any other show on Broadway, the theatrical classic creates a fantastical winter setting and stirs up a childlike wonder in all who experience it.

Developed by performance artist Slava Polunin in his home country of Russia, Slava’s Snowshow first made its debut in America in 2004 and became an instant sensation in New York City. Those who witnessed it back then are thrilled to see it return for a limited engagement ending on Jan. 5. Polunin and his cohorts utter not a word while on stage, but speak a universal language that everyone can understand. They take the art of clowning to a new level with moments of curiosity, poetry, wistfulness and humor. 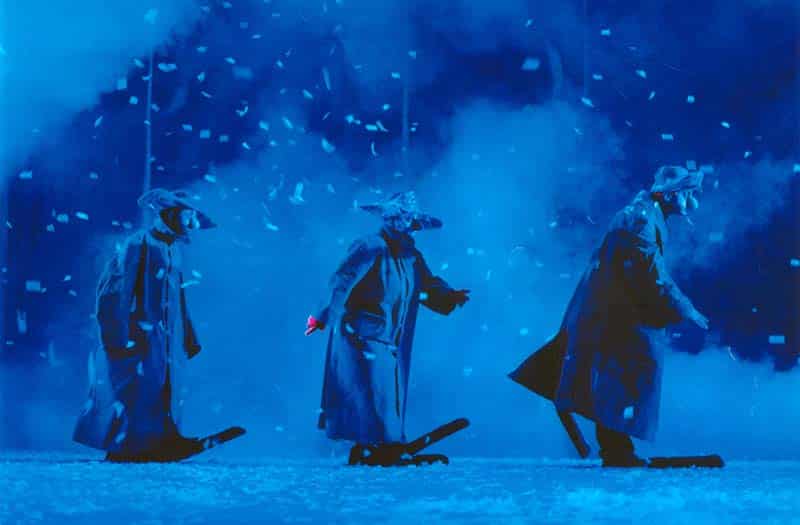 The special effects make a trip to the theatre a true adventure. From simulated rain, to fog, to a breathtaking blizzard, the snow show is remarkably interactive in a way everyone, young and old, will find magical. Slava and the cast don’t rely on the slapstick variety of clowning. Instead they use effective optical illusions that immerse you in a dreamlike world where snow is plentiful and your imagination can run wild. Every moment is completely captivating and conjures the holiday spirit without using traditional holiday imagery.

The troupe of clowns, in their peculiar costumes and painted faces, improvise scenes and interact with the audience in unexpected ways each night, allowing you to dive deeper into the surreal atmosphere they create. 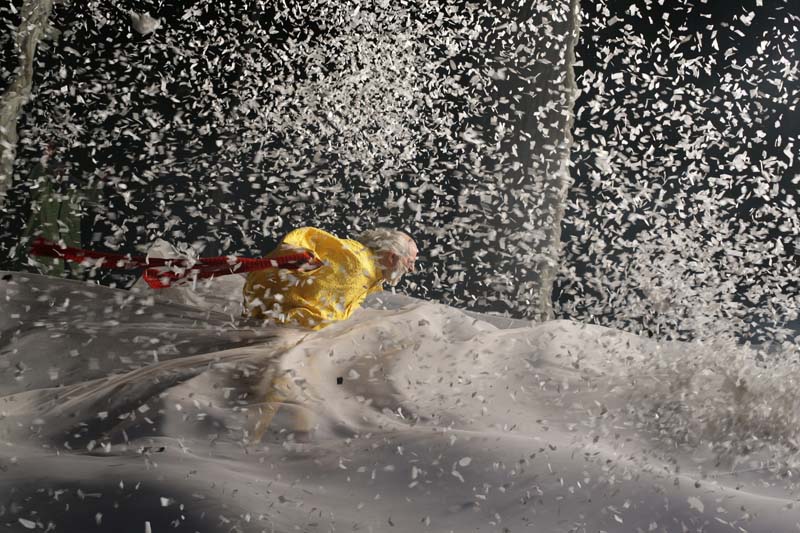 The finale is not to be missed. It is pure, unadulterated fun and thoroughly unforgettable, as is the whole show.

Slava’s Snowshow has earned more than twenty international accolades, including an Olivier Award for Best Entertainment, a Drama Desk Award and a Tony Award nomination.
Families will love to experience Slava’s Snowshow together. Due to the interactive nature of the show and the special effects, it is recommended for children ages 8 and up. It is 100 minutes long with a 15-minute “intermission” that you’ll want to return to your seats for early.