Skin And Liver, Liver And Skin 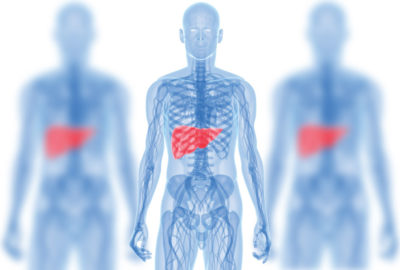 The liver is the largest internal organ in the body while the skin is the body’s largest overall organ. Many liver problems will manifest on the skin and an astute observer can diagnosis liver conditions by carefully examining the skin. Skin manifestations are one the most common ways that liver diseases show themselves and often these findings provide the first clues to underlying liver disease. A good understanding of the skin manifestations of liver disease prepares the non-dermatologist for more accurate and improved diagnosis and care.

Yellowing of the skin or jaundice is perhaps the best-known skin finding seen in liver disease. When liver disease leads to a rise in the levels of bilirubin in the blood, the conjunctivae of the eyes and the skin turn yellow. The higher the bilirubin in the blood, the deeper yellow a person’s skin may become. Palmar erythema or “liver palms” is a nonspecific red discoloration of the palms and fingertips of the hands associated with liver disease. About one-quarter of people with cirrhosis will have this finding that has been attributed to abnormally high serum estradiol levels. One of the more interesting common skin findings in people with liver disease is called spider nevi or spider angiomas. These are anomalies in the small blood vessels in which a central arteriole is surrounded by smaller blood vessels which radiate from its center. This gives an appearance resembling spiders’ legs. These are caused by a failure of the musculature surrounding the arteriole to contract. Spider angiomas are classically in the upper chest. While spider angiomas do occur in healthy people, the presence of more than five “spiders” is highly suggestive of underlying liver disease.

Nails can also show changes suggestive of liver disease. Terry’s nail is a physical finding in which fingernails and toenails appear white with a characteristic “ground glass” appearance. The affected nails have a bed that is white or pink with a distal transverse band that is pink to brown in color. The degree of pallor of the nail bed and the darkness of the distal band can predict how long the underlying disease has affected the patient.

In general, liver disease does not lead to rashes but rather, rashes can be a manifestation of a systemic process. Hepatitis B, however, can cause the development of recurrent popular eruptions and skin nodules. Hepatitis C has been associated with such skin conditions as lichen planus, cryoglobulinemia and porphyria cutanea tarda.