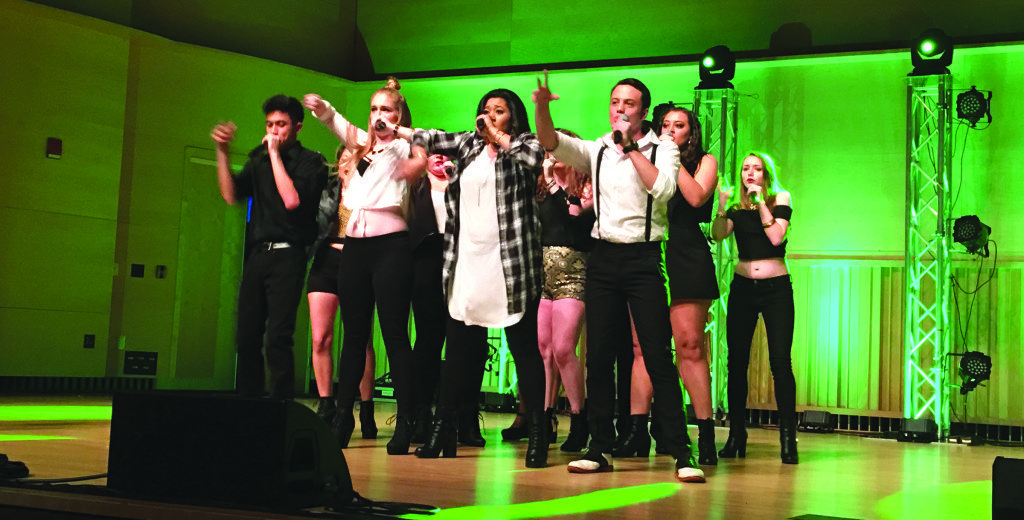 Performances ranged from pop-hits to overtone, barbershop to Broadway. Audience members were given the chance to vote for their favorite group via cell phone, and there was a panel of judges ready to offer feedback for the performers.

Since founded in 2009, SingStrong has hosted 11 a cappella festivals that include concerts, competitions and silent auctions to raise money for the fight against Alzheimer’s disease. Minkoff says that SingStrong is dedicated to honing the talent of a cappella performers while also raising awareness for a worthy cause.

“We all shared this strong interest in making the world a little bit better, and the way we chose to do that is to fight Alzheimer’s disease,” said Minkoff.

Each group of performers had ten minutes to showcase their talent using
only their vocals. The groups performed up to three songs during their sets and incorporated elements of beat-boxing, as well as choreography, to their routines.

SingStrong’s ACA-IDOL is also the first a cappella competition that allows their performers to use “vocal looping” during their sets. Vocal looping allows the performers to record their vocal sounds and put them on a continuous repeat. This is especially helpful for groups with only a few members.

“A cappella is music without instruments… It’s an art form that is exploding, that is so cutting edge, where people are learning to use their vocal instrument in ways that have never been used before,” said Minkoff.

As a coach on Lifetime TV’s Pitch Slapped and lead female vocalist of a cappella group Blue Jupiter, Diana Preisler is no stranger to the world of a cappella. She has toured the world with her group, but she says teaching a cappella is one of the more fonder moments of her career.

“It’s always great because when they’re here in this environment with SingStrong, it’s because they want to get better and they want to take it to the next level, so it’s so rewarding for us as coaches and them as performers. Jonathan and I both really enjoy that part of being an educator and being a coach,” said Preisler.

This festival was also SingStrong’s first New York event. SingStrong has held festivals in various major cities in the past. Priesler and Minkoff, who are both Long Island natives, said they were excited to hold an event like this at home.

The Adelphi community was especially excited to have an event of this stature hosted on their campus. Adelphi’s very own a cappella group, Paws and Rewind, had its members serve as volunteers during the festival. Junior student and vocalist for Paws and Rewind Rohit Singla said that a cappella is something he and his Adelphi peers are very passionate about.

“We sang the national anthem for the New York Lizards—that’s a professional lacrosse team. We went to SingStrong D.C. and learned a lot from there. We opened up for Blue Jupiter last year, but our biggest accomplishment is hosting SingStrong New York,” said Singla.

The volunteers did not go unnoticed either. Priesler verified that the volunteer teams that assist SingStrong always put the most into helping out in the name of a cappella.

“Our volunteer teams—some of them are from the local community and some of them travel far and wide to come and volunteer their time. They hardly get an hour of sleep the whole weekend but they don’t care… they are so dedicated to not only a cappella as an art form, but to this community,” said Priesler. 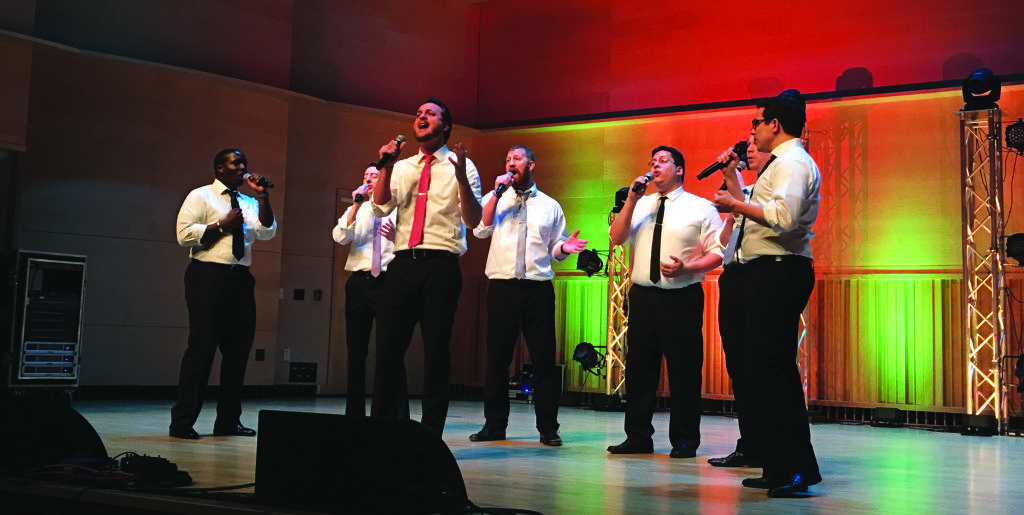 Both Minkoff and Priesler said that the world of a cappella is like one big family, and everyone supports one another throughout their vocal careers.

“Everyone is very connected here. We share so much together. The audience becomes a part of our family at SingStrong… You’re networking and then after you meet each other everyone is one community so it is exciting for attendees, for high schools, for colleges, for kids of all ages to meet these headliners. It’s just as exciting for these performers to get so much love in return from the audience. It’s a culture here at SingStrong and we’re all a part of this,” said Priesler.