Sinatra’s Turn At The Movies

To receive an application to apply for the Fall 2020 semester, visit hopeforthewarriors.org and apply for services.
Read more
TOP STORIES

In Frank Sinatra’s early days of stardom, the man known as the Chairman of the Board could send legions of bobby soxers swooning with his Italian light baritone and a flicker of his ol’ blue eyes. But as the 1940s turned into the 1950s and a string of poorly received musicals and an adulterous affair with Ava Gardner caused his popularity to wane, Sinatra sought to turn his fortunes around. He found an opportunity in film—but more specifically, film beyond musicals.

The Sinatra renaissance started here with From Here To Eternity. Nabbing the role following a disastrous vocal chord hemorrhage in 1950, the film would prove to be exactly what Sinatra needed to get back into the public eye, and then some, as the film scored Sinatra an Academy Award for Best Supporting Actor. Starring alongside Burt Lancaster and Montgomery Clift, Sinatra plays Private Angelo Maggio, a violent yet likable Italian-American GI whose cocky attitude gets him into trouble again and again.

Sinatra is the emotional backbone of the film, and his performance should be remembered just as much if not more than the famous beach scene with Lancaster and Deborah Kerr. 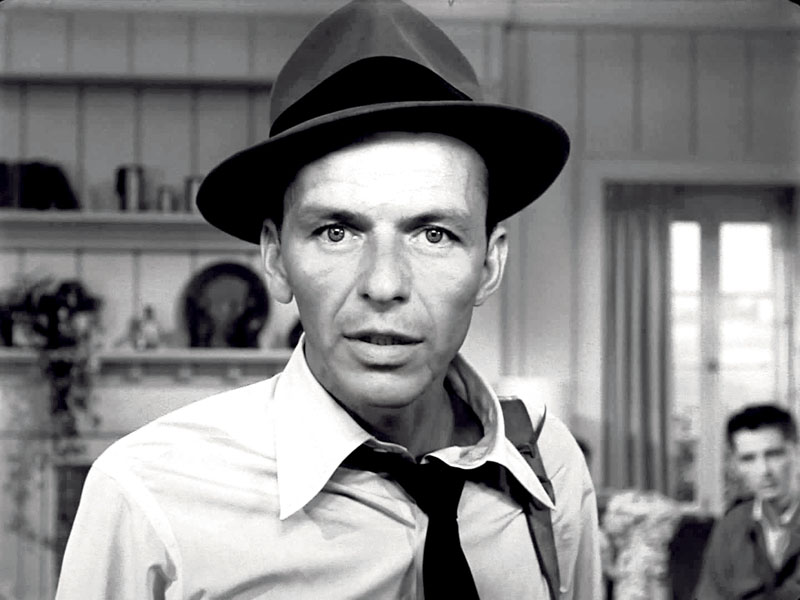 A lesser-known political drama of the 1950s, Suddenly is a taunt thriller in the vein of film noir that finds Sinatra playing against type as a psychotic assassin. Based in postwar America, the film sees the President of the United States scheduled to journey by train through the small Californian town of Suddenly. Sinatra’s John Baron, claiming to be a lead FBI agent, turns out to be an assassin looking for the perfect perch to kill the passing president. Though the film is mostly forgotten, Sinatra sizzles as the ruthless Baron.

Released a mere nine years before the assassination of JFK, rumors swirled that Suddenly was Lee Harvey Oswald’s favorite movie and that Sinatra had the film pulled from distribution because he felt partially responsible for Kennedy’s death. Though intriguing, there is no concrete evidence of either rumor. 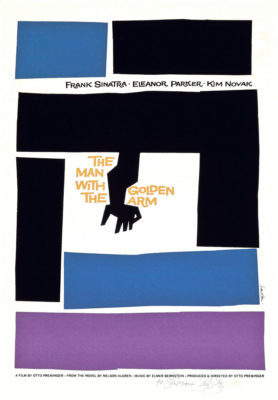 Another film to play with elements of film noir was The Man With The Golden Arm, which tells the story of a drug addict who cleans up in prison but struggles to readjust to the outside world. Sinatra garnered an Academy Award nomination for his lead role of Frankie Machine, the down-on-his-luck ex-con who easily falls back into the world of drugs and gambling. In this film, Sinatra shows real range with drug mania, post-clink depression and gut-wrenching withdrawal. It all comes to a head in the end when Frankie’s love meets her untimely demise and Sinatra’s character can do nothing but watch in dismay and walk away. 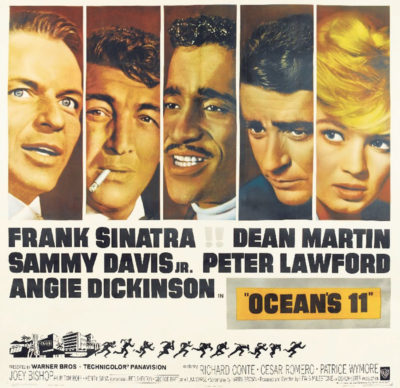 This classic heist movie, rebooted with George Clooney and friends in the early 2000s, depicts Sinatra and his Rat Pack brethren plotting to rob a series of Las Vegas casinos during a New Year’s Eve blackout. Sinatra is charming as Danny Ocean and proves to be a generous performer, graciously granting screen time to the likes of Dean Martin, Sammy Davis Jr., Joey Bishop and Peter Lawford, along with Angie Dickinson, Cesar Romero and Norman Fell with cameos by Shirley MacLaine and Red Skelton.

It’s a bloated cast to be sure, but Sinatra’s self confidence rises above the din created by what amounts to the 1960s version of a bunch of famous friends and their private party. 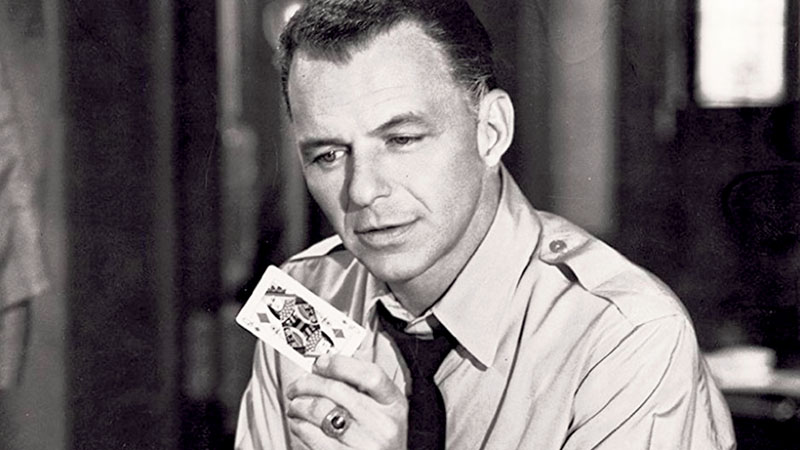 A real mind-bender of a movie, especially by 1962 standards, The Manchurian Candidate is a suspense thriller awash with the Cold War and sleeper agents—in other words, the perfect film for post-red scare America. In the film, Sinatra stars as Bennett Marco, an army major who believes a returning soldier has been brainwashed by the Soviets.

Released during the Cuban Missile Crisis, the filmed reflected the day’s anxieties, but also seemed to foreshadow the impending political assassinations of the 1960s. Much like Suddenly, rumors circulated that the film was pulled following the assassination of JFK, but in reality a bad distribution deal buried the film until it was rereleased in 1987. 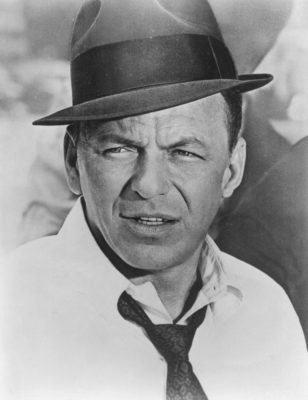 The classic private-detective-looks-cool-in-fedora movie, complete with a seductive bombshell, plenty of thugs and a chloroform attack. Sinatra stars in the title role of Tony Rome, a Miami private investigator that must locate a missing diamond pin belonging to a wealthy heiress, while navigating murder, a double-cross or two and a twist ending.

A neo-noir detective drama, the film saw Sinatra ease into the kind of role once frequented by his friend Humphrey Bogart, who had died 10 years earlier.

Consider these recommendations for upcoming talks, readings and more in and around New York City: “History of Jazz in New York City” Webinar & 78rpm...
Read more