Silver Gave, Then Took, From Commuters

A newspaper columnist absurdly bemoaned last week that the jurors who convicted former state Assembly Speaker Sheldon Silver had been unable to judge a Silver decision for which he “will have to answer to his Maker.”
Eternal damnation sets a high bar for any kind of wrongdoing so I laughed out loud when John Podhoretz, a former New York Post editorial page editor, suggested Silver should spend the hereafter in an extremely warm place for his role in rescinding a temporary commuter tax at the end of the 20th century.

“In May 1999, New York City was dealt a grievous blow in one fell swoop when hundreds of millions of dollars in annual tax revenue was taken away from it by the state — due entirely to the actions of an unprincipled and unconscionable assemblyman whose district encompassed lower Manhattan,” Podhoretz wrote, in the Post’s Dec. 2 print edition.

“That slimy pol was Sheldon Silver, convicted on Monday of using his position as speaker of the New York Assembly to enrich himself illegally. His job was to represent local interests, meaning the interests of his constituents. And in 1999, he betrayed them for the most craven, most ignoble possible reason: To help him accrete his personal power in Albany.”

Not so. The back story: the state legislature in the mid-1960s levied a tax on people who worked in New York City, but did not live in the city. Billed as a temporary measure, it was supposed to stay in place until the city’s government could balance its books. Commuters set aside 0.45 percent of their annual gross income for the privilege of working in the city and having access to its municipal services, the tax’s advocates argued. Yet, in April 1999, the Giuliani administration projected the city would end its 1999 Fiscal Year with a record-high $2.1 billion budget surplus. So why did the city need the hundreds of millions of dollars generated annually by the commuter tax?

The same question was asked, and answered, in Albany. Assembly Speaker Silver was not looking to boost his personal power when he joined forces in 1999 with Governor George Pataki, and the Republican-controlled state senate, to eliminate the commuter tax. Indeed, Silver simply wanted to help a Democratic state senate candidate, rather than one for the state assembly, who was running that year (1999) in a Rockland County special election. In the end, the Republican candidate retained the state senate seat and commuters into the city kept a few hundred dollars a year in their pocket too. Their good fortune would change a decade later. 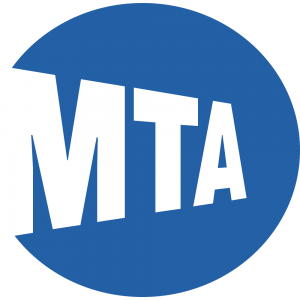 In 2009, the Metropolitan Transportation Authority (MTA) convinced Governor David Paterson and the state legislature, then controlled completely by Democrats, to enact an MTA payroll tax. It was less burdensome than the commuter tax (0.34 percent of annual gross income) but everyone in the state’s 12 downstate counties had to pay it, commuters and non-commuters alike. To this day, even though the measure was partially rescinded in 2011, the MTA’s payroll tax, which also included higher MTA taxes on rental cars and taxicabs, generates more than $1 billion annually for the MTA.

The timing of the MTA payroll tax’s implementation is important because the MTA’s Fulton Street Transit Center in lower Manhattan was being built in 2009 and desperately needed a cash infusion. That wildly over-budget boondoggle is now open. The Transit Center sits within New York State’s 65th Assembly District (AD). Do I even need to tell you who represented that AD? A hint: former Assemblyman Silver’s Maker must be smiling.